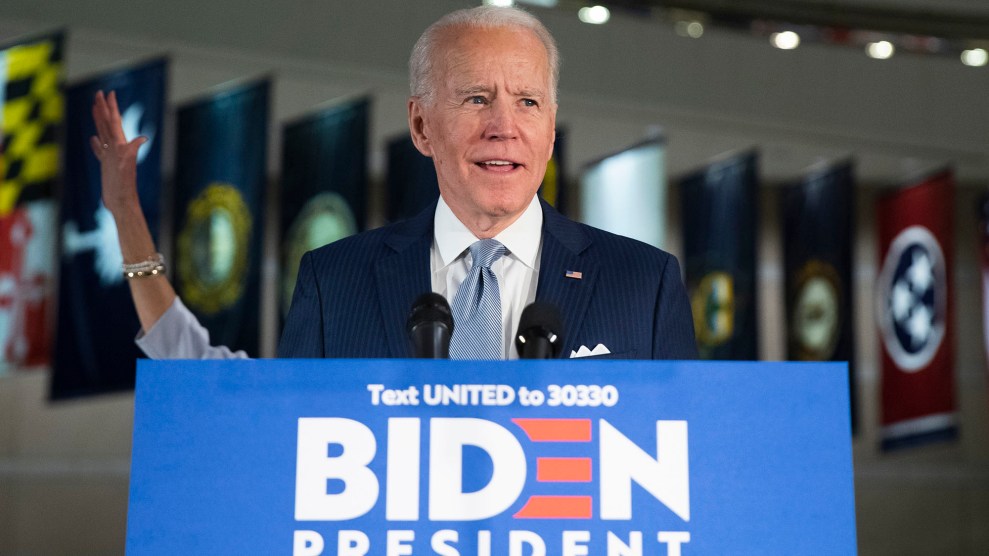 Since Black voters in South Carolina propelled Joe Biden to a comeback victory a few months ago, there has been a big looming question: How can Biden increase his appeal to young progressive Black voters—particularly women—who overwhelmingly backed rivals like Bernie Sanders and Elizabeth Warren?

In an unprecedented op-ed published Friday in the Washington Post, seven Black women, including Black Lives Matter co-founder Alicia Garza, and comedian and cultural commentator Amanda Seales, start to answer that question. “Vice President Biden, You need us, you owe us,” they bluntly state, before going on to demand that Biden select a Black woman as his running mate, promise to nominate a Black woman to the Supreme Court if he’s elected in November, and come up with a comprehensive plan to combat the over-policing of Black communities.

“We have been the Democrats’ most reliable voting bloc since passage of the Voting Rights Act in 1965,” the op-ed reads. “Biden’s only path to victory is through black women and the voters we know how to energize.”

Alongside the op-ed, the women published a moving video to make their case:

While his impressive showing in South Carolina showed that Biden still had the hard-earned support of older and more moderate Black voters, his appeal to younger and first-time Black voters is shakier. Progressive Black women lined up behind Elizabeth Warren and Bernie Sanders, arguing that Biden’s treatment of Anita Hill and his support of the 1994 crime bill outweighed his serving in the administration of the first Black president.

Biden seems at least receptive to these demands. He’s already promised to pick a woman as his vice presidential running mate. Elizabeth Warren—who was endorsed by several prominent progressive Black women, including Garza—seems to be the favorite. But Stacey Abrams would be a popular choice, and she’s making a very public push to join the ticket. Kamala Harris has stayed relatively quiet recently, but is another favorite in Biden’s camp. Amy Klobuchar is reportedly still in the mix, though the op-ed explicitly agues against Biden picking her as his number two:

Biden, the presumptive Democratic nominee, does not need help winning white, working-class voters — he serves that function himself. A choice such as Sen. Amy Klobuchar (Minn.), who failed to prosecute controversial police killings and is responsible for the imprisonment of Myon Burrell, will only alienate black voters. These are the same voters who may be forced this fall to take personal risks to line up and vote in many states, especially where Republican efforts to suppress mail-in voting are successful. This is a lot to ask amid a coronavirus pandemic that is disproportionately more deadly to black people.

While campaigning in a pandemic presents a whole host of new problems for any candidate, what’s clear is that Joe Biden is going to have to do a lot more than show up in his basement studio if he wants to bring new or non-regular voters to the polls. He’ll have to come up with a plan to energize voters, particularly Black women, around what he can do, not just on what he saw get done as vice president. A new New deal, which New York Magazine reported is his plan if elected, is necessary. Biden also needs to court dealmakers. Luckily, they’re telling him just how to do it.