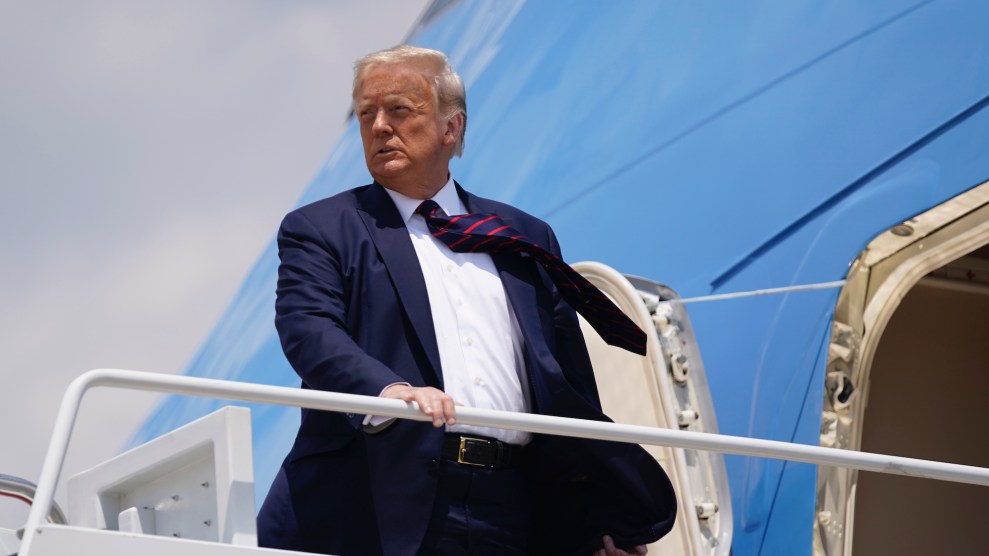 A watchdog group is alleging that Donald Trump’s presidential campaign has laundered $170 million through companies controlled by campaign officials as part of an effort to avoid disclosing which vendors it is really paying for services.

Under Federal Election Commission rules, campaigns are supposed to detail who they are paying. While some campaign vendors do hire sub-contractors or farm out work to other firms, a complaint to the FEC filed Tuesday by the nonpartisan Campaign Legal Center alleges that the Trump campaign is doing this on an industrial scale and is obscuring vast amounts of spending.

According to the complaint, then-campaign manager Brad Parscale and other campaign officials in 2018 created a company called American Made Media, which has since been paid more than $106 million, making it the campaign’s largest vendor. The campaign said that instead of hiring outside media buyers to purchase ads for the campaign, this new company would be used to directly purchase the ads and cut out the middle-man. However, the Campaign Legal Center complaint points out that public records of television ad purchases appear to show that at least some of the campaign’s ad-buying has been conducted by a Virginia firm called Harris Sikes Media. The campaign has never reported to the FEC that it hired Harris Sikes. According to the Campaign Legal Center complaint, this suggests that American Made Media isn’t buying ads itself, just blocking the FEC from seeing who the campaign is hiring to buy ads.

“The campaign’s failure to itemize disbursements to its ultimate vendors means that the public is left in the dark about the entities working for the Trump campaign, the nature of their services, and the full amount they are paid,” the complaint contends.

The Trump campaign did not respond to a request for comment on the complaint.

The complaint also lists several high-profile projects launched by the campaign that have never shown up in the FEC filings. For example, in April Parscale bragged in cable news interviews about a new app the campaign was developing, saying it would be “directly owned” and controlled by the campaign. But, Phunware, the company that built the app, has never appeared in the campaign’s spending reports. According to the Campaign Legal Center, that’s because it was paid through American Made Media—an allegation that would seem to be backed up by the company’s own statements highlighting its relationship with American Made Media.

Asked for comment by Mother Jones, Phunware directed questions about the complaint to the Trump campaign. The campaign and National Media, Harris Sikes Media’s parent company, did not respond to requests for comment.

Parscale was fired as campaign manager earlier this month. But he has remained involved with the campaign, which is not surprising considering how closely he is reported to have ingratiated himself with the Trump family—including paying Trump family members working on the campaign through his own company, Parscale Strategy. The Campaign Legal Center complaint notes that Parscale Strategy is used as the vehicle to pay Lara Trump, who is the wife of Eric Trump, and Kimberly Guilfoyle, who is Donald Trump Jr.’s girlfriend.