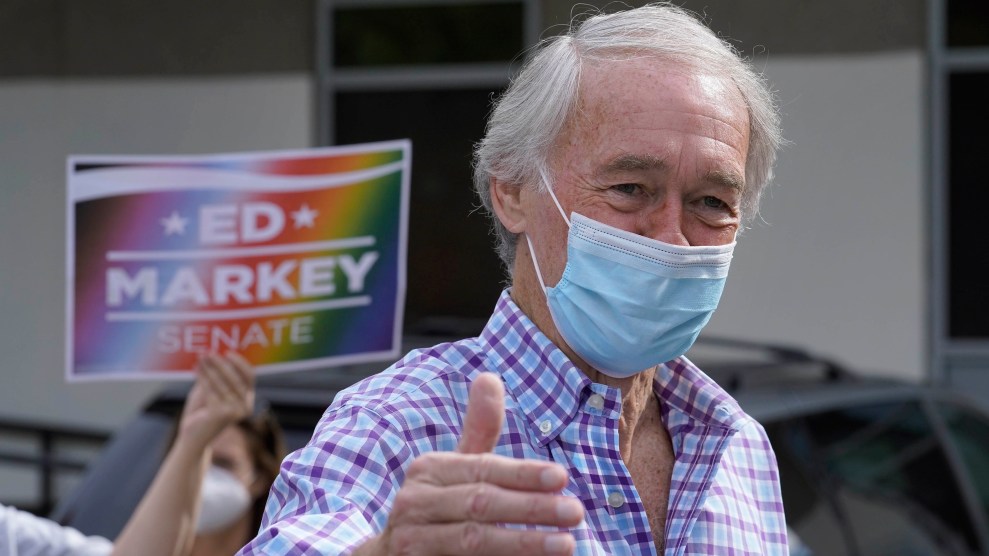 For the last three years, the left has trained their sights on ousting incumbent Democrats who stand in the way of their liberal agenda. But in the Massachusetts Senate race, they were forced to defend their own, and they won: Sen. Ed Markey (D-Mass.) has fended off a primary challenge from Rep. Joseph P. Kennedy III (D-Mass.), with Kennedy conceding the race as the results were still coming in Tuesday night.

When Kennedy declared his challenge to Markey last September, he framed it as a generational challenge. The four-term member of Congress said in his Facebook announcement that this race would be “the fight of my generation.” The Boston Globe said it was “the starting gun of a generational showdown.”

It was a quip that drew the battle lines in a Democratic primary that largely defied them. As I wrote last fall, “both have hewed to the bleeding edge of progressive politics”:

In addition to his longstanding role as a leader when it comes to pushing climate change legislation, Markey was at the forefront on issues such as net neutrality and denuclearization during his 13 terms in the House. And Kennedy has spent his scant time in Congress staking out a progressive record. Earlier this month, Kennedy, who backed the Green New Deal in December, wrote about the need to “end the filibuster, eliminate the electoral college and put in term limits for Supreme Court justices” on his Facebook page. Both have cosponsored their chambers’ respective Medicare for All bills and endorsed fellow Bay Stater Elizabeth Warren’s run for president.

But Ocasio-Cortez’s contribution to the fight was more than just her political framing. Her work with Markey on the Green New Deal drew the early endorsement of the Sunrise Movement—and it’s very young, very Online supporters, as I wrote last week:

“If he was alright with AOC, he was alright with them,” Markey campaign manager John Walsh tells me, referring to the New York lawmaker’s influence on progressive voters who might not have known much about the senator. “This is based on who Ed is, and this energy with Sunrise and others was already in the tank. And all we had to do is figure out how to bring it out.”

To “bring it out,” the Markey campaign appealed to the proclivities of Markey’s Gen Z fans, refashioning the 74-year-old as a progressive firebrand and unintentional hipster—not unlike the sort of political branding Sen. Bernie Sanders (I-Vt.) enjoyed during his two presidential runs. The effort reached its apex in April, when the campaign tweeted a PSA on the merits of mask-wearing, featuring Markey modeling his own in a bomber jacket and Nike high-tops. From there, the Markeyverse was born, an enthusiastic group of dozens of Markey stan accounts that did the heavy lifting of digital organizing in the midst of a campaign now almost entirely online.

But what led to Kennedy’s loss was not Markey’s army of memers, many of whom are too young to vote or don’t live in Massachusetts. It was the coalition of affluent, white, liberal Sanders and Warren sympathizers who joined them, achieving a unity that evaded that group during the presidential primary. Kennedy, meanwhile will now be out of a job come January—and is the first Kennedy to ever lose a race in Massachusetts.