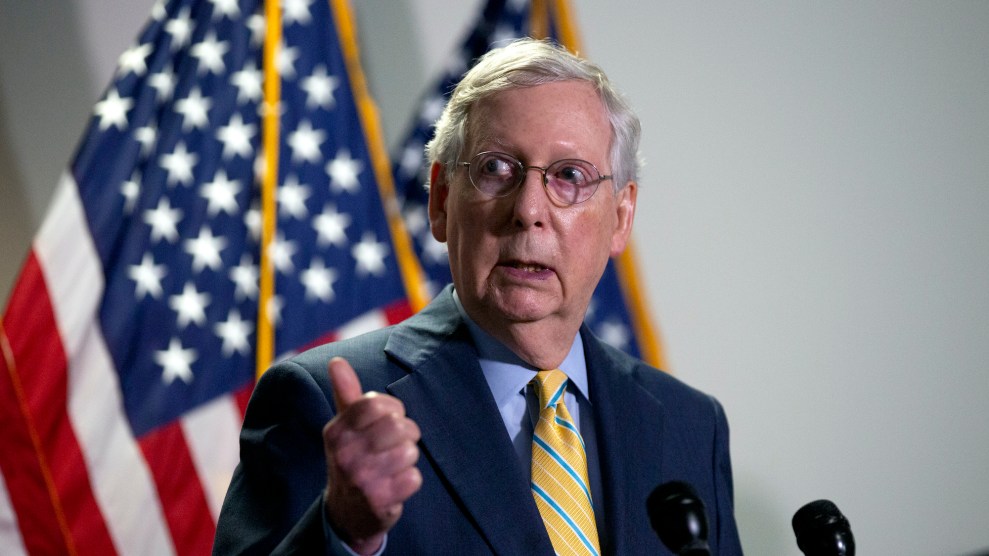 Not two hours after Supreme Court Justice Antonin Scalia died on February 13, 2016, Senate Majority Leader Mitch McConnell had already thrown down a gauntlet: The Senate would not confirm a replacement for Scalia before a new president had taken office. McConnell sneeringly called the principle the “Biden rule,” referring to remarks in 1992 from then-Sen. Joe Biden, who urged the Senate president to delay a hypothetical confirmation until after the election if a vacancy did appear, following the contentious confirmation of Justice Clarence Thomas.

We all know how this story ended in 2016: McConnell got his way. President Barack Obama’s nominee, Judge Merrick Garland, was never given a vote, and Trump nominee Justice Neil Gorsuch was confirmed on April 7, 2017.

There’s little hope that McConnell will actually stick to the principle he laid out when Scalia died four years ago (342 days before the next president took office). “President Trump’s nominee will receive a vote on the floor of the United States Senate,” McConnell said in a statement Friday night. But following the death of Justice Ruth Bader Ginsburg earlier today (124 days before inauguration day 2021), it’s worth holding him to his words anyway.

February 13, 2016: “The American people should have a voice in the selection of their next Supreme Court Justice,” McConnell said in a statement released after Scalia’s death. “Therefore, this vacancy should not be filled until we have a new president.”

February 23, 2016: “I can now confidently say the view shared by virtually everybody in my conference, is that the nomination should be made by the president the people elect in the election that’s underway right now,” McConnell told reporters following Senate Republicans’ first closed-door meeting after Scalia’s death. “I believe the overwhelming view of the Republican Conference in the Senate is that this nomination should not be filled, this vacancy should not be filled by this lame duck president…The American people are perfectly capable of having their say on this issue, so let’s give them a voice. Let’s let the American people decide. The Senate will appropriately revisit the matter when it considers the qualifications of the nominee the next president nominates, whoever that might be.”

March 16, 2016: “The Senate will continue to observe the ‘Biden rule’ so that the American people have a voice in this momentous decision on who to name to the court,” McConnell said in a floor speech the day Obama nominated Garland.

May 18, 2016: Reacting to a forum called by Senate Democrats to discuss the lingering nomination of Garland, a statement from McConnell’s office called it a “sham hearing” and claimed Democrats were being hypocritical about the need to confirm Garland in an election year: “It seems the more we hear from Democrats about the Supreme Court the more we’re reminded by comparison of how reasonable and common-sense the Republican position is today.”

August 6, 2016: “One of my proudest moments was when I looked at Barack Obama in the eye and I said, ‘Mr. President, you will not fill this Supreme Court vacancy,'” McConnell told supporters at a political event in his home state of Kentucky.

Then, three year later, McConnell confirmed what everyone already knew: The principle he’d touted so regularly in 2016 was nothing but a matter of pure partisanship.

May 28, 2019: An attendee at a Chamber of Commerce event in Kentucky asks McConnell, “Should a Supreme Court justice die next year, what will your position be on filling that spot?”

Morning Joe put together a montage documenting Mitch McConnell's shameless flip-flop about the appropriateness of filling a SCOTUS seat in a presidential election year pic.twitter.com/Czc6dmPGbS