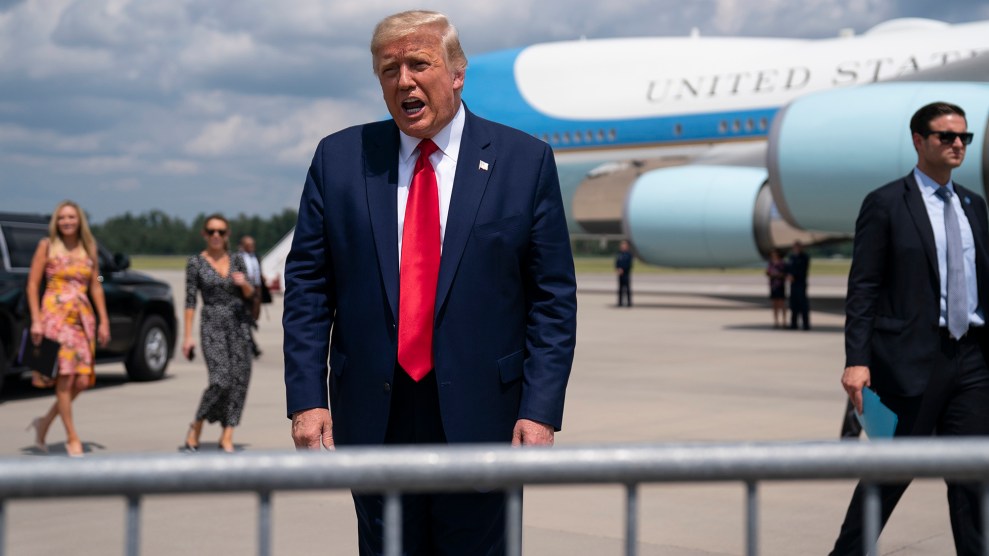 Election Day, according to my wall calendar and many other sources, is exactly 60 days from today: Tuesday, November 3, 2020. Depending on where you live, polls will open in the morning and close between 6 p.m. and 9 p.m. at night. If you vote in person, you might get a sticker. You might even be able to cast your vote at an NBA arena.

But the voting merely ends on November 3. It begins today. Like, right now.

According to the US Election Assistance Commission, 41 percent of all votes in the 2016 president election were cast before Election Day—17 percent at early-voting locations and 24 percent by mail. That’s 57 million votes, cast early. This year, with the COVID-19 pandemic pushing states to devote more resources to mail voting, it’s likely to be even higher. And the first of those ballots are being mailed today, in North Carolina.

Per the Charlotte Observer:

On Friday hundreds of thousands of absentee ballots will go in the mail as the state becomes the first to start voting for the November election. Election officials are braced for a record number of mail-in votes. More than 618,000 absentee requests had been received through Wednesday, and election officials expect up to 10 times as many as usual to be cast this year.

In North Carolina, absentee ballots can be requested until October 27, and returned ballots must be postmarked by 5 p.m. on November 3—though given the current crunch at the United States Postal Service, North Carolinians will probably want to give themselves more of a buffer than that. There’s probably a lot more you should know. Thankfully there are tons of simple resources to navigate the registration and voting process wherever you live.

The point is, it’s finally happening. Much of the coverage of the presidential campaign and down-ballot races will focus on November 3—or perhaps the aftermath of November 3, as votes in some states continue to trickle in through the mail and be counted. (In other states—this New York Times has a good primer of which ones—your returned mail-in ballot will have to be received by election officials before the polls close on Election Day.) But it’s just not so clear-cut anymore. Elections have life-spans of their own. From this point on, every day that goes by—every damaging story, every crisis, every ad barrage—is unfolding during an active election. By the time the first presidential debate starts in Cleveland on September 29, people will have been voting for about three weeks. Some, perhaps, will be watching it with a ballot in their hands.