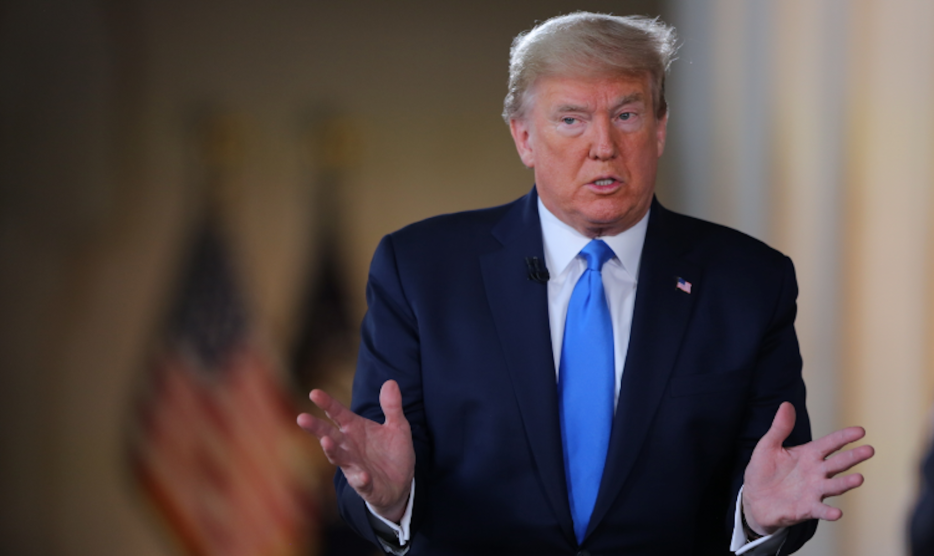 Donald Trump, whose trademark petulance was on full display when he abruptly bailed out of the second presidential debate last week, now appears to have been rewarded with an opportunity to divide voters and potentially trample on Joe Biden.

On Wednesday, NBC News announced that it would host a town hall special with the president from Miami, Florida, where he’ll face questions from a group of socially-distanced voters. The outdoor event will be televised Thursday at 8 p.m. EST, the same time slot that rival ABC had already planned to air a Biden town hall after the president’s refusal to participate in a virtual debate. (The debate commission, of course, had decided on that format just days after Trump and members of his staff announced that they had tested positive for the coronavirus.) Now, amid the chaotic back-and-forth, voters will be forced to choose between the two candidates.

The last-minute television showdown, which comes as Trump continues to slip in the polls, is all but certain to infuriate the Biden camp. It follows Trump’s rejection of a virtual format, having bashed it as “pathetic” and a “waste of time” last week, which eventually prompted the commission to cancel the debate altogether. But with the NBC special, Trump appears to have replaced a chance to face off with Biden with an even more attractive opportunity to pull viewers away from his opponent. The scenario is likely to draw more viewers to a president whose ability to attract ratings is one of the only consistent features in an otherwise stunningly erratic presidency.

This late into the election, it’s hard to approach NBC’s decision as anything but a play for viewers, even as the network appeared to defend the scheduling as an effort to mirror the same time slot it had given to Biden for an October 5 town hall. But as critics have pointed out, the network apparently failed to recognize that dueling town halls could needlessly divide voters.

So, @NBCNews is presenting a Trump town hall opposite a Biden town hall? Do I have that right? They are forcing audiences to choose which candidate to watch? Isn't that serving Trump's agenda? Couldn't they have chosen a different time?

The cynicism of NBC execs, who gave us The Apprentice and thus this President, is stunning and shameful. ABC should call their bluff and move Biden so he talks after Trump. https://t.co/XSItenQNaz

But while NBC can take a preemptive victory lap, a ratings bump may not correlate to a boost in Trump’s standing in the polls. His last town-hall-style event, where he stumbled, prevaricated, and lied through his meeting with undecided voters, bombed. That was less than a month ago, both before his first disastrous debate performance and testing positive for the coronavirus, and things have only gotten much worse.