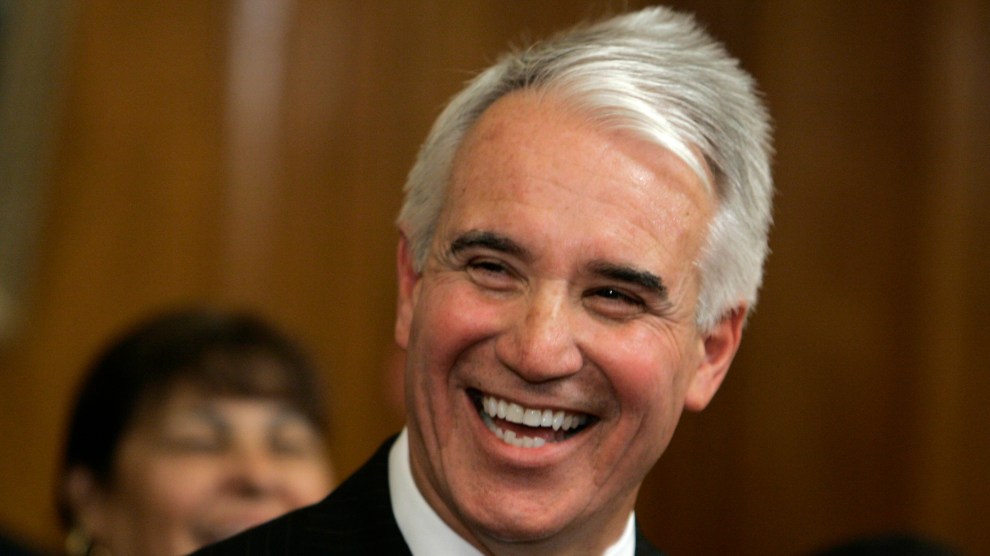 George Gascon at City Hall in San Francisco in 2009, when he was chief of the city's police department.Eric Risberg/AP

In one of the highest-profile races for criminal justice reform this year, George Gascón, a progressive challenger, has won the election to become Los Angeles’ next district attorney, beating an incumbent who was heavily criticized for not charging enough police officers who killed people in their custody.

Gascón, who promised to prosecute more officers, had about 53 percent of the vote Friday morning, prompting his opponent Jackie Lacey to concede the race even though ballots are still being counted. “My consultants tell me that while I may close the gap between the two of us, I will not be able to make up enough, based on the trending of the ballots, to win this election,” Lacey, the first woman and first Black person to hold the position, said in an emotional speech at the Hall of Justice, where protesters often gathered to oppose her. She fought back tears.

BLM co-founder Patrisse Cullors called it “the single most important DA race in the country.”

Black Lives Matter co-founder Patrisse Cullors endorsed Gascón and previously described the contest as “the single most important DA race in the country,” partly because of its implications for police accountability. Los Angeles County has the biggest prosecutor’s office in the nation by far. And partly because of the county’s size, more people are fatally shot by law enforcement there than just about anywhere else in America.

Gascón’s background is not what you might expect from a reformist: He worked for decades as a police officer and chief before becoming San Francisco’s district attorney from 2011 to 2019. And like Lacey, he struggled with police accountability during his tenure. In fact, he did not charge any officers accused of fatal shootings. San Francisco Mayor London Breed did not endorse him. He “has a long history of going whichever way the winds blow, saying whatever suits his political purposes and only looking out for himself,” she wrote in a blistering op-ed.

But he still built a reputation as a progressive. San Francisco’s current district attorney, Chesa Boudin, who has gained national recognition as a reformer, threw his support behind Gascón, as did more than a dozen other district attorneys with similar philosophies. “Long before most people ever imagined that there could be an elected District Attorney who pushed for less incarceration and more freedom, Gascón began doing just that in San Francisco,” they wrote in a statement. “His vision predated the ‘progressive prosecutor’ movement, and he has become our teacher in it.” One of Gascón’s biggest accomplishments was co-authoring a statewide ballot measure in 2014 that reduced punishments for certain drug crimes, allowing more people to stay out of prison. He was endorsed this year by California Gov. Gavin Newsom and Sens. Elizabeth Warren, Bernie Sanders, and Kamala Harris.

Lacey was first elected in 2012. At the time, some activists hoped she would bring a fresh perspective to the office that had long been run by men. But for several years leading up to this year’s election, Black Lives Matter activists protested weekly outside Lacey’s office. They criticized her for only prosecuting two officers for killings, while several hundred people died in law enforcement custody during her tenure. Her campaign for reelection was heavily funded by police unions. “I don’t think it’s possible to do worse than Lacey,” Melina Abdullah, a co-founder of the local chapter of BLM, told me recently.

After a Minneapolis cop killed George Floyd in May, sparking a nationwide reckoning over police brutality, Gascón continued to emphasize a need for more police accountability in Los Angeles. Though he doesn’t support efforts to completely abolish police departments, he joined anti-police protests in Long Beach near his home. In October, he told me that Los Angeles has invested too much in law enforcement and not enough in education and social services, and that he wants to see a shift in resources. Lacey, on the other hand, argues that downsizing the number of officers in the police department could lead to an uptick in crime.

Gascón supports other reforms that could reduce the number of police shootings, like a countywide standard that would only allow officers to use deadly force as a last resort. And he’s promised to reopen at least four of the cases Lacey dismissed. “There will be a fair, unbiased investigation, and if that investigation reaches the conclusion that there was an unlawful shooting, absolutely we would move forward,” he told me. During his campaign, he also pledged not to use the death penalty, and vowed to resentence the 229 people who are now condemned to die in the county, including some who were convicted by Lacey’s office.

“This is what happens when you don’t pay attention to the people you serve,” Albert Jaragua Corado, whose sister died at the hands of Los Angeles police, told Los Angeles Times reporter James Queally. “You lose your fucking job.”