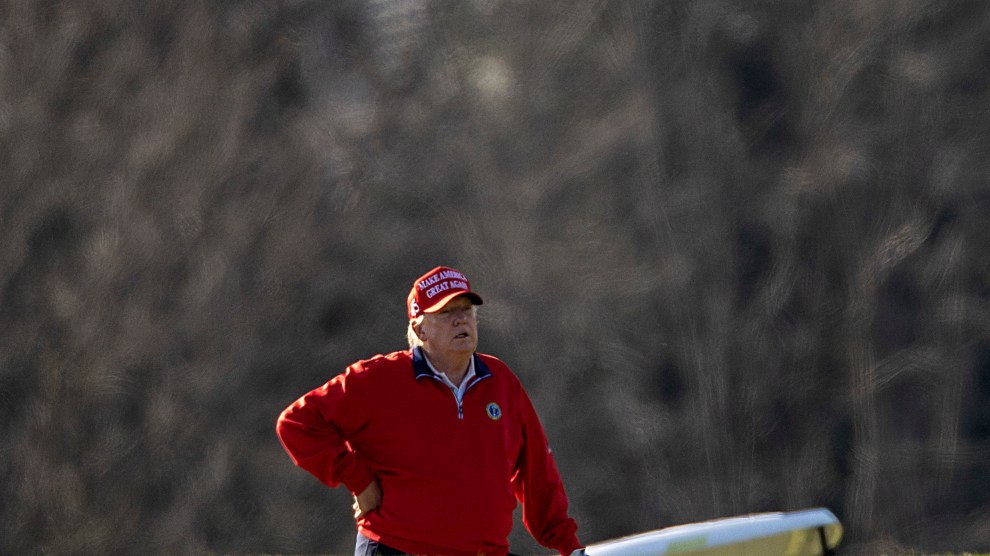 More than three weeks after major media outlets declared Joe Biden the winner of the 2020 presidential election and a week after the General Services Administration allowed the transition to begin taking place, Donald Trump still hasn’t conceded. Instead, he and his allies have amped up their increasingly extreme rhetoric and have shown no indication of bowing down to reality.

Take, for example, Trump campaign attorney Joe diGenova, who on Monday called for Chris Krebs—the former cybersecurity official whom Trump axed after Krebs publicly rejected the president’s conspiracy theories about voter fraud—to be “taken out at dawn and shot.”

Or take Sidney Powell—the former Trump legal team member, current conspiracy theorist, and proprietor of an absolutely unhinged Twitter account. On Monday, she retweeted a post calling on Trump to suspend the Electoral College vote and subsequent presidential inauguration and set up military tribunals to investigate the 2020 election. Trump’s campaign has distanced itself from Powell, but she’s still a frequent contributor to Fox Business and has more than a million followers on Twitter.

Meanwhile, Trump continues to use his favorite social media platform to post lies about the election, only for Twitter to plaster them with misinformation warning labels. On Tuesday, after falsely claiming that the election results in Nevada and Michigan were incorrect, Trump set his sights on Georgia, which will hold two US Senate run-off elections that will determine the balance of power in the upper chamber. “You allowed your state to be scammed,” Trump wrote, tagging Georgia Governor Brian Kemp, a Republican. “We must check signatures and count signed envelopes against ballots. Then call off election. It won’t be needed. We will all WIN!”

Trump was presumably suggesting that by throwing out enough Democratic ballots, Republican officials could push GOP Sen. David Perdue over the 50-percent threshold he’d need to avoid a runoff against his Democratic opponent, Jon Ossoff. (A Libertarian candidate winnowed Perdue’s share of the votes down to 49.7 percent, and in Georgia, a candidate needs a majority to win.) But even if Trump’s claims of a scam were true, there would still be a Georgia runoff in the special election between Democrat Raphael Warnock and the state’s other incumbent GOP senator, Kelly Loeffler. It seems likely that, at least until the Electoral College meets on December 14, Trump and his team are going to continue grasping at straws.