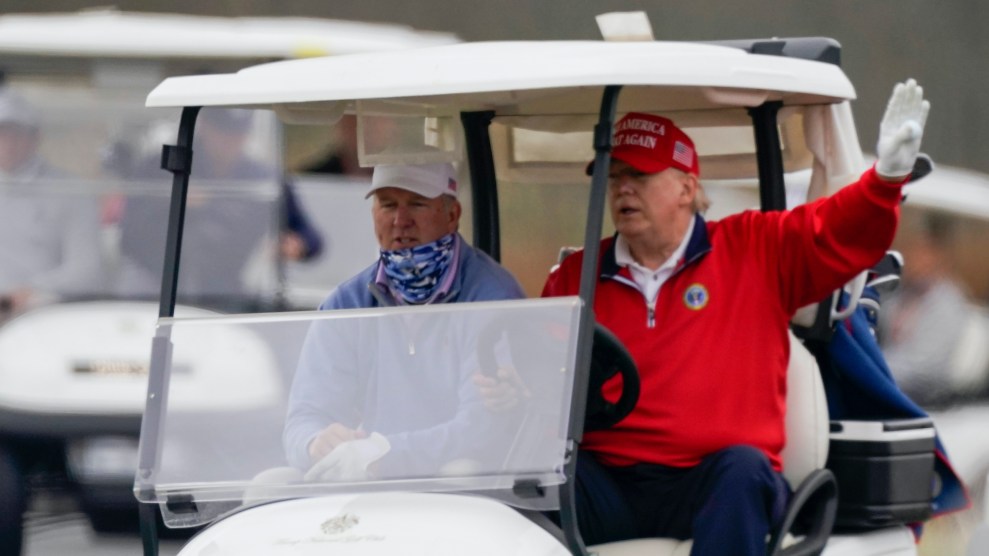 As Donald Trump and his elder sons continue to toss out outlandish claims that the election was rigged, the president has repeatedly returned to the argument that fraud must have occurred because Joe Biden couldn’t have legitimately received a record-breaking 80 million votes.

We have some big things happening in our various litigations on the Election Hoax. Everybody knows it was Rigged. They know Biden didn’t get more votes from the Black community than Obama, & certainly didn’t get 80,000,000 votes. Look what happened in Detroit, Philadelphia, plus!

Only fraud can account for Biden’s record-breaking vote total, the Trumps contend.

Does anyone believe that Biden got 15 million more votes than Obama in 2012? This from a candidate who would go days/weeks while hardly campaigning.

The Trumps seem intent on measuring a candidate’s ground game and enthusiasm by counting the number of campaign events he held and attendance at those rallies. But there’s a far better method: looking at donations, particularly small-dollar donations (which in the political world are donations of less than $200). And reviewing Biden’s fundraising numbers shows clearly that he had a historic level of grassroots enthusiasm fueling his campaign.

Political operatives have long known the value of drumming up small donations and using them to measure enthusiasm. For starters, small-dollar donors tend to be more representative of the middle-and-working class. And it’s one thing to tell a pollster you like a candidate, place a free sign on your front lawn, or attend a free rally, but contributing represents another level of commitment and voter activation. Contributing also requires the donor to provide the campaign with contact information and other personal details that help enormously with ongoing outreach.

The Trumps recognize this themselves—Brad Parscale, who until July served as Trump’s campaign manager, built the Trump 2020 campaign into a massive small-dollar-fundraising and data-harvesting operation. It just fell short against Biden’s.

Here are the hard numbers. We know that by mid-October (the final fundraising data is still rolling in), Biden’s team had raised about 38.8 percent of the campaign’s haul from small-dollar donors. Only two candidates have ever raised a larger percentage of their campaign cash this way—Barack Obama in 2012 (42.6 percent) and Trump in 2020 (45 percent). But Biden raised far more ($363.3 million) from these small donors than did Obama ($234.3 million) or Trump ($260.1 million).

Trump did receive a historic number of votes for an incumbent president. He also raised a historic amount from small donors for a serving commander-in-chief. Biden just raised—and won—more.