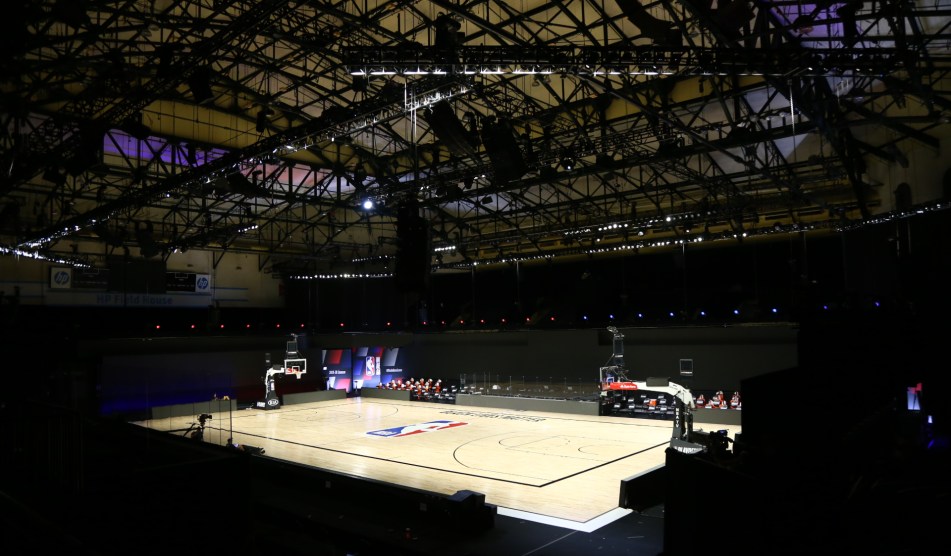 Well, it’s over. Multiple reports this morning from inside the Orlando “bubble” say that NBA players have decided to end their wildcat strike. It began on Wednesday when the Milwaukee Bucks refused to play the Orlando Magic to protest the shooting of Jacob Blake by Kenosha, Wisconsin, police. And now it ends with a “discussion” that will “include plans of action moving forward on social justice issues.”

That’s a bit of public relations pablum relayed by ESPN’s head of SOURCES, Adrian Wojnarowski, that at minimum suggests Wednesday’s fervor had worn off.

There is a meeting of NBA owners and players set for later today, sources tell @MarcJSpears and me. The discussion is expected to include plans of action moving forward on social justice issues.

In a few hours last night, the spirit of the NBA strike spread to the WNBA, to baseball, to soccer and tennis and even to one prominent NBA studio analyst. Even as a one-night wildcat strike, the walk-out was monumental. Within the sports context, it immediately reoriented athletes’ understanding of their labor power. There is an idea, the residue of labor’s rollback over the past half century, that a strike has to be done exclusively for direct changes in conditions at your workplace. An exasperated (anonymous!) owner in ESPN’s article on the 24 hours of the strike certainly thinks so:

“What is it they think the league can do?” one owner wondered. “We have been fully supportive.”

(As Spike Friedman points out, owners aren’t exactly passive actors here. Steve Ballmer, owner of the Los Angeles Clippers, funds both this LAPD initiative and the academic study used to justify it.)

Not all strikes are about the conditions of the workplace being struck. Not all of them are about wages, time off, benefits. There is an ongoing Strike for Black Lives across industries; it includes fast-food workers, Uber drivers, and janitors. The grievances include more than just one workplace’s problems.

At the time of his assassination in 1968, Dr. Martin Luther King Jr. was in Memphis leading a sanitation workers’ strike. During a rally, King delivered his now-famous “I’ve Been to the Mountaintop” speech to a crowd of more than just the garbage workers. “Be concerned about your brother,” he implored. “You may not be on strike, but either we go up together or we go down together. Let us develop a kind of dangerous unselfishness.”

He proposed boycotts of Coca-Cola, Wonder Bread, Sealtest milk. The point was to create crossflows of pressure, in solidarity. “As Jesse Jackson has said, up to now only the garbage men have been feeling pain,” King said. “Now we must kind of redistribute that pain.”

A night without basketball is hardly a full redistribution. One wonders what kind of strike could be.