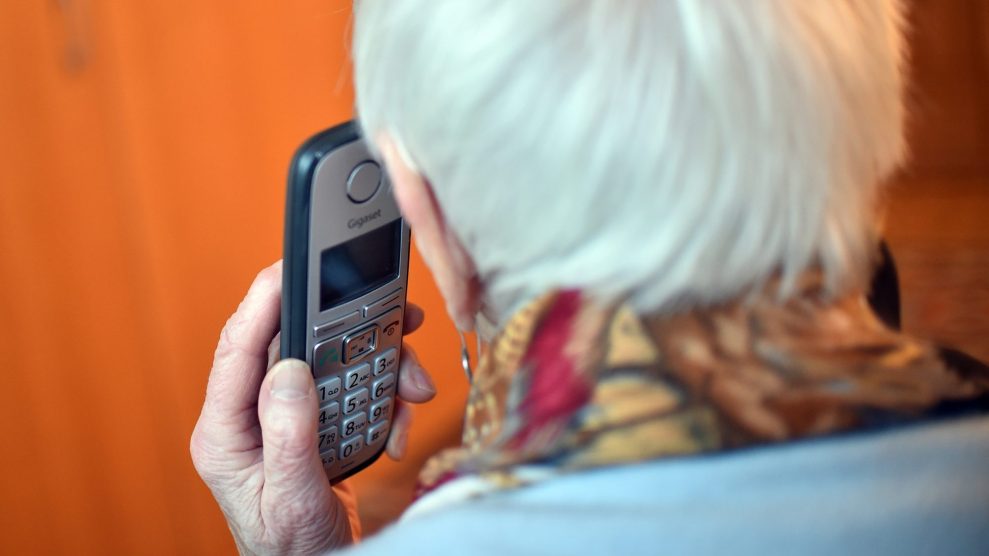 When some of the earliest reports about the novel coronavirus first appeared, they suggested that individuals who were older than 65 appeared to be uniquely vulnerable to the worst effects, including death, from COVID-19, the disease from the virus. Four months after the first cases were reported in China, one of the first major outbreaks of the virus in the United States occurred in the Life Care Center in Kirkland, Washington, where 81 senior citizens were infected and 35 people died over the course of about four weeks. Soon, across the country, public health officials urged strict quarantines as a way to protect the population generally and especially the most vulnerable members: those with preexisting conditions, or those who are immune-compromised, or who are over 65.

Geriatric experts are concerned, however, that staying safe from the virus could bring some serious repercussions: Social isolation and loneliness are two conditions that are also a grave threat to the health and well-being of the nation’s older people.

“[The quarantine] affects a group that has already been suffering the risks of social isolation at an even greater extent,” says George Demiris, a professor at the University of Pennsylvania’s Perelman School of Medicine, who specializes in ways technology can enhance health care. “I do think that this has a set of unintended consequences.” If left unaddressed, those consequences could be deadly.

In February, before the coronavirus upended the lives of millions of Americans, the National Academies of Sciences, Engineering and Medicine—a collective of scholarly institutions—teamed up with AARP, a nonprofit that advocates for senior citizens, and published a report, Social Isolation and Loneliness in Older Adults. Researchers quantified the extent of a person’s social isolation by looking at the number of interactions they had with family members, friends, and caregivers. Loneliness was reported on a subjective scale, usually measured after a senior citizen responded to a questionnaire provided by one of the research institutions. They found that almost half of the 68.7 million Americans who are older than 60 reported feeling lonely, and as a result have an “increased likelihood of early death, dementia, heart disease and more.” Isolated senior citizens are also at heightened risk of suicide. According to Lisa Marsh Ryerson, president of the AARP Foundation, those factors become compounded when seniors are also members are marginalized groups, including people of color and LGBTQ communities.

“We don’t really know what the short and long term health consequences are of an immediate and drastic change in social integration of older adults.”

For some senior citizens, the effects of COVID-19 epidemic are a new variable. “We don’t really know what the short and long term health consequences are of an immediate and drastic change in social integration of older adults,” says Dr. Cynthia Melinda Boyd, a professor of medicine at Johns Hopkins University School of Medicine.

In terms of their level of relative independence, senior citizens can be broadly divided into four general groups: those who are living on their own in homes or apartments; those who are with their families; the 1 million seniors in assisted living facilities; and another 1.3 million who live in nursing homes.

Thirty states have now imposed jurisdiction-wide emergency quarantine measures, while some counties in other states have also implemented shelter-in-place orders as the epidemic spreads to every state and infected more nearly 90,000 people, with the deaths of more than 1,300 people. Jameca Falconer, a St. Louis–based clinical psychologist and Webster University professor, says many of her patients already suffer from social deprivation. Even as the senior care facilities in which they live have cut off visitation because of the pandemic, their lives have not changed appreciably. Falconer says that for already-isolated patients, it’s business as usual. “It doesn’t make it much worse,” she says. “This is normal activity for them. Nothing is different about their lives except what they see on the news.”

Others may feel like an essential lifeline has been cut off, and Falconer is trying to broker new forms of communication between these patients and their families. “I’ve been talking to patients about trying to start using technology that they haven’t been too open to before, like FaceTiming,” she says. “They can still communicate with their family, even though they can’t physically see or touch them.”

In the NAS report, Demiris wrote that technology could be the essential ingredient to address isolation in seniors, and this has never been more true than during a pandemic. The sudden widespread reliance on technology to bridge social connections underscores the longstanding need in the socially isolated community of older people, where those tools aren’t always readily available. “It’s not going to work for everybody,” he says. “It will be costly and have challenges, but tech in some cases could be great to bring connectedness to people who are limited to very, very few kinds of interactions.”

There are problems with relying on technology in this situation, Falconer says. “Some don’t have financial resources to have that,” she says. She estimates that roughly half of her patients aren’t able to afford a smart phone with video chat capabilities. Others, she adds, “just don’t have the incentive to learn something new.”

Dr. Dan Blazer, a retired Duke University professor who specialized in psychiatry and behavioral sciences, noted that simple proactive steps could turn the tide of isolation for some elderly people—whether or not their circumstances are tied to Covid-19. “There are ways to contact them to see if they’re okay: telephone, knock on the door, offer to do chores,” he says.”[Showing a] willingness to help them get to the doctor. Just reaching out into the community.” Other experts suggested writing letters to them or running errands for older neighbors in local communities.

The very vulnerability of senior citizens might have the troubling effect of further stigmatizing this population. Demiris worries that identifying seniors with the disease as uniquely susceptible, could stoke ageism, creating a circumstance where people would imagine that in order to “keep ourselves safe we must distance ourselves from older adults.” As he contemplates the future, with looming shortages of supplies in hospitals, he wonders “how difficult decisions may need to be made about hospital beds and how to reallocate limited resources.”

Perhaps new empathy for older people will result from this crisis. The government’s orders to quarantine are pushing millions of Americans into an unexpected state of solitude that many senior citizens live with all the time. Falconer hopes this collective experience will open up a new perspective. “I do think it will give them a glimpse of what these people feel in their lives and how isolated they are,” she says. “And they’ll begin to appreciate and want to do something about it when things get back to normal.”