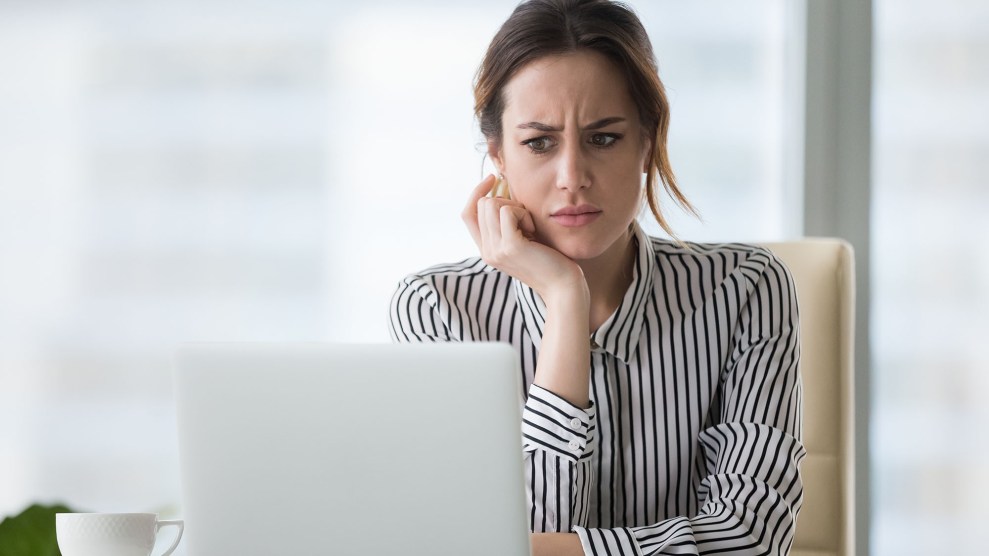 After Texas Gov. Greg Abbott declared abortions as nonessential care during the coronavirus outbreak (and state Attorney General Ken Paxton made an order to clarify and enforce that decision on Monday), a Republican running for Congress in the state posted a hell of a take on the matter.

Kathaleen Wall, who is running to replace retiring Republican Rep. Pete Olson in Texas’ 22nd congressional district, thanked the governor for his action and claimed on Facebook that because of the order, “#COVID19 will save more lives this week than it takes! #ProLife.”

According to the New York Times database, more than 700 cases of the novel coronavirus have been diagnosed so far in Texas.

Wall will compete in a run-off in July for the Republican nomination against Troy Nehls; if she wins, she will face Democrat Sri Preston Kulkarni, who narrowly lost a campaign against Olson in the 2018 midterms. As my colleague Tim Murphy reported then, the district is in one of the most racially diverse counties in the country and is by no means a Republican lock. Now that Olson is retiring, Cook Political Report classifies the race as a toss-up.

Wall is a major donor to Texas Right to Life, a powerful anti-abortion group in a state that tends to be on the front lines of the abortion wars, and her campaign website describes her as “100% pro-life” and vows she “will never give up on protecting innocent human life.”

Also, I shouldn’t have to say this but probably I do: basically no one gets an abortion at the stage of pregnancy depicted in the image above without extreme extenuating circumstances that risk the life of the fetus or the mother.

The state government’s order bans all abortion procedures under threat of up to $1,000 in fines or 180 days of jail time for physicians. Ohio took a similar step over the weekend and deemed abortion a nonessential medical procedure during the coronavirus crisis.

It’s also worth noting that Wall is not the only Texas politician who made an extremely ignorant comment in the past 24 hours regarding the coronavirus pandemic. Lt. Gov. Dan Patrick, who is one of the few lieutenant governors in this country that I can name off the top of my head precisely because he says shit like this, suggested on Fox News last night that seniors may be willing to exchange their lives for the US economy.