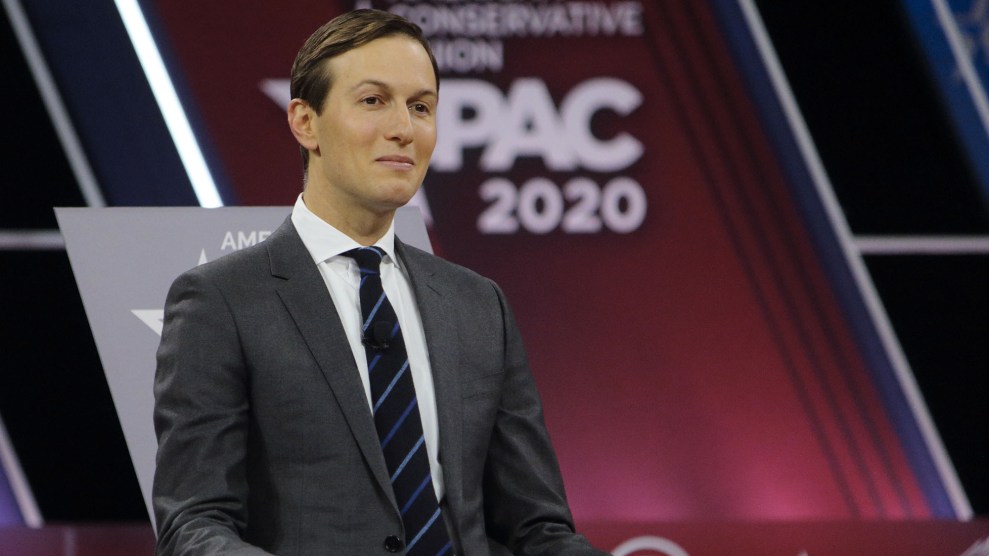 As the economy is sputtering under the weight of the coronavirus’ shutdown, the Trump administration has pushed for direct cash assistance for Americans to prevent them from being thrown out of their homes. Some cities and the Housing and Urban Development Department have announced moratoriums on evictions. But meanwhile, a very large landlord who happens to have the president’s ear is conspicuously quiet.

Kushner’s residential real estate empire has come under intense scrutiny over the years.

Jared Kushner, the president’s son-in-law, is Trump’s go-to man for everything from Middle East peace to the opioid crisis, and, lately, coronavirus response. But he also owns a sizeable chunk of a company that boasts of owning more than 23,000 apartments across five states. Kushner’s residential real estate empire has come under intense scrutiny over the years, with rent-controlled tenants in New York City accusing his companies of systematic harassment in order to push them out, and complaints from low-income Maryland renters about his management companies using dubious methods to rack up fees and pursue them in court, sometimes years after the fact. That tactic has been documented in depth by ProPublica’s Alec MacGillis and others; Kushner’s broader history as a landlord was explored in a recently-released installment of Netflix’s “Dirty Money” docuseries titled “Slumlord Millionaire,” in which he’s described as a “tier-one predator.”

The White House did not respond to questions about Kushner’s role in shaping Trump administration policies on coronavirus related mortgage and rent relief programs. The Kushner company did not respond to several requests for comment about how it planned to address financially struggling renters during the coronavirus crisis. In February 2017 the White House told the Baltimore Sun that Kushner would recuse himself from any policy discussions related to federal rental assistance.

While Kushner and his family have sold many of the apartments they’ve owned over the last decade or so, at one time his father, Charlie, was one of the largest landlords in New Jersey, having “amassed about 25,000 middle-and-working-class apartments,” according to a 2017 Bloomberg article. That same year, MacGillis reported that even as Kushner had stepped down as the chief executive of Kushner Companies in January 2017, he remained a major stakeholder in the company. At the time, the Sun reported that at least three of the Kushner Company’s Baltimore-area apartment complexes are “HUD-assisted,” meaning the federal housing agency pays a portion of the rent of qualified tenants.

In 2019, the Sun obtained data showing that three of the company’s Maryland complexes had received $6.1 million in federal rent subsidies in the last four years. The paper also reported that between 2013 and 2017, the company and its affiliates had filed at least 1,250 legal actions, leading to $5.4 million in awarded judgments against tenants who owed an average of $4,400 after original debts, court fees, lawyers’ fees and interest. In nearly all such cases, judges approved garnishment of tenants’ wages and property, the paper reported. Those Maryland properties reportedly generate $90 million in revenue annually.

In October 2019 Maryland Attorney General Brian Frosh sued one of Kushner’s companies, alleging it and past owners of complexes it had owned failed to address rodent and vermin infestations and mold growth, while forcing tenants and apartment applicants to pay illegitimate and excess fees.