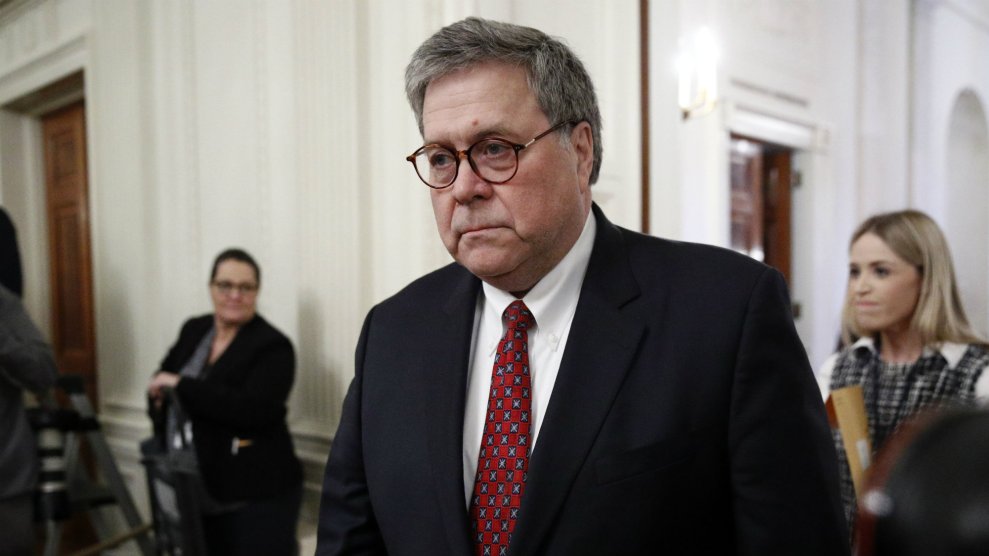 As the federal government works to stop the spread of COVID-19 and mitigate the grave economic disaster it has caused, one lawyer is urging the Department of Justice to set up a task force to stop potential fraudsters who might try to illegally profit from the crisis.

On Monday, Stephen Kohn, an attorney who chairs the National Whistleblower Center, sent a letter to Attorney General William Barr requesting that the DOJ establish a task force “to monitor and investigate violations of the False Claims Act” in cases of coronavirus-related fraud. “You’re looking at a situation that is so ripe for these bottom-feeders to start stealing,” Kohn tells Mother Jones. “They’re horrible, and they’re out there.”

In his letter, Kohn warns Barr that there could be a surge of violations of the False Claims Act—an 1863 law that holds federal contractors liable for defrauding government programs—related to the coronavirus pandemic. Most recently, the Justice Department launched an initiative to target violations and abuses of the False Claims Act at nursing homes. But, with President Donald Trump’s recent announcement that his administration will partner with the private sector to expand COVID-19 testing, there’s an increased opportunity for people and companies to take advantage and illegally profit from the situation.

Kohn knows these types of bottom-feeders well. He represented a whistleblower who exposed a FEMA contractor hired to help with disaster relief efforts—including the response to the 9/11 attacks—that stole $2.5 million in government funds. Though Kohn thinks it’s inevitable some people will try to defraud the government in its COVID-19 response, a preemptive effort by the DOJ could send a strong message.

Among the recommendations Kohn outlines in his letter is a “prompt and aggressive” response to any allegations of coronavirus-related fraud, especially fraud that impacts patient care. In addition, Kohn recommends that the DOJ prioritize investigations and prosecutions of all coronavirus-related fraud cases, since it sometimes takes more than a year for False Claims Act violations to be investigated. Kohn wants the DOJ to launch whistleblower investigations based on a disclosure statement—the first step for a whistleblower to report wrongdoing—instead of waiting until there’s a formal complaint made in federal court, which he says is often a lengthy process that rarely results in a DOJ investigation. Furthermore, Kohn’s letter recommends that if a whistleblower’s complaint is found to lack merit, the whistleblower should “be immediately informed” so that they can continue to work without worrying about the legality of what they saw.

“The attorney general announcing this task force and publicizing it will have a deterrent effect. Period,” Kohn says. “Because people know about this law and are scared of it.”

You can read Kohn’s full letter below: