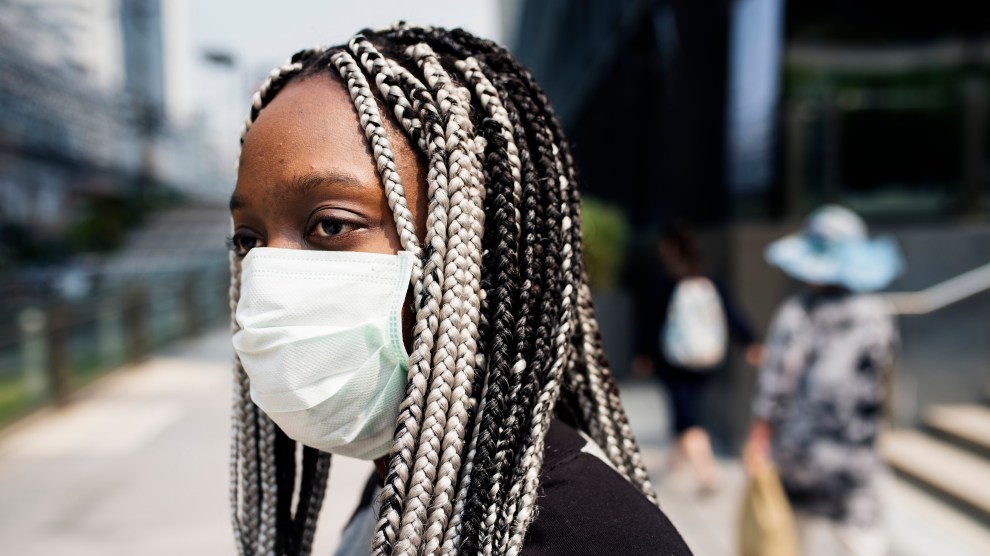 The federal government still isn’t sharing any official statistics regarding the racial breakdown of coronavirus deaths. But this information is starting to seep out at the local level from some states and cities, showing that the pandemic is disproportionately killing Black Americans and other communities of color.

In Chicago, new data released Saturday showed that 70 percent of people who have died from COVID-19 in the city were Black, according to a report by the radio station WBEZ. Black people make up 29 percent of the city’s total population.

Similar numbers are emerging elsewhere. In New York, the epicenter for the coronavirus in the United States, the highest concentration of infections has been in low-income neighborhoods with big immigrant populations. In Wisconsin’s Milwaukee County, 81 percent of people killed by the virus have been Black, according to a ProPublica investigation, though just 26 percent of the county’s population identifies as Black. In Michigan, where Black people make up 12 percent of the population, 40 percent of those killed have been Black, many of them in Detroit.

The novel coronavirus is exposing familiar patterns of racial gaps in health outcomes that stem from systemic discrimination in access to employment, housing, and medical care.

The novel coronavirus is infecting people of all races and income levels, but it is also exposing familiar patterns of racial gaps in health outcomes that stem from systemic discrimination in access to employment, housing, and medical care. Black people are more likely than white people to use public transportation to travel to jobs that can’t be worked from home, making social distancing more difficult. They’re also less likely to have health insurance, and more likely to have preexisting conditions like asthma that make them particularly vulnerable to the virus. In Chicago, health experts noted that Black people are more likely to have diabetes, high blood pressure, and respiratory problems, conditions that can stem from and be exacerbated by poverty, environmental pollution, and limited access to doctors.

For those who can get to a hospital, more problems may await. One study of several states, highlighted by NPR, indicated that doctors may be less likely to refer Black individuals for testing when they come in with symptoms like fever, coughing, and trouble breathing. And in some low-income neighborhoods, it can take longer to get a test because testing centers have struggled to acquire equipment and protective gear.

On March 27, a group of Democratic lawmakers pushed Health and Human Services Secretary Alex Azar to start tracking and addressing racial disparities in the national response to the coronavirus outbreak. In a letter signed by Sens. Elizabeth Warren, Kamala Harris, and Cory Booker, as well as Reps. Ayanna Pressley and Robin L. Kelly, they said the Centers for Disease Control and Prevention had failed to collect and publicly report racial data about who is tested and affected by the virus. “Any attempt to contain COVID-19 in the United States will have to address its potential spread in low-income communities of color, first and foremost to protect the lives of people in those communities, but also to slow the spread of the virus in the country as a whole,” they wrote.

According to ProPublica, the CDC normally tracks information about age and race when monitoring an outbreak, as well as the location of people affected. For this pandemic, the agency has released data about age and location, but not race.