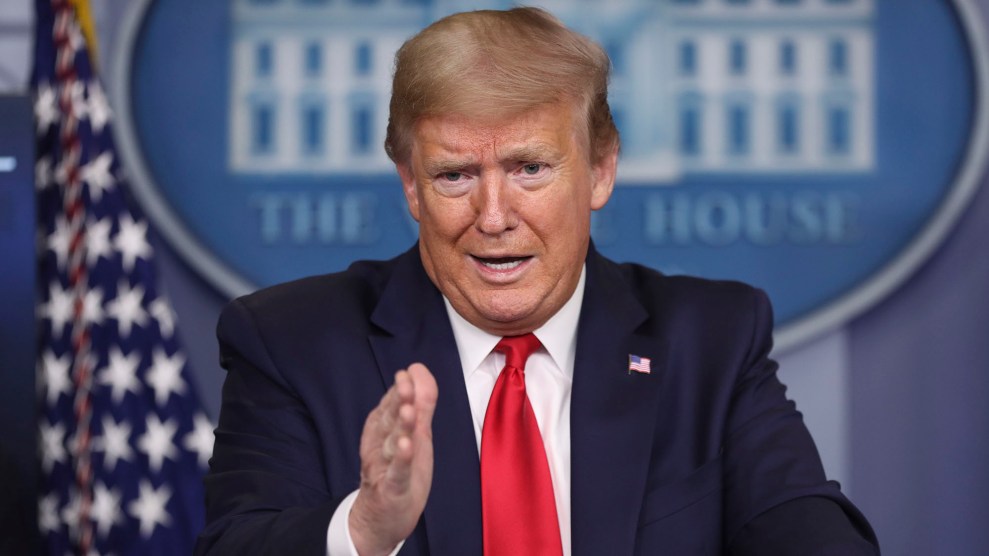 On Saturday, Donald Trump promoted a tweet from a conservative author who was just-asking-questions: would mosques be subjected to the same social-distancing restrictions during Ramadan as churches were during Easter?

It’s sort of a weird premise. Is the idea that Muslim places of worship are typically treated more generously from local governments and law enforcement? Activists from New York City to Murfreesboro, Tennessee, have tried to block Muslim residents from even building mosques; mosques have been subjected to (sometimes unconstitutional) surveillance; and the current president of the United States ran for office on literally banning Muslims from entering the United States. In any event, social-distancing guidelines in some parts of the country might be very different in late May than they were on Easter Sunday, which was during the heart of the pandemic.

At his press conference on Saturday evening, a reporter read the tweet back to the president.

“I would like to see that,” Trump said. As in, he too was wondering if local authorities would treat mosques differently than churches.

“You know I just spoke with leaders and people that love mosques,” he continued. “They love mosques! And I’m all in favor of that. But I would say that there could be a difference. And we’ll have to see what will happen. Because I have seen a great disparity in this country. I’ve seen a great disparity. I mean I’ve seen a very strong anti-Israel bent in Congress with Democrats. It was unthinkable seven or eight or 10 years ago, and now they’re into a whole different thing. Between Omar and AOC—I saw AOC plus three, add them on. You have, the things that they say about Israel are so bad. And I can’t believe it. Just a minute. So I would be interested to see that. Because they go after Christian churches but they don’t tend to go after mosques. And I don’t want them to go after mosques! But I do want to see what their event is—”

There was a weird digression there, from a question about a religious holiday to a rant about Democratic critics of the Israeli state. So the reporter followed up: was he suggesting that imams wouldn’t follow social-distancing guidelines?

“I just had a call with imams,” Trump said. “I just had a call with ministers, rabbis. We had a tremendous call with the faith leaders. No, I don’t think that at all. I am someone that believes in faith. And it matters not what your faith is but our politicians seem to treat different faiths very differently. And they seem to think and I don’t know what happened with our country, but the Christian faith is treated much differently than it was, and I think it’s treated very unfairly.”

There’s a lot that’s wrong there, but you can’t argue with “our politicians seem to treat different faiths very different.” Just look at the current occupant of the Oval Office himself.