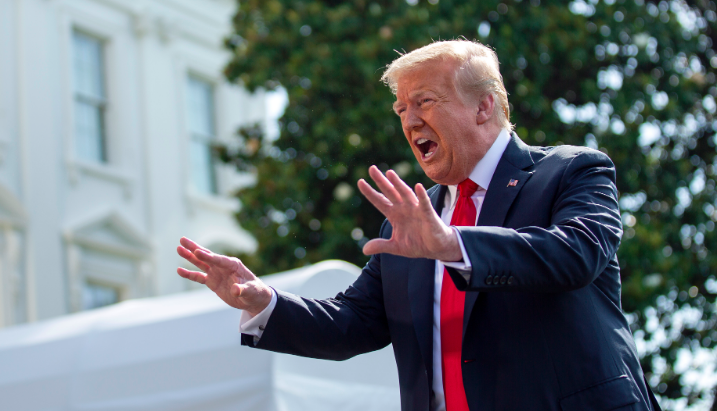 Was Donald Trump joking when he confessed to commanding officials to “slow down” coronavirus testing? That’s what his aides have claimed again and again to explain Saturday’s rally-time confession. It was just in jest! A “light moment” offered just as the number of victims ticked over a grim threshold: 120,000 US deaths. But that spin campaign spun to a grinding halt on Tuesday, thwarted by the president himself.

“I don’t kid,” Trump told reporters on Tuesday when asked about his desire to scale back testing, which if true, would come as nearly half the country is seeing new cases from the virus spike. He then proceeded to argue that increased testing capabilities—a critical part of fighting the pandemic—makes the country “look bad.”

It was the latest signal by Trump that he views his administration’s response purely in terms of perception and optics after he told supporters at his rally in Tulsa, Oklahoma, on Saturday about ordering officials to slow down the country’s COVID-19 testing. The White House, along with Vice President Mike Pence, has since claimed that the remark was nothing more than a joke, but the president has now undermined those cascading defenses on multiple occasions, including on Twitter and in an exchange with a reporter on Monday:

There were plenty of reasons to doubt the White House’s defense that Trump was joking about slowing down testing but now we have one more.

Be sure to make it to the 45-second mark to see a man barely containing his burning desire to blurt out the truth. https://t.co/jUBer01lhq pic.twitter.com/SWtjLCHbqc

If this feels familiar, that’s because it is. As I wrote yesterday, Trump has openly and repeatedly questioned the need to test long before the Tulsa rally. “I don’t need to have the numbers double because of one ship,” he said in March, making his preference to keep a coronavirus-hit cruise ship away in order to keep the country’s infection numbers down.

“Any suggestion that testing has been curtailed is not rooted in fact,” White House Press Secretary Kayleigh McEnany said on Monday. “It was a comment that he made in jest.”

For a look back at Trump’s first 100 days of deadly coronavirus denial to compare his recent statements, take a look at our detailed timeline, or watch our video below: