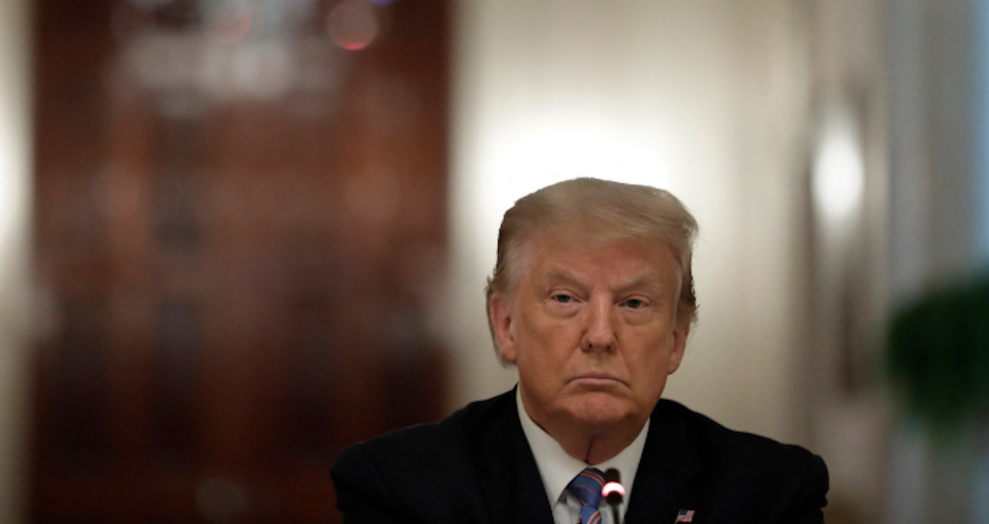 Amid the record-breaking surge in coronavirus cases, and as parents around the country face the enormous decision of whether to send their children back to school this fall, President Trump on Wednesday threatened to pull federal funding from school districts and dismissed the Centers for Disease Control official guidance on how to safely reopen, because he claimed the requirements were too onerous and costly.

In Germany, Denmark, Norway, Sweden and many other countries, SCHOOLS ARE OPEN WITH NO PROBLEMS. The Dems think it would be bad for them politically if U.S. schools open before the November Election, but is important for the children & families. May cut off funding if not open!

I disagree with @CDCgov on their very tough & expensive guidelines for opening schools. While they want them open, they are asking schools to do very impractical things. I will be meeting with them!!!

The extraordinary tweets marked a new chapter in the president’s demands for schools to reopen—a critical component to reopening the economy—while, so far, staying quiet on additional federal funding for sufficient PPE equipment and social distancing measures school administrators have said are essential for safety. Instead, Trump has turned the issue of reopening schools into a political fight, claiming, without evidence, that Democrats prefer to keep schools closed because they believe it to be politically beneficial to them.

“They think it’s going to be good for them politically,” Trump said at a White House event on school reopenings Tuesday. “So they keep the schools closed.  No way.”

But for parents, many of whom are desperate for regular childcare and a return to some semblance of normalcy in the months ahead, Trump’s aggressive push to reopen schools while dismissing CDC guidelines will do little to reassure them that safety is a high priority for a president, who has repeatedly dismissed the threat of COVID-19 and the need for expanded testing by focusing on the economy.

Furthermore, Trump’s threat to slash federal funding at this crucial juncture would undoubtedly exacerbate the disproportionate effects of the pandemic, with lower-income districts being more reliant on those funds than their wealthier counterparts. Several states are already suing Education Secretary Betsy DeVos over a rule they say unfairly directs relief funds away from public to private schools.

Ever in lockstep with the White House, Fox News this week has also urged schools to reopen, rationalizing the move with the poetic claim that “life is full of risks.”

“Kids should learn that early that life’s full of hurdles, you’ve got to find a way to overcome,” Fox anchor Brian Kilmeade said during a Fox & Friends segment on Wednesday before downplaying the coronavirus threat as “not Ebola.”

“Mostly kids 99.9 percent of kids will not be affected by it at all,” he continued, despite growing evidence that some children can become seriously ill from the virus and can transmit it to adult family members. “This is a risk that has to be taken.”

Brian Kilmeade says schools must re-open in the fall in part because "life is full of risks, kids should learn that early that life is full of hurdles, you've got to find a way to overcome." pic.twitter.com/zamv1HgMwj