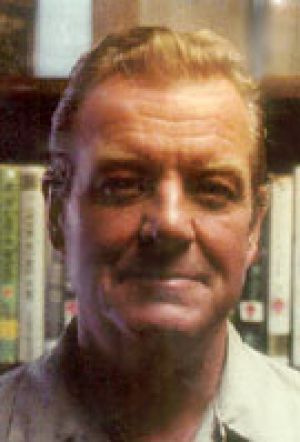 Information is still coming in on James von Brunn, the suspect in Wednesday’s shooting at the Holocaust Memorial Museum in Washington, DC.

James Ridgeway has the latest.

Officials at the Holocaust Museum have confirmed one of the guards involved in the shooting, whom the museum identified as Stephen Tyrone Johns, died at the hospital after sustaining a gunshot wound from the suspect, James von Brunn.

Police have now confirmed that James von Brunn is the suspect in today’s shooting at the Holocaust Museum. Von Brunn apparently lives in Easton, Maryland, which some years ago boasted a chapter of the Klu Klux Klan, according to Leonard Zeskind, whose book Blood Politics charts the history of the far right.

From his rather prolific writings, von Brunn’s thinking seems to be indebted to two prominent white supremacists: Willis Carto of a now-defunct group called Liberty Lobby, and William Pierce, leader of the National Alliance. (Pierce died in 2002.) At least one of Brunn’s books, Kill the Best Gentiles, was published by Noontide Press, which was run by Carto in the 1960s. Noontide later folded into the Institute of Historical Review, one of the major groups that denied that the Holocaust ever happened, according to Zeskind. In the acknowledgement to his book, von Brunn also lists Francis Parker Yockey, a longtime anti-Semite who was promoted by Carto, and Revello Oliver, an associate of Pierce’s. In the 1960s, both Oliver and Pierce supported the presidential campaign of Alabama governor George Wallace, a staunch segregationist backed by Klu Klux Klan groups. In the 1990s, Pierce set up a National Alliance headquarters in southwestern Virginia.

In brief, the neo-Nazis with whom von Brunn associates himself  in his writings believe the Jews control the “mud people.” The “mud people” are all the non-white Aryans who, in the view of the racists, ought to be kicked out of the country. A sample of von Brunn’s writing (titled “Hitler’s Worst Mistake: He Didn’t Gas the Jews“) makes some of these connections.

Early reports are saying that the man suspected of a shooting at the Holocaust Museum today is James Von Brunn, born in the 1920s. The shooting comes just a week after President Obama delivered a forceful speech in Germany on the Holocaust. A quick scan of what seems to be Von Brunn’s website reveals some anti-Semitic writings.

Whether or not the gunman has ties to white supremacy groups remains murky at this point. The Holocaust Museum is not a traditional target of far-right groups. They detest it, of course, but as far as I know there have only been two actual protests staged against it. Both involved Louis Carto’s Liberty Lobby, the right-wing populist newspaper which is now defunct.

More recently the far right has concentrated its venom on Hispanics, through militia-type organizations like the Minutemen.

From his website and writings, von Brunn sounds very much like a national socialist or neo-Nazi. His basic writings rely on the notorious Protocols of the Elders of Zion, a book that purports to set forth a secret grand Jewish plot to control the world. This book was hatched by the Czar’s secret police during the early days of the Russian revolution, and was popularized in the US by Henry Ford, founder of the car company: Ford salesmen handed it out to their customers.

The Protocols form the base of much far-right thinking. Books such as the Turner Diaries by William Pierce, which forecast Timothy McVeigh’s attack on Oklahoma City, are steeped in the world of the Protocols.

James von Brunn was was extremist in many ways.

In a tirade posted in a in a Christian Separatist group in Yahoo, he pushed a 9/11 conspiracy theory:

The FBI now believes that Israel intelligence, working closely with rogue U.S. and other foreign intelligence units, may be responsible for or otherwise deeply involved in the World Trade Center implosions and other acts of terrorism against the United States.

In a Support the Confederate Flag group on Yahoo, he exclaimed:

FTAA (Free Trade Area of the Americas), a super-market NAFTA, is the spawn of GATT (General Agreement on Tariffs and Trade). Both were adjuncts of the United Nations. GATT was the creation of Harry Dexter White (Weiss), Jew, and Undersecretary of the Treasury. He was the spy who stole U.S. Treasury printing plates, giving them to the Soviets which printed millions (billions?) of U.S. dollars, which ended up in the pockets of “gassed” Jews. White also was the prime mover behind The International Monetary Fund, and The World Bank –designed to help bankers at the expense of American taxpayers. His friend Alger Hiss, another Soviet spy, working for Franklin Delano Roosevelt, was architect of the United Nation’s Charter. White’s boss, Henry Morganthau, Jew, whose infamous Morganthau Plan was designed to starve to death the entire German nation following WWII, was FDR’s confidant. From this cess-pool of Jews and traitors came the FTAA which in 1994, with Congressional blessings, changed its name to WTO (World Trade Organization).

In the Ron Paul for President group on Yahoo, he complained that a Harvard professor had supposedly called for killing all white people. He also posted a piece saying that Hitler’s worst mistake was that “he didn’t gas the Jews.”

But he also had artistic ambitions. On another website, von Brunn posted this message:

I HAVE WRITTEN A MOVIE-SCRIPT SET DURING U.S. CIVIL WAR. MANY PROBLEMS CHALLENGING THE SOUTH HAVE PARALLELS TODAY. PLS. PUT ME IN CONTACT WITH A MOVIE PRODUCER-DIRECTOR OF MEL GIBSON’S PROFESSIONALISM. WE ALL WILL PROFIT. JVB