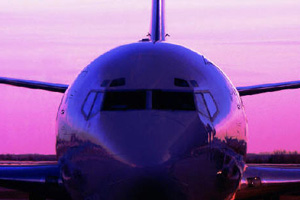 An article in Saturday’s New York Times describes how all the families suffering losses on 9/11 have now taken settlements, receiving some $7 billion from the government and $500 million in private suits—all the families, that is, save one: the family of Mark Bavis, a passenger on United Airlines Flight 175. The family is seeking damages directly from the airlines, a lawsuit that represents the last real possibility for an independent inquiry into the culpability of these private carriers—not to mention the “regulators” at the Federal Aviation Administration, who appeared intent on serving the airlines rather than the public. It’s a long shot perhaps, but the Bavis suit might achieve some of what the expensive, timid, and inconclusive 9/11 Commission Report could not. As the Times article points out, they have identified several areas in which the airlines’ negligence contributed to the events of 9/11: Their lawyers’ investigation has zeroed in on “failures at airport security checkpoints, flawed cockpit doors, inadequate training and how the industry ignored confidential government warnings about terrorist threats.”

My 2005 book, The 5 Unanswered Questions About 9/11, also explores these same areas and sets out in detail the chain of evidence that demonstrates airline and government negligence leading up to the attacks. A few excerpts:

[In the 1990s], following the Pan Am 103 bombing, the FAA had been directed by Congress to create a “Red Team” to test airport security. A Red Team consists of a handful of people, often drawn from military special operations, to pose as terrorists and attempt to break through airport security—in effect, to stage unannounced mock terrorist attacks, and report on the airlines” performance in thwarting these attacks…

An October 1998 report by one airline, which was passed around the company offices in the United States, describes a meeting held the previous month with the FAA to discuss security at the San Francisco airport. Among other things, the report noted that the FAA’s Red Team “worked around different areas in SFO airport. They managed to break through different security screenings repeatedly in many different areas. Of 450 times when they were working their way past different security points to get to secure areas they were caught only 4 times.” SFO was one of the airports that had been targeted in the 1993 tests, and cited for a 60 percent failure rate. Five years later, the failure rate was 99.11 percent.

The report stated that the Red Team “managed to get by passenger Xray screening repeatedly (7 times) having on them a gun sealed under their belt-buckle. Also, having an automatic Mac machine gun under their jacket on their back.” The team also easily entered the airlines’ private lounges and put bombs in the passengers’ carry-on luggage, which was not examined before they boarded the plane. Gaining entrance to the ramp area, they entered Skychef catering trucks, and with ease placed whatever they wanted to in the food trolleys. No one questioned them. “Most of the times the catering truck driver was either asleep or reading a book or just looking at the sky or waving a friendly hello,” according to the San Fransisco report. The intruders showed false IDs and then easily drove a van onto the ramp area, although the vehicle had no official plates or security seals. They boarded aircraft at will, and “could easily have placed a bomb on board.”

All of this activity was videotaped by the Naval Surface Warfare Center at Port Hueneme, California, with the idea of using it as a training film for airport security personnel. But when the FAA saw how bad things were, they deep-sixed the video…

According to Andrew Thomas [in his book Aviation Insecurity], “For years, Logan was known throughout the industry as one of the least secure airports in the nation.” In April 2001, Deborah Sherman of Boston’s Fox News station undertook her own investigation of air security at Logan airport, with the help of former Red Team member Steve Elson. Airing on May 6, 2001, her report showed serious security flaws, including knives smuggled through security and unguarded access to secure areas—making Logan clearly vulnerable to terrorist attack.

The report had been instigated by Brian Sullivan, an FAA New England security agent who had retired earlier in the year and was seeking to blow the whistle on what he had observed on the job. On May 7, the day after the program aired, Sullivan sent a tape, along with a detailed and eloquent letter, to Senator John Kerry: “This report once again demonstrated what every FAA line agent already knows, the airport passenger screening system simply doesn’t work as intended. The FAA would like [rather] continue to promulgate a façade of security, than to honestly assess the system. Management knows how ineffective the current system is, but continues to tell Congress that our airport screening is an effective deterrent.”

There was ample  evidence of how easily cockpits could be breached. As Andrew Thomas reports in Aviation Insecurity, in the two years prior to September 11, 2001, passengers managed to enter the cockpits of commercial airplanes thirty times. In one 2000 case, a passenger aboard a Southwest Airlines flight was suffocated to death—apparently by other passengers—after he made repeated attempts to take over the cockpit. In another case the same year, a deranged passenger entered the cockpit of a British Airways 747, bit the captain’s ear, grabbed the controls, shut off the autopilot, and sent the plane into a 10,000-foot dive before the co-pilot managed to regain control. Lack of cockpit security would, of course, become key to the terrorists’ success in the 9/11 attacks.

In 1996, President Clinton appointed a White House Commission on Aviation Safety and Security, headed by Vice President Al Gore, to examine security within the industry—and especially security against possible terrorist attacks…A preliminary report, released in September 1996, elicited a flurry of unhappy responses from airline lobbyists. Gore quickly capitulated to the airline industry, writing a sheepish letter to Carol Hallet, president of the Air Transport Association, the industry trade group: “I want to make it very clear that it is not the intent of this administration or of the Commission to create a hardship for the air transportation industry,” and suggesting that government and industry could work “in full partnership.” According to a study conducted by the Center for Responsive Politics, during the final weeks of the 1996 election campaign, with Clinton pitted against Bob Dole, the airlines poured $585,000 into the Democratic party coffers.

The Gore Commission did make some 50 recommendations, but many of the most vital proposals were gutted or simply ignored. The Commission recommended criminal background checks for airport security personnel, along with a changed work system that would reward performance, rather than just low costs, for both individual security staff and the security companies used by the airlines. The airlines scoffed that these measures would be too expensive, and the FAA (then under the leadership of Linda Daschle [who later became an airline industry lobbyist]) never pursued them.

One Commission member, Victoria Cummock, widow of a Pan Am 103 victim, wrote to Gore, “I register my dissent with the final report. . . . Sadly, the overall emphasis of the recommendations reflects a clear commitment to the enhancement of aviation at the expense of the Commission’s mandate of enhancing aviation safety and security. I can not sign a report that blatantly allows the American flying public to be regularly placed at unnecessary risk.” Cummock was quoted by CNN as saying, “I don’t know how we could really get a fair commission based on the degree of collusion that I see between the [airline] industry, the FAA, the DOT (Department of Transportation), and Al Gore.”

In the six months prior to 9/11, FAA senior officials received 52 intelligence briefings regarding threats from Al Qaeda. “Among the 105 summaries issued between April 1, 2001 and September 10, 2001, almost half mentioned Bin Ladin, Al Qaeda, or both, mostly in regard to overseas threats,” the report said. In addition, the National Security Council’s Counterterrorism Security Group invited the FAA to a “meeting in early July 2001 at the White House to discuss with domestic agency officials heightened security concerns.”

The FAA also sent out informational circulars to warn airports and air carriers about security issues. Seven circulars were sent before 9/11—one on the threat posed by surface to air missiles, five on threats overseas, and one on July 31 mentioning hijacking. Yet while Jane Garvey said “she was aware of the heightened threat during the summer of 2001,” several other top agency officials, as well as senior airline official and veteran pilots, said they were not aware.