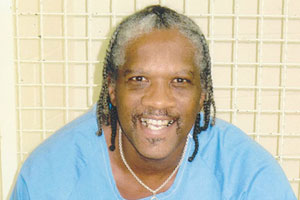 Kevin Cooper will almost certainly be executed sometime early next year for the murders, in 1983, of a California couple, their 10-year-old daughter, and the daughter’s 11-year-old friend. But as Nick Kristof recently explained in the New York Times, there is more than a little doubt that Cooper is guilty. Five federal judges have argued that Cooper may have been framed. The San Francisco Chronicle summarizes some of the issues at stake:

Just one eyewitness survived the horrific scene, a 9-year-old boy whose throat had been sliced. His initial account of the attack is one of many disturbing contradictions that led five federal judges to take issue with their colleagues’ decision to put a stop to Cooper’s appeals.

The boy recalled three attackers—all white. Cooper is black. The surviving victim later changed his story to claim that he saw a black man with a great “poof” of hair standing over his parents’ bed. Cooper, who had just escaped from a nearby minimum-security prison, wore his hair in cornrows at the time.

Investigators also seem to have mishandled evidence—including a crucial blood smear on a t-shirt left near the scene. Both Judge William A. Fletcher’s opinion arguing for rehearing the case (PDF) and Kristof’s column warning that Cooper may be innocent are well worth reading. But to get a sense of what Cooper’s advocates are up against, you should read Debra J. Saunders, the Chronicle‘s “Token Conservative.” She says “Kevin Cooper is a murderer.”

The dispute here highlights the problem with focusing on individual death row inmates: every controversial death penalty case can be argued either way. I understand that it might be easier to get caught up in the pursuit of one person’s exoneration than it is to campaign for a blanket ban on a practice that has been almost entirely eliminated in other first-world democracies. Ultimately, not every person the Innocence Project or Nick Kristof campaigns for is going to be actually innnocent. The difficulty with the death penalty, though, is that nagging doubt that perhaps not every person who is actually executed is actually guilty. This is to say: the facts of any individual case can be seen (and argued) in different ways. But the overall picture is one of a practice that is, as the Times‘ Adam Liptak writes (paraphrasing John Paul Stevens), “shot through with racism, skewed toward conviction, infected with politics and tinged with hysteria.” That, even more than the execution of any individual, is the real problem.