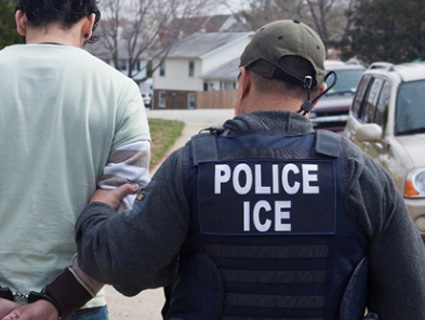 Yesterday, Rep. Zoe Lofgren (D-Calif.) called again for an immediate investigation into whether Immigration and Customs Enforcement intentionally misled local authorities as to whether they could opt out of the controversial immigration enforcement program, Secure Communities. In late April, Lofgren asked ICE to investigate the program for misleading statements surrounding their opt-out policy. “I believe some of these false and misleading statements may have been made intentionally, while others were made recklessly, knowing that the statements were ambiguous and likely to create confusion,” Lofgren wrote. In return, she received a promise from Acting Inspector General Charles Edwards that a review of Secure Communities, otherwise known as S-Comm, would begin at the start of the 2012 fiscal year. In a letter she sent out on May 17, Lofgren states that an investigation into the program is “pressing,” and that the review should begin immediately (see “Lofgren Letters” at the end of this article for all documents).

S-Comm requires local authorities to share fingerprints of anyone arrested with federal immigration authorities, and it purports to target dangerous criminals. The program has drawn heat from immigrant advocates and sheriffs alike, not only for how many non-criminals have been deported under its guises, but also for being vague about whether states and counties had the option to participate. In a recent attempt to clarify S-Comm’s policies, Janet Napolitano definitively told the San Francisco Chronicle that local governments could not exclude themselves from the program. “The whole opt-in, opt-out thing was a misunderstanding from the get-go,” she said. Even so, Illinois Governor Pat Quinn said at the beginning of May that he will pull the state out of the program and that local police will no longer participate.

Lofgren’s most recent demand to ICE also included a copy of a letter sent to her by a former ICE regional coordinator Dan Cadman (see “Lofgren Letters,” page 11). After being fired from ICE for some “unacceptable emails,” Cadman wrote a scathing complaint about his treatment by the agency. “ICE painted itself in a corner and needed someone to blame,” he wrote, referring to how he felt he was made a scapegoat by the agency for their own failures. His letter hints that miscommunication or even deception by the federal government caused state and local authorities to be confused about the program. He also suggests that Freedom of Information Act officials chose which documents to release to the public after immigrant advocacy groups filed a FOIA request, and that officials redacted his name on some of the documents.

Cadman insists that he urged ICE to take a stronger stance on S-Comm’s opt-out policy back in 2009, which he says they ignored (see below).

It’s still hard to say whether ICE backpedaled or intentionally misled local law enforcers about the program (we’ll have to wait for the full investigation to find out). Professor Kevin R. Johnson, Dean of Public Law at UC Davis and editor of ImmigrationProf Blog, says he doubts the feds ever intentionally lied about whether counties had to embrace S-Comm, and thinks the confusion is probably owed to a series of miscommunications. Misleading or not, S-Comm has certainly caused many to question the federal government’s role in local law enforcement. “This shows how far Obama’s ‘enforcement now, enforcement forever’ policy is going,” Johnson says, referring to the president’s hard stance on immigrants and record deportations. While local and state governments are used to dealing with their own law enforcement, in this case “the federal government is commandeering the state governments to deal with immigration for them.”

If an investigation reveals that the feds misled us, will that mean a moratorium on S-Comm, such as the one proposed by an immigrant activist group today, would be successful? “That seems unlikely,” argues Johnson. “The administration is doing everything in its power towards enforcement. I don’t see them backing down here.”