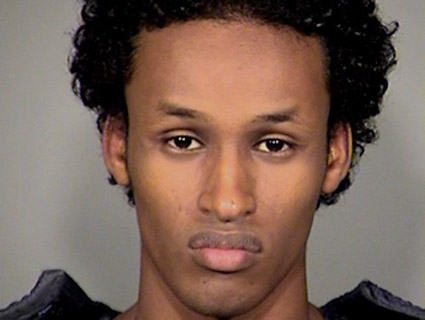 As I fact-checked Trevor Aaronson’s feature on FBI informants infiltrating Muslim American communities, things got personal. One of the defendants, who was given access to explosives by FBI agents during a nearly yearlong sting, prayed at the same Corvallis, Oregon, mosque that I went to as a child. Back then, the Salman al-Farisi mosque catered to a close-knit community of Muslim families. It still does. But the feeling in the town is much different now, and I can’t help but think the FBI’s spying program has something to do with that.

As a kid in the early 1990s, I attended Salman al-Farisi with my family. The two-story mosque could fill with more than 100 people on major holidays, but it was, like many mosques in America, a simple, unremarkable building. Back then, being a Muslim American was just weird—imagine explaining why you’re not eating lunch during Ramadan to your fellow third-graders. For me, visiting the mosque meant an opportunity to fit in. Everyone looked like me. Nobody called me HAM(yes, like the meat product)-ed. As an adult, I recognize that the mosque gave me, and others in attendance, a sense of community. But that was 15 years ago, and today, the mosque’s reality has changed.

That’s because in the years since I went to Salman al-Farisi in Corvallis, two major events rocked this small, agricultural college town. The first was 9/11. After 9/11, being Muslim in America meant more than just being weird: You were now also a potential threat. But it wasn’t till the evening of November 26, 2010, that the war on terror hit close to home for Corvallis. That night, Mohamed Osman Mohamud, a 19-year-old Somalian American, attempted to blow up what he thought was a van filled with explosives at the annual Christmas tree lighting ceremony in downtown Portland. But instead of an explosion, Mohamud and the nation learned that he had been the target of an FBI sting. As national media descended upon Oregon, details about Mohamud’s background quickly became public. Mohamud was attending classes at Oregon State University in Corvallis and had prayed at the Salman al-Farisi mosque—the same mosque my family had attended more than a decade earlier. Days after Mohamud’s arrest, someone lit the mosque on fire, causing extensive damage. Many in Corvallis delivered flowers to the mosque and held a rally in support of the Muslim community immediately following the attack. Last week, authorities arrested Cody Seth Crawford, a 24-year-old man who lived near to the mosque, for the arson.

I imagined that the increased scrutiny from others in the nation—besides learning that their mosque had been the target of an FBI sting—would be traumatic for the tight-knit, small-town Muslim community. So I decided to call them to see how things were. Trouble was, no one wanted to talk. The friends I knew, the people I used to pray with, and the kids I used to play basketball with all ignored my messages. One childhood friend, someone who remains active in the community, warned me that I’d get no response: They were done talking about Mohamed Osman Mohamud. Even though I made it clear I wanted to hear about the mosque these days, not about Mohamud, I had little luck.

A few did respond, like Ali Godil, the copresident of the Muslim Students Association at Oregon State University. Ali knew Mohamed casually; he’d greet him on campus and at the mosque, but mostly he was annoyed at how Mohamed pushed “Salafist” (the brand of Islam that Osama bin Laden followed) ideals. Ali avoided mentioning of Mohamud’s name, referring to him as the “individual on trial,” and he blamed the media for inciting Islamophobia. The arson attack against the mosque was a “reality check,” for Ali. He told me: “It was a little surreal, a little, ‘Wow, are we still stereotyping like that in this day and age?’ I thought we were past that.” Ali said that Muslims in Corvallis felt they needed “to go the extra mile to promote the true meaning [of Islam], so it’s not misinterpreted in the media.” Ali thought he knew why other Muslims in Corvallis wouldn’t return my calls: “They feel that it will just be spun the wrong way—they don’t want the image and identity of the community be that of the stomping grounds of Mohamed Osman Mohamud. They don’t want it to be the only thing people attribute to the mosque.”

Ismail Warsame, a mosque congregant, agreed: “People want to move on; a lot of people don’t want to talk about it.” But most of all, Ismail believes the community is “paranoid of the media…we know them, they will take something and out of it they will make us look bad.” Still, both Ali and Ismail maintain that Corvallis citizens in general were very supportive of Muslims after the mosque’s burning.

As the FBI releases more and more informants (right now there are at least 15,000 of them) into Muslim communities, it hopes to create a hostile environment for potential terrorists. But from my vantage point, it looks like the FBI is creating a hostile environment for regular Muslims as well. If life in Corvallis is any indication, these events do plenty to silence the voices of an already unfairly scrutinized minority. Reports indicate that many of these FBI stings violate the civil rights of Muslim communities in America; when that’s the case, it’s more important than ever that Muslims are able to speak out and be represented fairly in media reports. After my unsuccessful experience trying to shed light on the impact of this FBI sting on my former home, I wonder if anyone will ever be able to understand what life’s like after the FBI targets your community.