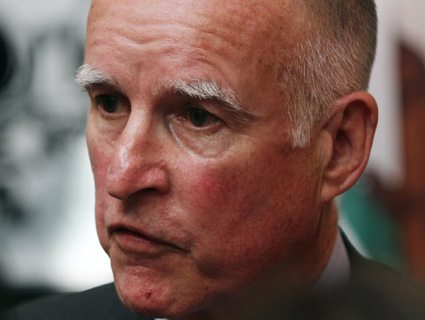 In late May, California Governor Jerry Brown was faced with an impossible problem: The Supreme Court decreed that the state’s 33 adult prisons were subjecting their offenders to “cruel and unusual punishment,” as defined by the 8th amendment of the Constitution, due to prison overcrowding. Consequently, the court ordered that the state remove some 33,000 inmates from its prisons within the next two years. Anticipating the high court’s decision, Brown had signed a bill in April engineered to address both the massive overcrowding issue as well as the state’s ongoing budget woes.

But the bill, which goes into effect this week, could potentially upend the balance between state prisons and local jails. Under the new law—which deploys a strategy known as “realignment”—only those convicted of nonviolent or non-serious crimes will be sent directly to county jails instead of state prison. What sorts of crimes qualify for local sentences? The Associated Press went looking for an answer and found a troubling one:

[A] review…of crimes that qualify for local sentences shows at least two dozen offenses shifting to local control that can be considered serious or violent.

Among them: Involuntary manslaughter, vehicular manslaughter while intoxicated, killing or injuring a police officer while resisting arrest, participating in a lynching, possession of weapons of mass destruction, possessing explosives, threatening a witness or juror, and using arson or explosives to terrorize a health facility or church. Assault, battery, statutory rape and sexual exploitation by doctors or psychotherapists are also covered by the prison realignment law and carry sentences that will be served in a county jail instead of state prison.

“These crimes include a variety of offenses that would strike many civilians as far from trivial,” Public Policy Institute of California researcher Dean Misczynski wrote in a recent analysis of the new law.

And there are other problems with the law. Parole will no longer be an option for those who serve out their terms in county lockup—meaning that parole officers won’t be able to keep tabs on ex-cons, and make sure they’re staying on track with their rehabilitation.

The law could have other calamitous consequences for localities. To make room for more serious offenders, local jails will be forced to release less serious offenders prematurely. Los Angeles District Attorney Steve Cooley estimates that that number could be in the thousands. “Realignment casts too wide a net in defining ‘low level offenses,'” Cooley told the AP. Meanwhile, local police departments will be forced to shift resources and manpower from patrol and other assignments to keep tabs on the glut of new ex-offenders back on the streets.

At issue here is whether local jails and police departments are prepared for the potential deluge of convicts in their jurisdictions, particularly those who could be more dangerous than advertised. Judging from what local officials have been saying in the past week, they also just don’t have the money needed to accommodate the increased number of inmates.

Just as troubling: The utter absence of attention—and accompanying lack of dollars—paid to rehabilitation programs that could help keep these offenders (of the serious and non-serious variety) from cycling through the criminal justice system. Brown, a Democrat, and the California legislature apparently saw this as an investment they just can’t afford.