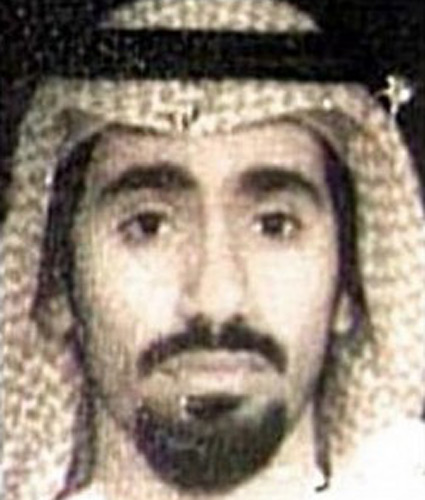 Attorneys for accused U.S.S Cole Bomber Abd al-Rahim al-Nashiri want to know if he’ll be released if acquitted of all charges. The government’s response? We’ll think about it.

Al-Nashiri is set to be tried by military commission at Gitmo for his role in masterminding the 1998 bombing of the USS Cole in the Gulf of Aden in Yemen. The attack killed 17 US sailors and injured thirty-seven others. His defense attorneys filed an order two weeks ago demanding that the government state whether it intends to continue holding al-Nashiri in military detention should he be acquitted of war crimes. If convicted, al-Nashiri could face the death penalty. The defense expressed the concern that “if Mr. Al-Nashiri is acquitted by the Commission, he will not be released, and his detention by the United States will continue, perhaps for the rest of his life.” Because Al-Nashiri is being held in military detention, he can legally be held for “the duration of hostilities.” Since the “hostilities” against al-Qaeda might not ever end, even if found innocent of the charges he’d still be subject to imprisonment for the rest of his life.

The governments response: “We don’t have to tell you” and “maybe.” In its response filing, the government dismisses the request saying that Congress didn’t authorize the commissions to “resolve every aspect of the life of the accused,” and that if al-Nashiri should be acquitted, the “appropriate components of the US government” will decide based on “circumstances which are relevant at the time, and which cannot be adequately foreseen at this point.” The government has raised the possibility of post-acquittal military detention previously—both in the case of Osama bin Laden’s former driver Salim Hamdan during the Bush administration and the cases of Khalid Sheikh Mohammed and the other alleged 9/11 conspirators during the Obama administration—but it’s never actually followed through. Following his conviction by military commission, Hamdan served a short sentence and was back home in Yemen five months later.

That said, the government seems pretty confident in its case. Though al-Nashiri was subject to torture, prosecutors decided to seek the death penalty—which in military commissions requires a uninamous verdict rather than the two-thirds threshold for non-capital cases. The detainees the Obama administration doesn’t feel confident trying it has simply left in indefinite military detention without plans for trial in either the military or federal systems. The defense’s motion though, draws attention to the catch-22s of a legal system in which even acquittal is no guarantee of freedom.