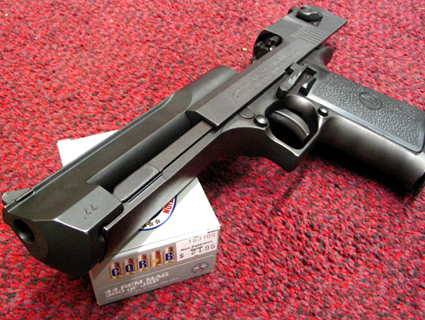 Nearly three months after the death of Florida teen Trayvon Martin put the spotlight on “stand your ground,” a new national organization is pressing thousands of lawmakers across the country to “reform or repeal” laws that sanction the controversial self-defense doctrine.

Second Chance on Shoot First, a nonprofit started in April by New York Mayor Mike Bloomberg and a collection of progressive and civil-rights organizations, is targeting 26 states that legalized “stand your ground”—or “shoot first,” as the group calls it. “Prior to ‘Shoot First,’ people had a traditional duty to retreat from a situation outside their home when they could safely do so,” the campaign’s website states. “Now, afforded immunity and a presumption of lawfulness by the law, armed individuals can seek out opportunities to use deadly force outside their homes. And the hands of law enforcement and prosecutors are tied.”

Mother Jones has reported about how the National Rifle Association and the right-wing American Legislative Exchange Council lobbied nationwide for the laws, and how the laws have hampered law enforcement in numerous cases—including the investigation into Martin’s fatal shooting.

This week, Ginny Simmons, the director of Second Chance, sent letters to more than 4,000 legislators in states with the lax defense standards, urging them to modify or discard the legal guidelines. “[E]xperience has now shown that these laws encourage vigilantism, sow confusion among police, and stymie prosecutors,” she wrote in the letter. “People carrying guns now feel emboldened to resolve conflicts with firearms even if they could safely walk away, and police and prosecutors are uncertain about which shootings may be instances of legitimate self-defense and which are murders.”

“Given the way these laws have played out in practice, a number of legislators who voted for these laws have rightly changed their minds,” Simmons added. “Reform efforts are already underway in Georgia, Louisiana, South Carolina, Texas and Wisconsin.”

But the prospects for repealing “stand your ground” in most states remain dim. Since Martin was shot dead in Florida in February, incoming Senate Minority Leader Chris Smith (D) has spearheaded a small repeal movement, sending Gov. Rick Scott (R) a detailed report (PDF) outlining the law’s problems. So far, though, Smith hasn’t been able to elicit a reaction from a gun-friendly panel tasked with reviewing the law, set up by Scott and the Republican state majority last month. Nationwide, meanwhile, a Reuters/Ipsos poll from April showed that most Americans support some form of the “stand your ground” doctrine. Facing numbers like that, the campaigners for Second Chance on Shoot First may be going off half-cocked.