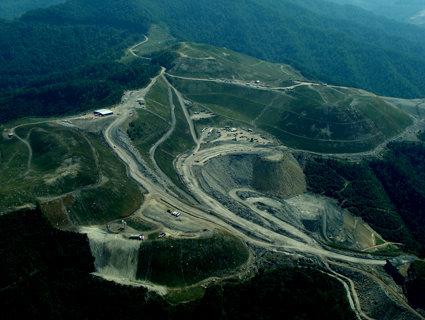 When award-winning West Virginia anti-coal activist Maria Gunnoe went to Washington, DC, last week, she was prepared for obstructionist tactics. She was prepared to face icy stares and hard questions from Republican lawmakers. She was not prepared to be branded a pedophile.

On Friday, Gunnoe testified before the House Committee on Natural Resources in a hearing on the Obama administration’s contentious relationship with the coal mining industry. She had prepared a slideshow presentation that included a photograph by the photojournalist Katie Falkenberg depicting a nude young girl sitting in a bathtub filled with murky brown water. The photo was meant as a salient statement to legislators on the impact of coal mining on society’s most vulnerable. “We are forced to bathe our children in polluted water,” she said. “Or not bathe them.”

Such water is common in taps near mountaintop-removal sites, Gunnoe told me yesterday by phone, and often contains high levels of arsenic, which can seep into groundwater via underground cracks caused by mining explosions.

It was a point she never got to make: Shortly before she testified, Gunnoe was approached by committee staffers at the direction of Rep. Doug Lamborn (R-Colo.) and told she had to remove the photo from her presentation.* She complied, but after testifying was escorted into an empty side room by Capitol Police Special Agent Randall Hayden and questioned for nearly an hour about the photo, which she had gotten the approval of the photographer, the child’s parents, and Democratic committee members to use. Gunnoe said Hayden, whom she described as kind and professional, told her the committee believed the photo to be suggestive of child pornography, and that he would be following up on the possibility of her being involved in such illegal activity.

“I had to pull my chin off the table,” Gunnoe, a mother of two, said. “It gives you a very sick feeling when you’re actually a protector of children.” In 2009, she won the prestigious Goldman Environmental Prize for her work defending rural West Virginia communities against the health and ecological impacts of mountaintop-removal coal mining.

The smear tactic against Gunnoe has nothing to do with coal mining issues, of course—but while the tactic may seem shocking, it’s not difficult to see why Lamborn and his allies would react with such hostility. Lamborn, the Chairman on the Subcommittee on Energy and Mineral Resources, has long kept close ties to coal—a billion-dollar industry in his home state—last year blasting what he called Obama’s “war on coal” in a keynote address to the American Coal Council. 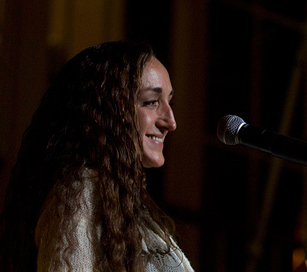 Maria Gunnoe Rainforest Action Network/FlickrFalkenberg, who captured the original image, said it was taken in the presence of the girl’s parents, and with their express consent, for a series she was working on about the human effects of mountaintop-removal mining.

Late Monday, a Capitol Police spokesperson said the investigation had so far “discovered no criminal activity”; in a separate phone interview with Mother Jones, Hayden said the case was still open and declined to detail any specifics. “We look at everything, and then the US Attorney makes a decision about whether or not to prosecute,” he said.

Committee spokesman Spencer Pederson said that after Lamborn decided the photo was “inappropriate for committee use,” committee staffers, with the blessing of committee Chairman Doc Hastings (R-Wash.), contacted police to “apprise them of the situation.” Lamborn’s office, and the child’s parents, did not return calls from Mother Jones for comment.

* Clarification: Gunnoe was not approached by Rep. Lamborn’s staff, as the story originally stated, according to his spokesperson Catherine Mortensen. After unsuccessful attempts to get comment from Lamborn’s office on Monday, Mother Jones was contacted by Mortensen on Tuesday afternoon; she confirmed Lamborn decided that the photo should be barred from the presentation—but did so without looking at it himself, instead relying on the recommendation of Natural Resources Committee staff, who also contacted the police.

* Editor’s note: In an earlier version of this story published on June 5, Mother Jones included the photo at issue, crediting and linking it to the website of the photographer, Katie Falkenberg. Later that day Falkenberg contacted us to request that we remove the photo, in accordance with the family’s desire that it not appear in the media, at which time we removed it.