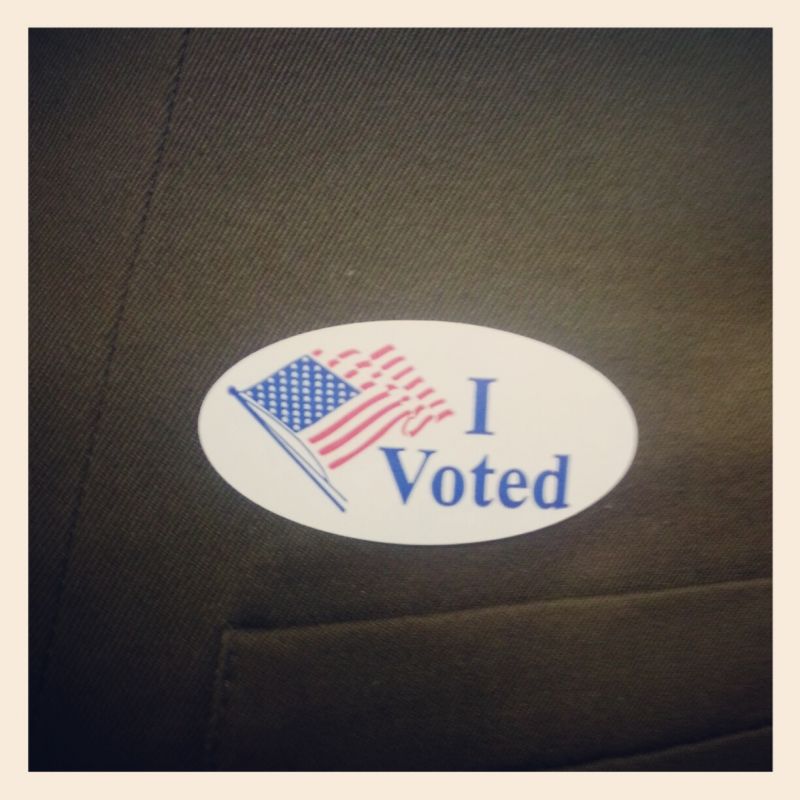 It’s Election Day! Twitter and Facebook are exploding with snapshots people have uploaded of their completed ballots. But before you Instagram your vote, make sure it’s not illegal in your state.

The Citizen Media Law Project (CMLP) reports that seven states explicitly prohibit doing so. Other states also frown upon it:

If you want to take photographs or shoot video inside your polling place, you must be cautious to avoid violating the law. Election laws are serious business – you could be removed from the polling place and even subject to criminal penalties. Some states like Florida, Georgia, Kentucky, Michigan, Nevada, North Carolina, and Texas expressly prohibit the use of photographic and recording equipment inside polling places. In addition, a majority of states have laws prohibiting the disclosure of your own marked ballot, although the details of these laws vary significantly.

As the CMLP points out, there’s a good reason for the rules—they’re intended to “protect voters from interference and intimidation.” Basically they don’t want you snooping on people’s ballots, which makes sense.

The laws differ by state, so check here for information relevant to where you live. The CMLP notes, however, that even if you can’t film inside the polling station, you can likely film outside:

In the vast majority of states, these laws make a distinction between what you can do inside a polling place and what you can do outside a polling place. The laws are more restrictive when it comes to activities inside and within certain buffer zones around the entrance, which are typically 100 feet from the entrance or interior voting area. Outside of the polling place and these buffer zones, your ability to document your voting experience is much freer.

That said, reporters here at Mother Jones and folks at organizations like Video the Vote are asking voters to send in videos and photos of excessively long lines or any suspected malfeasance at the polls. You can certainly capture things happening outside your polling station, but make sure you check the laws in your state before taking photo/video inside.

And if you see something askew at your voting place, please report it to us as well as your local election officials and the Election Protection Coalition.