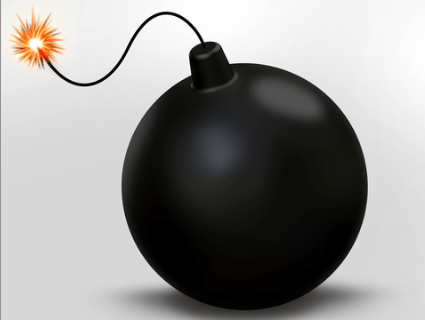 Under current federal law, being a known or suspected terrorist doesn’t disqualify you from buying guns and explosives. A Democratic Senator has introduced a bill that would close what he calls the “Terror Gap.”

On Tuesday, Sen. Frank Lautenberg (D-NJ), reintroduced the bill—it’s called the Denying Firearms and Explosives to Dangerous Terrorists Act—saying in a statement, “our gun laws have gaping holes that allow known and suspected terrorists to walk into a gun store and leave with legally purchased deadly weapons.”

Right now, people on terrorism watch lists often aren’t allowed to get on planes, but the federal government is has no way to stop them from buying weapons unless a background check shows they are prohibited for another reason, like if they are mentally ill, or an undocumented immigrant, or have a criminal record. Lautenberg’s bill would give the Attorney General the authority to stop the sale of guns or bombs when a background check shows that the purchaser is a known or suspected terrorist, and the AG “reasonably believes” that the person may use the weapon in connection with a plot against Americans. (One problem: many people on terror watch lists are not in fact terrorists.)

According to the Government Accountability Office, people on the terror watch lists were cleared to proceed with a weapons purchase ninety-one percent of the time, a total of 1,321 times, between February 2004 and December 2010. Nidal Malik Hasan, the accused Fort Hood shooter, for example, had ties with Yemen-based cleric Anwar al-Awlaki.

“This is common-sense legislation that does not infringe on a gun-owner’s rights, and will protect our troops and our nation,” the veterans group Vet Voice Foundation said in a press release in February.

Not shockingly, the bill has broad bi-partisan support in both chambers. The Bush administration endorsed the legislation. The NRA, however, opposes the measure. In 2011, the gun rights group said the bill was “aimed primarily at law-abiding American gun owners.” The no-guns-for-terrorists bill has been reintroduced for years and has gone nowhere.

Lautenberg says he hopes the proposal will be included in the package of gun measures now being considered in Congress. “From attacks on Ft. Hood to Mumbai, terror plots carried out using guns and readily available explosives are more and more common,” Lautenberg said, “and we must act to stop terrorists from getting these weapons and killing Americans.”