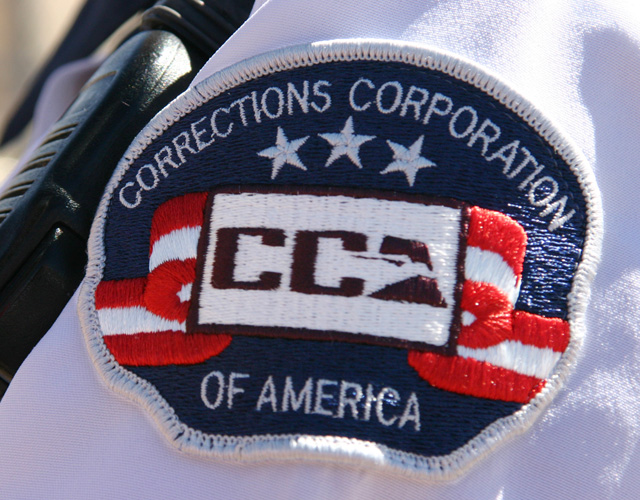 We are living in boom times for the private prison industry. The Corrections Corporation of America (CCA), the nation’s largest owner of private prisons, has seen its revenue climb by more than 500 percent in the last two decades. And CCA wants to get much, much bigger: Last year, the company made an offer to 48 governors to buy and operate their state-funded prisons. But what made CCA’s pitch to those governors so audacious and shocking was that it included a so-called occupancy requirement, a clause demanding the state keep those newly privatized prisons at least 90 percent full at all times, regardless of whether crime was rising or falling.

Occupancy requirements, as it turns out, are common practice within the private prison industry. A new report by In the Public Interest, an anti-privatization group, reviewed 62 contracts for private prisons operating around the country at the local and state level. In the Public Interest found that 41 of those contracts included occupancy requirements mandating that local or state government keep those facilities between 80 and 100 percent full. In other words, whether crime is rising or falling, the state must keep those beds full. (The report was funded by grants from the Open Society Institute and Public Welfare, according to a spokesman.)

You might be wondering: What happens when crime drops and prison populations dwindle in states that agreed to keep their private prisons 80 percent or 90 percent full? Consider Colorado. The state’s crime rate has sunk by a third in the past decade, and since 2009, five state-run prisons have shuttered because they weren’t needed. Many more prison beds remain empty in other state facilities. Yet the state chose not to fill those beds because Democratic Gov. John Hickenlooper and CCA cut a deal to instead send 3,330 prisoners to CCA’s three Colorado prisons. Colorado taxpayers foot the bill for leaving those state-run prisons underused. In March, Christie Donner, executive director of the Colorado Criminal Justice Reform Coalition, estimated that the state wasted at least $2 million in taxpayer money using CCA’s prisons instead of its own.

That’s just one example of how private prison companies keep the dollars rolling in, whether crime is rising or waning. Not surprisingly, In the Public Interest’s report calls on local and state governments to refuse to include occupancy requirements and even ban such requirements with new legislation. “With governmental priorities pulling public funds in so many different directions, it makes no financial sense for taxpayers to fund empty prison beds,” the report says.