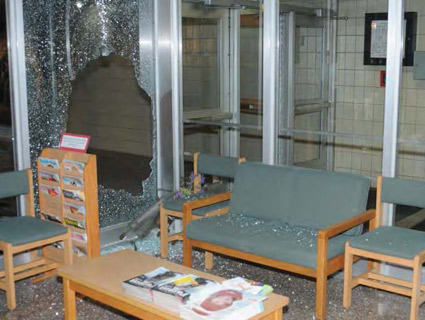 In the three months leading up to his rampage, Adam Lanza only communicated with his mother via email even though they lived in the same house. Prior to leaving on a short trip a few days before her son would murder her and head to Sandy Hook Elementary, Nancy Lanza cooked him some of his favorite dishes. Adam Lanza frequently spent his weekends at a local theater playing Dance Dance Revolution for up to 10 hours at a time. At the time of his death, the 6-foot tall Lanza weighed only 112 pounds. Those are among the new revelations from Connecticut State’s Attorney Stephen J. Sedensky’s final report on the Sandy Hook Elementary School massacre, which was released today.

The long-awaited official documentation of the December 14, 2012 massacre that left 20 children and six adults dead is only a summary of the yet-to-be released final crime report, which is estimated to run thousands of pages, according to the Hartford Courant. The summary report includes a timeline of the police response to Sandy Hook, starting with the first 911 call. It also offers some insight into the family history, interests, and mental health of the shooter, painting a dark picture of a deeply disturbed individual, but offering no conclusive motive for why he did it.

Included in the report is an inventory of video games he owned, along with a record of some of the evidence recovered from Lanza’s hard drives, such as images of him brandishing weapons, movies depicting mass shootings, and videos of people committing suicide by gunshot. Included in a separate appendix to the report are search warrants, photos of the crime scenes, and Lanza’s toxicology report (no drugs or alcohol were found in his system).

Sedensky has been criticized for delaying publication of the report and withholding 911 recordings, which are routinely released to the public. He is currently appealing a ruling by the state’s Freedom of Information Commission stating he must release the emergency calls. A judge is expected to listen to the tapes and make a ruling in the near future. With today’s release of the crime report, the investigation into the massacre is officially closed.

Here are some of the other key takeaways from the report: