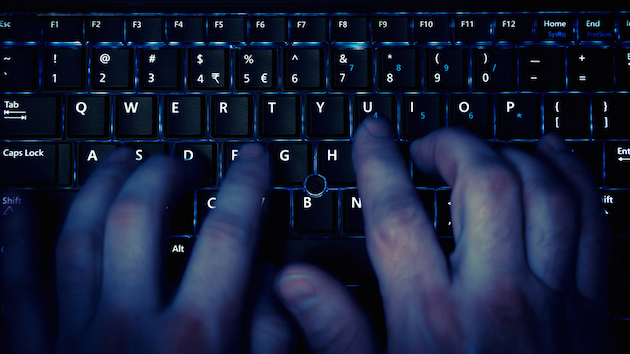 A corrupt former drug enforcement agent who played a central role in taking down the popular online drug bazaar Silk Road will serve six and a half years in prison for corruption, a federal judge ruled Monday.

Carl Mark Force IV pleaded guilty to extortion, money laundering, and obstruction of justice this past summer, after working for two years as an undercover agent for an interagency team tasked with identifying the owner of Silk Road. Force, who spent 15 years with the Drug Enforcement Administration, used his position in the investigation to swindle his way to a payout of more $700,000 in Bitcoin and a Hollywood contract. (Another member of the investigative team, ex-Secret Service Agent Shaun Bridges, also pleaded guilty over the summer to pocketing $820,000 from the accounts of Silk Road users.) Force has also been ordered to pay $340,000 in restitution.

In case you haven’t been following the Silk Road case, here’s a primer:

What exactly was Silk Road, again? Silk Road was a darknet marketplace that connected buyers and sellers dealing in a vast array of narcotics, false documents, weapons, and other contraband. “The idea was to create a website where people could buy anything anonymously, with no trail whatsoever that could lead back to them,” creator Ross Ulbricht wrote in his journal. Users paid in Bitcoin—around $1.2 billion worth—and could only access the site using an anonymous internet browser called Tor. Ulbricht ran Silk Road using the moniker “Dread Pirate Roberts” from January 2011 until 2013, when he was caught red-handed at his laptop by a law enforcement sting in a San Francisco coffee shop.

Depending on whom you ask, the site was either a radical experiment in libertarian principles or “the most sophisticated and extensive criminal market on the Internet,” as the criminal complaint against Force put it.

Ulbricht, who earned a commission on each transaction, was found guilty of drug trafficking, money laundering, and hacking, and he was sentenced to life in prison during the summer. At the sentencing hearing, the federal judge didn’t hide her intention to make an example of Ulbricht: “What you did was unprecedented, and in breaking that ground as the first person you sit here as the defendant now today having to pay the consequences for that.” Ulbricht’s family, defense counsel, and supporters have mounted a public campaign to protest what they call a “draconian sentence.”

Okay, but what does Carl Force have to do with all that? As the lead undercover cop for a Baltimore-based team of federal investigators, Force was in charge of communicating with Ulbricht. To that end, he created and used a fake persona, “Nob”—ostensibly a US drug smuggler—to make contact and gain Ulbricht’s trust. In his communication with Nob, Ulbricht commissioned the murder of an employee, Curtis Green, whom he suspected of stealing Bitcoin from Silk Road accounts. (That money turned out to have been stolen by Bridges.) Force and the rest of the Baltimore team then staged the murder of Green. The incident was the first of six hits that Ulbricht has been accused of arranging, though those charges were not pursued in the final prosecution.

At what point did Force start breaking the law? In addition to Nob, Force created unauthorized personas, including “French Maid” and “Death from Above,” which he used to extort more than $200,000 from Ulbricht in exchange for fake identification and inside information on the federal investigation. Because many of the communications were encrypted, it’s impossible to tell whether the intelligence Force sold to Ulbricht was entirely junk, or whether he truly was a mole. What we do know is that once Ulbricht paid, Force has admitted to transferring the funds to a personal account, not a government one.

“Carl Force crossed the line from enforcing the law to breaking it,” Assistant Attorney General Leslie Caldwell said in a statement after Force’s guilty plea, adding that the agent was “seduced by the perceived anonymity of virtual currency and the dark web.”

That sounds like something straight out of The Shield. There’s more: Force, who has invested heavily in Bitcoin since learning of it through the case, became the acting chief compliance officer at the Bitcoin company CoinMKT in 2013. There, he illegally seized more than $300,000 in assets from a user that the company had flagged for suspicious activity and transferred the money to his personal account.

And to top it all off, in March 2014, Force entered into a $240,000 contract with 20th Century Fox Film Studios for a film about the Silk Road investigation—without notifying his superiors.

Could this affect a potential appeal by Ulbricht? Yup. His defense attorney, Joshua Dratel, has indicated that the appeal will challenge the decision to ban any reference to the corruption from the courtroom. “We knew that the case agent who made the first contact with Dread Pirate Roberts was, in fact, entirely corrupt,” Ulbricht’s lawyer said following the sentencing. “We were prevented from using any of that at trial. That is going to be an issue.” Dratel had previously called for a retrial after the corruption charges came to light, but the request was denied—in part because a second, concurrent investigative team based in New York was the one that ultimately busted Ulbricht, not the Baltimore team. The appeal, which has not yet been scheduled, will go before a panel of three judges in the 2nd Circuit Court of Appeals.