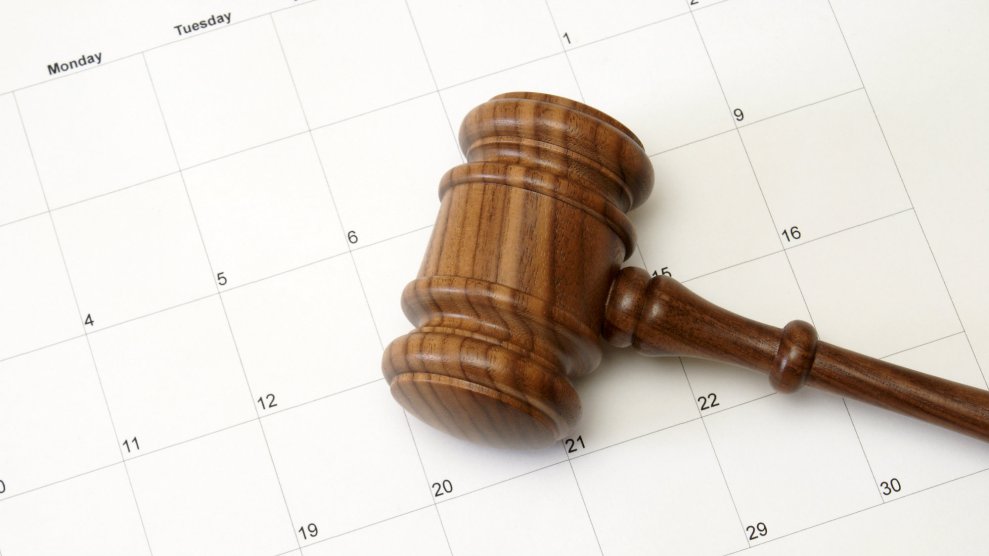 Mark Asay is scheduled to be executed in Florida on August 24 for the 1987 murders of Robert Booker and Renee Torres (who was originally identified in court documents as Robert McDowell). It will be the first execution carried out in the Sunshine State since Oscar Bolin was put to death in January 2016, and the first time ever that Florida will execute a white person for the murder of a black person.

But the case is also significant because the US Supreme Court ruled in 2016 that Florida’s death sentencing protocol, which did not require unanimous juries before a judge imposes a sentence, was unconstitutional. Now, dozens of inmates on Florida’s death row are eligible to be re-sentenced—but only if they were sentenced before 2002, so Asay does not qualify.

“The death penalty system in Florida is in absolute chaos,” says Mark Elliott, the executive director of Floridians for Alternatives to the Death Penalty, an anti capital-punishment advocacy group. The state leads the country in wrongful death penalty convictions: Since 1973, 27 people have been freed from death row after new DNA evidence was discovered, prosecutorial misconduct was found, eyewitness misidentification had occurred, or other variables freed them. In 2013, Republican Gov. Rick Scott signed a law that would hasten executions by requiring the governor to sign a death warrant 30 days after the clemency review is completed, and the execution to occur within 180 days. Scott is currently being sued by Aramis Ayala, a state attorney, after he removed her from capital murder cases because she refused to seek the death penalty. In his seven years of office, Gov. Scott has signed 23 death warrants—more than any Florida governor in the modern era.

In his seven years of office, Gov. Scott has signed 23 death warrants—more than any Florida governor in the modern era.

Since March, state law has required a unanimous jury to sentence an inmate to death, and the policy is retroactive to 2002. That means means dozens of inmates who have been on death row after 2002 are eligible to have their sentences reviewed and possibly commuted to life in prison. But some anti-death penalty advocates consider portions of the new law to be unfair, because it does not include all prisoners and is therefore not not fully retroactive.

The law came about from a 1998 case. Timothy Hurst gagged and murdered his co-worker, Cynthia Harrison at a Popeye’s in Pensacola, Fla. He was sentenced to death two years later, in 2000, after a jury voted 11 to 1 for execution. During appeal, he was granted a new sentencing trial because his counsel did not present evidence of his possible brain damage and borderline intelligence. At his new sentencing trial in 2012, he presented those factors as mitigating evidence, but the jury sentenced him to death again, this time 7-5.  Hurst appealed once more, and his case made it to the US Supreme Court in 2015. In Hurst v. Florida, the court ruled in an 8-1 decision that the state had violated the Sixth Amendment right to a jury trial and forced Florida to change its sentencing laws.

In December 2016, the Florida Supreme Court ruled, 6-1, that the 2002 line would stand. In his dissent, the now retired Justice James Perry wrote that “the line drawn by the majority is arbitrary and cannot withstand scrutiny under the Eighth Amendment.”

There are more than 350 inmates awaiting execution on Florida’s death row. Of them, more than 150 were sentenced to death after 2002, which means their sentences are eligible to be commuted. Approximately 200 inmates have no chance of getting their sentences changed, including Mark Asay.

His case is not one that invites sympathy. During a night of drinking and searching for prostitutes with his brother Robbie and friend “Bubba” McQuinn, Asay murdered two people in Jacksonville. His first victim was a black man named Robert Booker, whom he saw having a conversation with McQuinn.  According to court documents, Asay yelled at Booker and called him racial slurs. McQuinn tried to intervene but Asay got his gun and shot Booker in the stomach. When his friend asked him why he shot Booker, according to court documents Asay replied, “You got to show a nigger who is boss.”

Asay and his friends drove away and continued to look for women when they met Renee Torres, who court documents identified as Robert McDowell, “a black man dressed as a woman.” Asay acted as a lookout while Torres and McQuinn engaged in a sexual act, court documents say. Asay then returned, dragged Torres from the car and shot the victim six times. When McQuinn asked why he shot Torres, Asay said that the “the bitch had beat him out of ten dollars.” The trial was fraught with racial tension, as witnesses testified about Asay’s usage of racial slurs and alleged white supremacist tattoos. In 1988, jurors voted 9 to 3 to put Asay to death.

Asay has tried to halt his execution for several different reasons including the 2002 cut off date, but he’s been repeatedly denied. Last week, the Florida Supreme Court denied his application for a stay of execution saying that Hurst cannot be retroactively applied. Justice Barbara Pariente dissented saying executing Asay despite the 9 to 3 jury vote “violates the foundational principles of both the Florida and United States Constitutions.”

On August 14, just days before Asay’s scheduled execution, the Florida Supreme Court announced that it had erroneously identified Torres as a black man, decades earlier. According to the Court, the victim was either Latino or white. In a petition to the state high court, Asay’s lawyers say this error should entitle Asay to relief, writing that “the state’s case against Mr. Asay was premised upon its claim that the two homicides at issue were motivated by [his] alleged racial animus.”

For Mark Elliott, Asay’s case demonstrates the injustice at the root of the partial retroactivity. “If a sentencing law is declared unconstitutional,” he says, “it should be unconstitutional for everyone.”