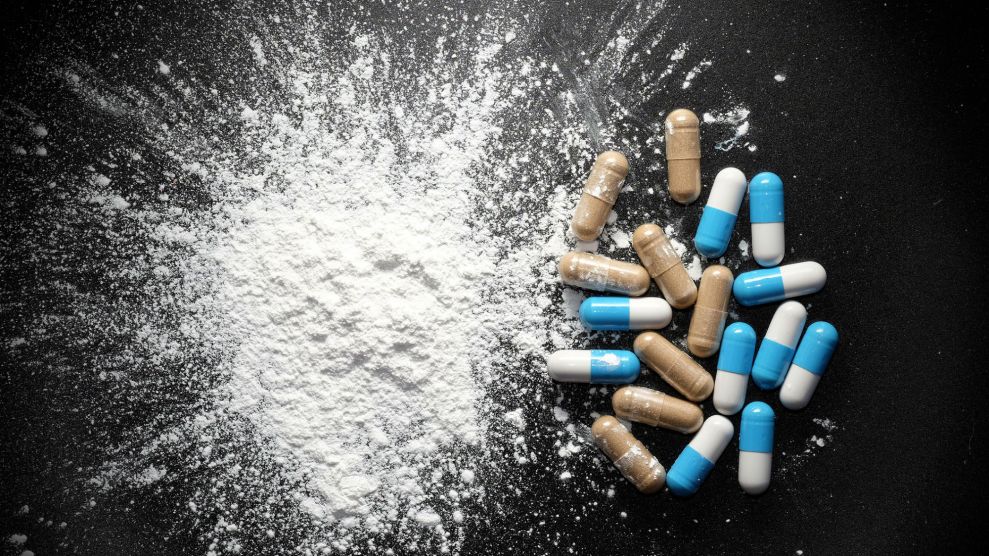 As the number of deaths from drug overdoses continues to skyrocket, attention from the White House, state legislatures, and the media is focused on opioids and the white men driving the crisis. But according to a study published last week in the journal Annals of Internal Medicine, African Americans are facing their own overdose death epidemic, fueled by cocaine.

Using death certificate data from between 2000 and 2015, researchers from the National Cancer Institute and the National Institute on Drug Abuse tracked the drugs involved in fatal overdoses and separated out the numbers by race. The data is imperfect, because multiple drugs can be listed on a single death certificate, and the study didn’t track drug interactions. As a result, it is impossible to parse whether someone with, for example, both cocaine and opioids in their system died from the cocaine or because, say, their drugs were laced with fentanyl, a powerful opioid increasingly making its way into the drug market. But the authors’ findings are otherwise crystal clear: black Americans are dying from cocaine-related overdoses at rates similar to the rate of whites fatally overdosing on prescription opioids and heroin, a trend most apparent among older black people.

It’s true that, overall, opioids are killing far more people than is cocaine—53,332 died of opioid overdoses in 2016 compared with 10,619 who died from cocaine that year, according to the Centers for Disease Control and Prevention’s most recent data. Last year, the number of Americans who died from drug overdoses increased by 21 percent from 2015, with deaths due to fentanyl and heroin leading the pack.

Still, the authors say, the cocaine epidemic among the black community is often ignored. “These deaths are an important, long-term public health problem that is often overlooked,” the study says. “Strategies to combat the U.S. prescription opioid and heroin epidemics remain critical for all racial and ethnic groups. However, additional efforts focused on the prevention of cocaine-related deaths … are needed.”

In October, Attorney General Jeff Sessions called the opioid problem “the deadliest drug crisis in American history.” The same month, President Donald Trump’s opioid commission released its final report recommending Congress fund state grant programs to tackle the crisis. The report came on the heels of Trump declaring the epidemic a public health emergency rather than a national emergency as previously promised. The move was criticized by public health experts because it only gives the administration access to a fund totaling, at the time of the president’s announcement, to $57,000. Declaring the epidemic a national emergency would have unlocked millions in federal funds to combat the crisis.

Meanwhile, little attention is being paid to the other drugs involved in rising numbers of overdoses. According to Kassandra Frederique, the New York state director at the non-profit Drug Policy Alliance, part of the reason that cocaine-related overdoses are overlooked is because the people most affected are people of color. “Race has shaped our larger conversation around drugs and how we’ve invested in certain sources,”she told Mother Jones. “You see that race is still very much playing a role.”

Here are the study’s key findings: