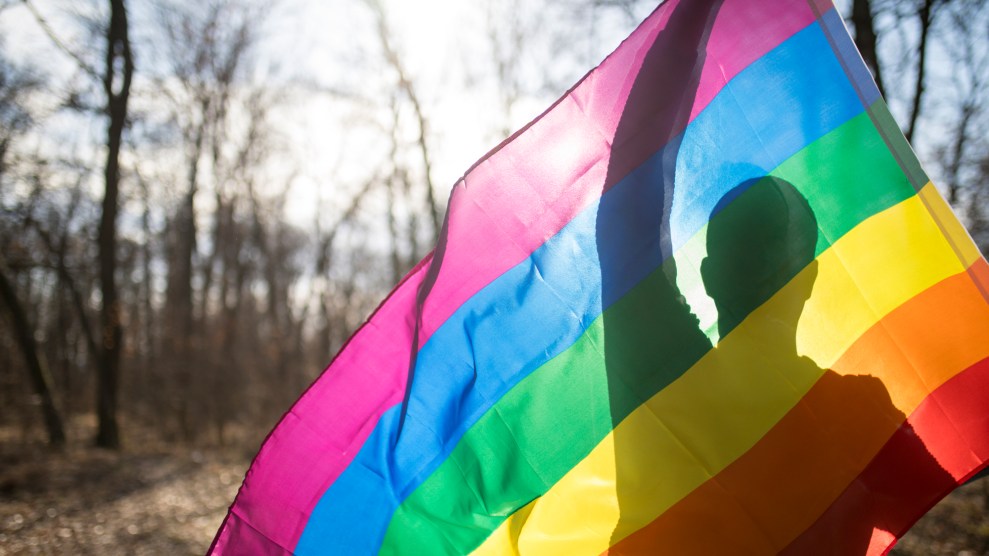 The Department of Justice is looking to stop asking 16- and 17-year-olds about their sexual orientation and gender identity in the National Crime Victimization Survey. Critics say the move is a way for legislators to leave LGBT teens out of policy decisions.

The twice-a-year national survey asks about 135,000 households questions about the frequency and nature of both reported and unreported crimes. Questions about sexual orientation and gender identity have been included in the survey since July 2016. These questions are voluntary and confidential—teens who don’t wish to answer them don’t have to. But in a Federal Register notice on Wednesday, the Bureau of Justice Statistics requested to raise the minimum age for those questions from 16 to 18 “due to concerns about the potential sensitivity of these questions for adolescents.”

The request quickly prompted a response from the University of California-Los Angeles’ Williams Institute, a think tank dedicated to LGBT research. “The Bureau of Justice Statistics at the Department of Justice has been a leader in advancing knowledge about the LGBT population, but the Bureau’s new leadership seems to want to bury its head in the sand,” Director of Federal Policy Adam Romero says in the statement.

“What’s measured is what matters when it comes to public policy,” says Eliza Byard, executive director of the New York-based Gay, Lesbian & Straight Education Network. She points out that similar questions on another survey, the Youth Risk Behavior Survey, have been crucial to shaping programming at the Centers for Disease Control and Prevention. In August 2016, the CDC published a report on health disparities in lesbian, gay, and bisexual high school students for the first time, finding that these teens are at an increased risk for experiencing violence. Byard notes that data has been “hugely important for designing public health programs run out of the CDC.” The CDC’s own website states: “Collecting information about students’ sexual identity and about the sex of their sexual contacts is necessary.”

Williams Institute scholars point out that teenagers have been answering questions about their LGBT status in other federal surveys for years. The Youth Risk Behavior Survey includes respondents as young as 13, and the National Survey of Family Growth includes respondents as young as 15, according to their press release. At the National Center for Lesbian Rights in San Francisco, youth policy director Shannan Wilber notes that the Prison Rape Elimination Act requires juvenile detention facilities to screen inmates for risk of abuse based on “whether the inmate is or is perceived to be gay, lesbian, bisexual, transgender, intersex, or gender nonconforming,” among other criteria.

For both Byard and Wilber, the Justice Department’s request is a way to erase LGBT youth from the equation. “When groups of people are invisible, their problems are invisible,” Wilber tells Mother Jones. The National Center for Lesbian Rights plans to file public comments, and Wilber expects other organizations will as well.

But, Wilber says, if the Justice Department’s request is granted, there may not be legal recourse available—which could lead to new hurdles for the community she works to support. “You have to have data and information to make informed decisions, and to make public policy, about what’s actually happening,” Wilber says. “To take the position that you’re no longer going to collect this information is really taking the position that you’re not going to address these problems.”

The request is open for public comments until May 11.