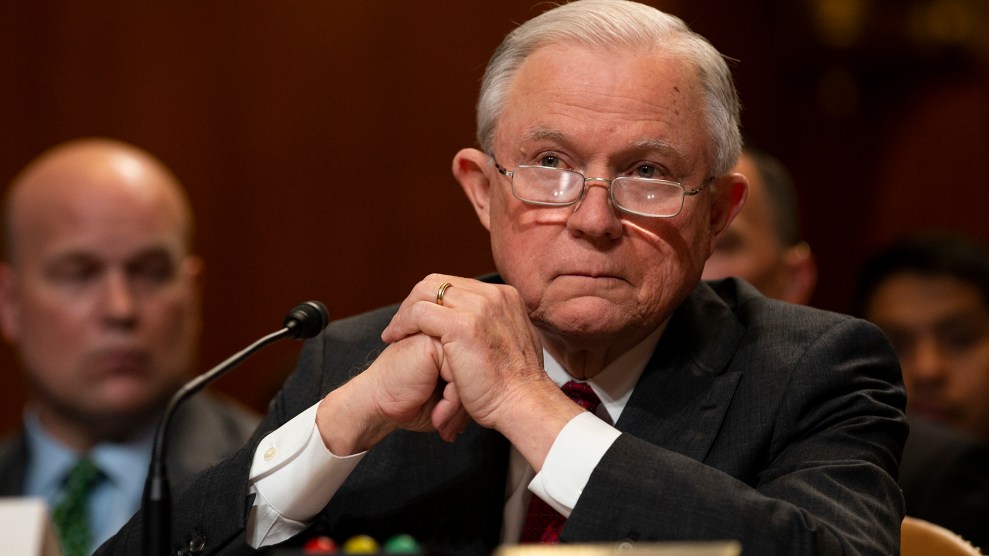 A pair of bipartisan lawmakers in the House introduced a revamped version of a bill today to reform the federal prison system, handing some concessions to progressive groups that for weeks have argued the bill is not comprehensive enough.

The Prison Reform and Redemption Act, sponsored by Reps. Doug Collins (R-Ga.) and Hakeem Jeffries (D-N.Y.) and supported by Jared Kushner, was reintroduced as the First Step Act. The House Judiciary Committee is reportedly scheduled to mark up the legislation on Wednesday.

The bill attempts to encourage more inmates to participate in rehabilitative programs like vocational training, to help them find jobs after their release. President Donald Trump’s son-in-law, who also serves as a White House senior adviser, has tried to rally support for the measure, but many Democrats and progressive groups have opposed it because it does not include sentencing reform.

Though the new version of the bill does not address this concern, it includes several changes that could make it more palatable for progressives. The draft legislation includes new language to clarify that inmates can earn up to 54 days each year of good-time credits, allowing them to reduce the length of their sentences. Currently, the Bureau of Prisons caps these credits for inmates at 47 days per year.

Progressive groups were still reviewing the revamped legislation on Monday and disagreed over its potential effects. Jessica Jackson Sloan, the national director of #cut50, a criminal justice reform group co-founded by commentator Van Jones, argued that the change to good-time credits would be applied retroactively, allowing thousands of inmates to leave prison immediately. “At this point the bill has improved so greatly and represents such a meaningful change for those inside, that Van Jones, #cut50 and others have decided to support the bill,” Jackson Sloan wrote in an email.

But a spokeswoman for the American Civil Liberties Union cautioned that she saw no language in the bill that would allow this change in good-time credits to be applied retroactively. Kara Gotsch, director of strategic initiatives at the Sentencing Project, another criminal justice reform group, agreed. She said her organization would support retroactivity if it were to be included, but she warned that such a measure would be strongly opposed by Attorney General Jeff Sessions, who has pushed back against sentencing reforms that would allow inmates to leave prison sooner.

The legislation also gives inmates a chance to rack up another type of credit, called earned-time credit, if they participate in rehabilitative programs, allowing them to spend more time in a halfway house or home confinement at the end of their sentence. Compared with previous versions of the bill, the First Step Act could allow a bigger group of inmates to cash in on these credits, though Gotsch cautions that Bureau of Prison officials would still have discretion over the number of high-risk offenders who are included in this group.

She adds that the latest bill does not adequately address other concerns, including that halfway houses likely won’t have space to accommodate the inmates who accrue more earned-time credit. Progressive groups also point out that while the legislation encourages more prisoners to participate in rehabilitative programs, the Bureau of Prisons is struggling with a staggering wait list for the programs it currently offers. And many facilities don’t have enough staffers to run additional programs: Wardens regularly require teachers at federal prisons to postpone or cancel their classes so they can fill shifts for correctional guards in the housing units.

Check out the full draft of the First Step Act below. A companion Senate bill will be introduced by Sens. Sheldon Whitehouse and John Cornyn, according to a senior adviser for Rep. Jeffries.