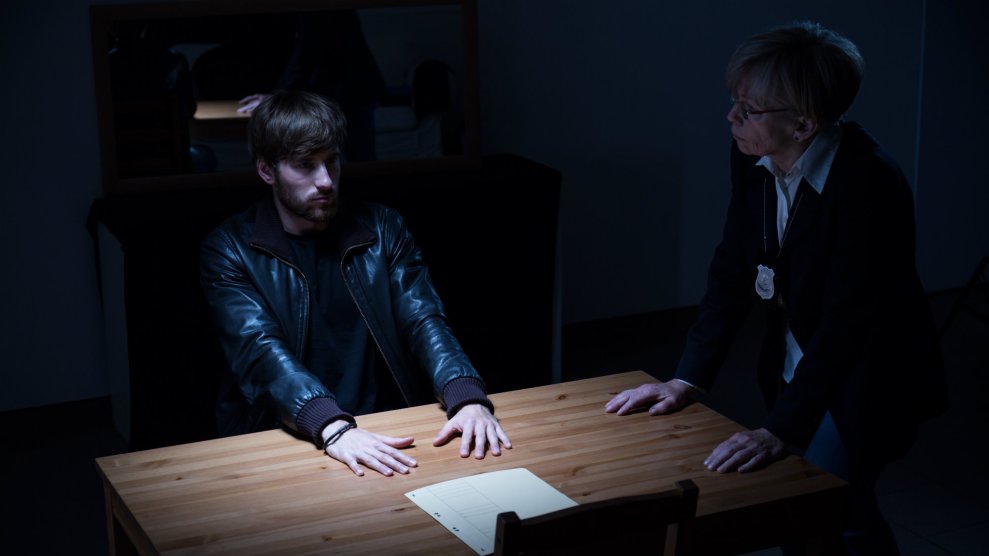 For the last two decades, Curtis Flowers has been on death row in Mississippi for a 1996 quadruple murder. He has consistently maintained his innocence and appealed his case six times on issues ranging from racial bias in jury selection to prosecutorial misconduct. But each time, District Attorney Doug Evans has succeeded in keeping Flowers behind bars, largely because of his reliance on jailhouse informants who have insisted that Flowers confessed to the killings. But now, during the 11-episode American Public Media podcast In the Dark that chronicled the case, Evans’ star witness confessed that he made it all up.

In the criminal justice system, Flowers’ case is not unique. “Criminal snitching is an enormous problem for our justice system, in part because it’s an enormous source of error,” Alexandra Natapoff, a professor at the University of California-Irvine and an informant expert, told the Intercept in 2015. Jailhouse informants, colloquially known as snitches, can be unreliable because the prosecution tempts them to offer testimony against the defendant with a number of enticing incentives: a reduction in sentence, for instance, or a move to a more desirable prison. According to the National Registry of Exonerations, a jailhouse snitch was used in 23 percent of death penalty cases where the defendant was later exonerated. In a report from the Center of Wrongful Convictions, a project of Northwestern University, researchers found these types of informants to be “the leading cause of wrongful convictions in US capital cases.”

“Criminal snitching is an enormous problem for our justice system, in part because it’s an enormous source of error.”

For Curtis Flowers, one man’s testimony became the backbone of the state’s case against him. The events began one morning in July 1996, when Bertha Tardy and three other people were found dead at the Tardy Furniture store in Winona, Mississippi. Flowers, who was a former employee, was quickly named the main suspect after eyewitnesses placed him near the car of his uncle who owned the type of gun that investigators say was used in the shooting. Law enforcement believed that Flowers was a disgruntled former employee looking for revenge. He had no criminal rap sheet and was known in the community as a gospel singer. Flowers was indicted for the murders in March 1997.

“The idea that a guy like Curtis could pull off this thing kind of boggles credulity,” says Alan Bean, the executive director of Friends of Justice, a civil rights organization that focuses on the criminal justice system. “I don’t think the average person could do this. You have to be remorseless.”

Each of Flowers’ trials had problems in one way or another, but the role key witnesses played in his conviction was especially problematic. “None of the witnesses who came forward were credible,” Bean says. “They were all compromised and fearful.”

Flowers was tried for the first time in 1997 for the murder of Bertha Tardy. Prosecutors led by District Attorney Evans obtained confessions from Flowers’ cellmates from the Leflore County Jail where he was being detained while awaiting trial. Frederick Veal and Maurice Hawkins both testified that Flowers had admitted to the crimes. But, according to court documents, Veal would later say that his claim was elicited by Evans and Leflore County Sheriff Ricky Banks. Veal later told the Clarion Ledger that he didn’t have any information about Flowers’, but Banks and Evans “came down and gave me a piece of paper telling me what happened in the case.” In 2015, Hawkins signed a sworn affidavit saying his testimony was false; Veal followed suit in 2016.

Neither Hawkins nor Veal testified in Flowers’ subsequent trials, so the state ended up relying on Odell Hallmon—who’s currently serving life without the possibility of parole for murdering three people in 2016—as their star witness. His sister, Patricia Hallmon, was Flowers’ neighbor and told police that she saw him in a pair of Fila Grant Hill shoes, the same type of shoes that allegedly left a footprint at the scene of the crime. Odell Hallmon originally told police that his sister lied about seeing Flowers because she wanted the reward money, but then he switched sides. In the last four trials, he testified that Flowers confessed to the murders while they were both in the state penitentiary in Parchman, Mississippi. In return, according to Hallmon, two of his drug charges were dropped.

“As far as him telling me he killed some people, hell naw, he ain’t ever told me that. That was a lie.”

But in an episode of In the Dark podcast, Hallmon made an extraordinary confession. The 40-year-old had already spent more than 15 years in prison for having shot and killed his ex-girlfriend, her mother, and another man, and for shooting at his own son, who survived, unharmed. In May, through a contraband cellphone, Hallmon told the podcast that he made up his testimony. “As far as him telling me he killed some people, hell naw, he ain’t ever told me that,” Hallmon said. “That was a lie.” He claims that he lied because Evans agreed to drop some charges against him. The district attorney has denied these allegations.

While the specific circumstances may be different, Flowers case illustrates some of the myriad problems that arise when a snitch becomes the key witness for prosecutors. In the most extreme cases, the defendant was executed before it came to light that the jailhouse informant was lying. Cameron Todd Willingham was executed in Texas in 2004. Accused of murdering his daughters by burning down their home, the case was based on extremely shoddy, now-discredited forensic science and the testimony of jailhouse informant Johnny Webb. Webb had testified that Willingham confessed to him while in jail. Ten years after Willingham was executed, the Innocence Project discovered evidence that Webb was offered a reduced prison sentence in return for his testimony.

Some states have enacted reforms. In 2017, Texas passed a law that would force prosecutors to disclose a host of data on jailhouse informants including what benefits they may be receiving for their testimony and their history in speaking up about other cases.

In other instances, civil liberties groups have filed lawsuits challenging the use of jailhouse informants. The American Civil Liberties Union recently filed a lawsuit against Orange County, California, District Attorney Tony Rackauckas and Orange County Sheriff Sandra Hutchens for allegedly running an illegal, secret, and widespread jailhouse informant program. The county has the third-most death row inmates in California. “They have won countless convictions based on unreliable information—the results of jailhouse informants’ coercion of defendants—that they passed off in court as solid, sound, and legal.” said Brendan Hamme, a staff attorney at the ACLU of Southern California in a statement. Both the district attorney’s office and the sheriff’s department have denied the allegations and the DA’s office released a statement saying it would “continue to lawfully use all evidence lawfully developed by local law enforcement.”

Mark Cleveland, a California man who was an informant for the Orange County DA, succinctly explained why the system is both so corrupt and so pervasive. “The problem is the desperation to get out,” he told CBS’ 60 Minutes host Sharyn Alfonsi in 2017, “and the willingness of the district attorney to use us.”