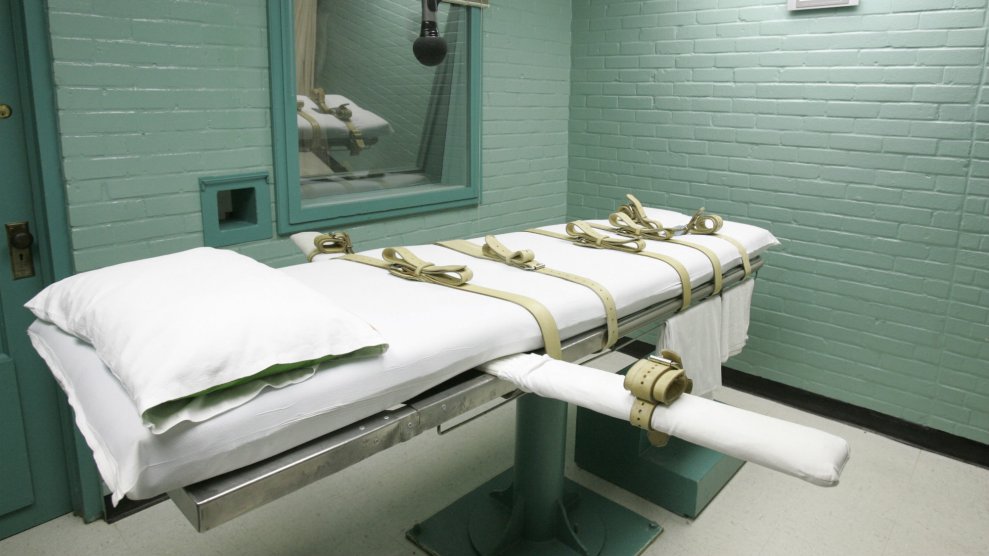 Patrick Murphy was granted a rare stay of execution by the US Supreme Court in a 7-2 vote that took place two hours after he was scheduled to be executed. Murphy’s religious discrimination claim argued that because he was a converted Buddhist, he needed a spiritual adviser to help him get to the Pure Land after death. Only prison employees are allowed to be in the execution chamber, and in the Huntsville Unit in Texas only Christian and Muslim clerics are on staff.

“As this Court has repeatedly held, governmental discrimination against religion—in particular, discrimination against religious persons, religious organizations, and religious speech—violates the Constitution,” Justice Brett Kavanaugh wrote in a concurring opinion. Because inmates of other religious denominations are provided with clerics, he wrote,  allowing Murphy to have a Buddhist spiritual adviser by his side in the death chamber infringes on his religious freedom.

The court’s decision on Murphy, a white man who converted to Buddhism, sharply contrasts with their decision regarding Domineque Ray, a black Muslim death row inmate who was recently executed in Alabama after the US Supreme Court ruled 5-4 in February to lift a stay granted by a federal court. Ray, who was sentenced to death for the 1995 rape and murder of a 15-year-old girl, argued that his religious rights were being violated because Alabama would not allow a Muslim cleric into the death chamber. Like Texas, Alabama only allows prison employees to be inside the chamber, but there are no others but Christian clerics on staff.

“Ray has put forward a powerful claim that his religious rights will be violated at the moment the state puts him to death,” Justice Elena Kagan wrote in a dissent. But the high court did not review the religious aspect of the case, instead it focused on a procedural issue, noting that the timing of the claim was too late for consideration—a charge the court’s liberal justices rejected.

Murphy is one of the last living members of a group known as the Texas Seven. One of the men died by suicide before he was arrested, and the rest were sentenced to death. Four of them have already been executed. In late 2000, Murphy and six other men, escaped from the Connally Unit in South Texas and went on a crime spree that ended on Christmas Eve. While several members of the group were robbing a sporting goods store, someone called the police. Murphy was outside in the getaway car when he spotted police officer Aubrey Hawkins responding to the call. Murphy radioed his accomplices urging them to leave the store. When the men came outside, five of them started shooting, killing Hawkins.

Earlier this week, Patrick Murphy sought to halt his execution by requesting a 30-day reprieve from Gov. Greg Abbott, which the governor did not respond to before the Supreme Court ruling. Although he was not the killer, Murphy was sentenced to death under the controversial “law of parties.” As the Texas Tribune explains:

Under Texas law, Murphy is just as culpable as the men who fired their weapons at Hawkins because he was participating in the robbery, and a jury determined that either Murphy was acting with the intent to help in the crime, or, even if he had no intent to kill anyone, the murder “should have been anticipated as a result” of the robbery. To be sentenced to death, the jury must have agreed that Murphy at least anticipated the death. Texas lawmakers have filed bills that are seeking to change the statute to not allow death sentences for accomplices.

“It is unconscionable that Patrick Murphy may be executed for a murder he did not commit that resulted from a robbery in which he did not participate, at the exact moment when lawmakers are considering whether anyone possibly convicted under [the law of parties] should be eligible for the death penalty,” David Dow and Jeff Newberry, lawyers for Murphy, said in a statement two days before their client’s scheduled execution date.

Now, Murphy gets more time argue his religious discrimination claim, but the state has a simple option to speed his execution. They can permit a Buddhist spiritual adviser to accompany him in the death chamber.