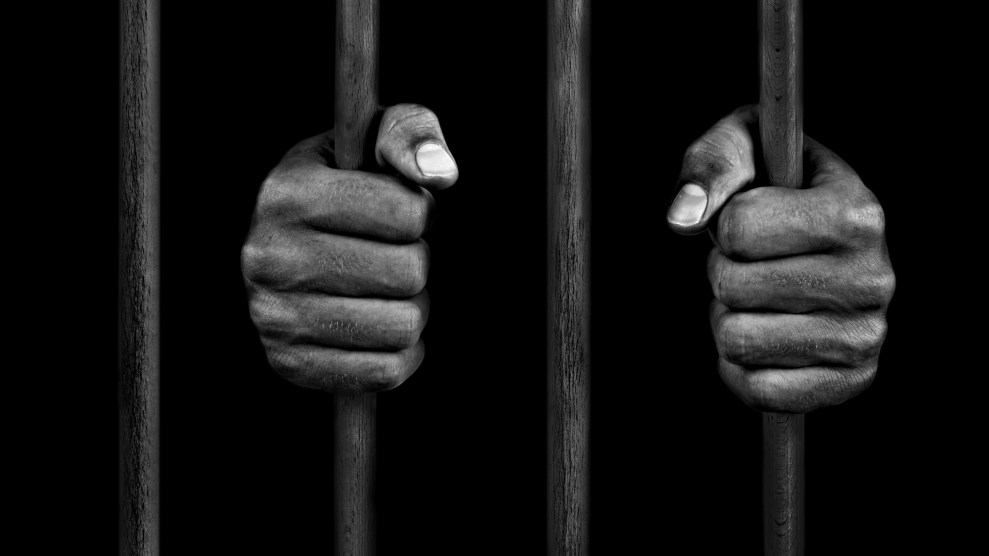 After Emily Gerrick became a lawyer in 2014 in Austin, Texas, one of her first clients was a mother who was jailed for 21 days because she couldn’t afford to pay her traffic tickets. “She was just beside herself because she didn’t know where her kids were,” she recalled. Gerrick, now a senior attorney at the Texas Fair Defense Project, said cases like this are common. People are arrested and jailed when they can’t afford small fines, even though Texas passed a law that tried to curb the practice two years ago. “We have had clients who are jailed for days, weeks, even months, just because they can’t afford to pay their traffic tickets—and it completely destroys their lives.”

This isn’t a problem specific to Texas. A 2015 Department of Justice report found that police in Ferguson, Missouri, had been using fines and fees to shore up the city budget for several years, effectively criminalizing being too poor to pay a ticket. Ferguson officials expected fines and fees to account for about 40 percent of the city’s annual revenue and would communicate that expectation to the police, and then issue warrants as a “tool for collecting.” Much of the revenue came from traffic citations, 90 percent of which were issued to African Americans, though the city’s population is only 67 percent black. For Texas officials, the Ferguson data seemed all too familiar. Researchers have noted, using data from 2011 to 2014, that white people in Texas “generally enjoy a 4 to 8 percent increased likelihood…of a warning after a traffic stop, rather than a citation” compared with their black peers. “We just let the status quo go too long,” Texas Supreme Chief Justice Nathan Hecht said. “Ferguson, Missouri, kind of opened everyone’s eyes.”

In 2017, the Texas Legislature passed a law that aimed to shift the penalty for being unable to pay out class C misdemeanors from jail time to alternatives like community service. It encouraged judges to consider longer-term payment plans instead of jail, and clarified that judges have the power to waive fines altogether. Before, “judges weren’t sure they had the legal authority to waive fines and they weren’t very adept at doing it,” Hecht said. Class C misdemeanors are not in and of themselves jailable offenses—about 70 percent of those issued in Texas in 2018 were traffic-related, and the classification also includes petty crimes like a minor’s attempt to buy tobacco or theft of property worth less than $20. But not paying the fines or missing a related court appearance can result in short-term incarceration. State Sen. Judith Zaffirini, who introduced the bill, says the cycle “effectively created [a] modern debtors’ prisons.”

But the law doesn’t require judges to rely less on jail sentences.

Though the law has led to an increase in waived fines and community service, an alarming number of Texans are still serving jail time for traffic tickets. According to state data, nearly 1.5 million arrest warrants were issued based on unresolved class C misdemeanors in 2018; more than 500,000 people used jail time to settle the debt, which amounts to more than 75 percent of cases.

The data is imperfect. If someone is arrested for a more serious offense, time served for that offense would count toward any outstanding misdemeanors, which could have inflated the numbers, said Mary Schmid Mergler, director of the Criminal Justice Project at Texas Appleseed, a nonprofit advocacy group. Still, there are “a huge number of warrants issued,” she said, and there remain thousands of people sitting out unpaid traffic tickets in jail.

Texas has a poverty rate near 15 percent. It’s the 14th poorest state in the country, yet less than 15 percent of cases received community service sentences last year. Mergler said “there continue to be a handful of courts where the message doesn’t seem to have gotten through” even after the law was enacted. “A couple of judges told people flat out: ‘Community service is not available in my court,'” she said.

Therein lies the biggest complication: The state’s judicial network is vast, and the system trusts judges to have discretion with little to no oversight. “Each jurisdiction in Texas—and there are so many jurisdictions in Texas—they all have so many different practices,” Gerrick said. “These are perfectly legal ways for the courts to be operating, even if they don’t make a lot of logical sense.” Texas has nearly 2,000 courts where these cases are adjudicated. Each judge decides whether to jail someone for an unpaid fine—some because the defendant asked to go to jail rather than paying, but other judges simply believe jail is an appropriate sentence in some cases. “We have [some] 2,100 judges who do these cases in Texas,” Hecht said. “We have about 5.5 million class C misdemeanors [each year]. That’s just a lot.”

The 2017 law doesn’t do much beyond suggest that judges should consider alternatives to jail time. This is partly by design, to preserve all options under judicial discretion. Earlier versions were more rigid, setting a hard cap on the number of days someone could sit out a class C misdemeanor in jail. “Well, we pushed back a little bit,” said Judge David Cobos of Midland, Texas, who, as a representative of the Justices of the Peace and Constables Association, lobbied to broaden the law. “Because at the end, you have to have an enforcement tool.”

Cobos, who has been on the bench for 23 years, is vehemently against using jail as a punishment for poverty—he calls it a “last resort.” He remembers a case in which a woman was fined $300 for not having insurance. Instead of making her pay the fine, he required her to use the money to buy insurance.

“If I’d have taken $300 up front, she’d have been behind the whole year,” he said. “I used judicial discretion.”

But he doesn’t think that decision can apply to every situation. “There are some times that there’s nothing we can do,” he said. If a defendant shows up repeatedly in his court for failing to pay, and they’ve been given multiple chances, he believes he should “still have the ability to incarcerate them for a short period of time.” Removing jail as an option would mean “trying to legislate out personal responsibility.”

It’s unlikely that Texas will pass a policy that limits judicial discretion and do away with jail time as a consequence for unpaid fines. A new bill working its way through the Legislature does propose pressuring judges to think beyond jail when sentencing misdemeanor cases. Still, if passed, it would only clarify that people shouldn’t be arrested on outstanding warrants when they pay their fines at the courthouse. There is no effort underway to track or punish judges who aren’t considering alternative sentencing, as the law requires, before resorting to jail.

“I think legislation is a very important step,” Gerrick said. “It still needs to be enforced.”