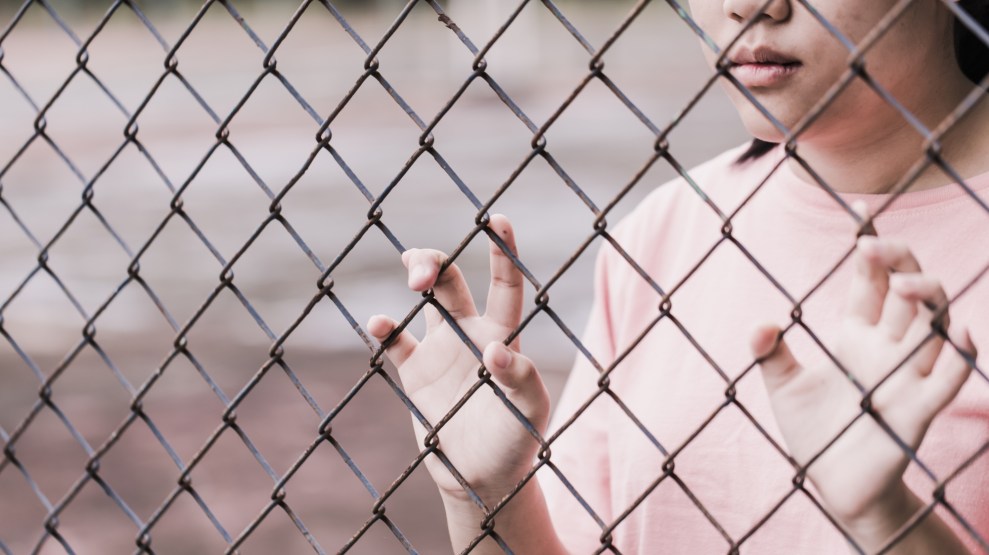 Cyntoia Brown became a household name earlier this year when the sex trafficking survivor, who was sentenced to life in 2006 for killing a man soliciting her for sex when she was 16, was granted clemency by then-Tennessee Gov. Bill Haslam. Brown’s case had become a cause célèbre for activists and celebrities like Kim Kardashian West and Rihanna, and brought national attention to the criminalization of young sex trafficking victims.

Now, lawmakers in Congress and three states are hoping to translate that momentum into legislation that would overhaul how courts treat juvenile sex trafficking victims tried as adults for committing crimes against their abusers.

The bills in Nevada, Arkansas, Hawaii, and Congress, which are based on model legislation and use similar language, would do away with mandatory minimum sentencing requirements for child sex trafficking victims who perpetrate crimes against their abusers. Currently, state and federal laws don’t give special consideration to such cases, meaning juvenile victims who commit the most serious crimes, like murder, are often tried in adult court with the possibility of decades behind bars. The federal legislation, introduced by Republican Rep. Bruce Westerman of Arkansas in March, is part of a package of bills that seek to reform the juvenile justice system. The other two bills in the package would also ban life without parole for minors and limit the use of mandatory minimums for all juvenile offenders, not just victims of sex trafficking.

The legislation “recognizes that girls and boys trapped in sex trafficking may resort to violence to escape,” Westerman said in a statement announcing the federal bill. “The goal of the justice system should be to reform and rehabilitate young people that have committed crimes, not to lock them up and throw away the key.”

A growing body of research has shown that the trauma that arises from being sex trafficked can affect decision-making, especially in young people. This impulsivity, plus the desire to escape their situation, can push these young people to act without considering the legal consequences. Historically, though, that trauma has not been well understood and hasn’t been taken into account when deciding the cases of victims who commit crimes. When Brown was sentenced to life, the trauma she had endured as a victim of sex trafficking was not considered a mitigating factor for her behavior. And almost a decade later, it remains an unsuccessful defense; in 2015, an Ohio woman was sentenced to life for her involvement in the murder of a man who was pimping her.

“We want to make sure that every single state is equipped to handle” the cases of sex trafficking victims who commit crimes, said James Dold, the founder of Human Rights for Kids, a human rights nonprofit that helped draft the model legislation. “It shouldn’t take an act of the governor, an act of mercy, 20, 25, 30 years after the fact to bring justice to these young girls and boys.”

That was exactly the case for Sara Kruzan, a California woman who murdered her pimp, an older man who had forced her into prostitution when she was 13. Kruzan was 16 when she killed him, and was sentenced to life without parole in 1995. After having her sentence commuted in 2011, she was paroled in 2013 after serving 19 years. The bills are nicknamed “Sara’s Law” after Kruzan, who worked with Human Rights for Kids to draft the legislation language.

Dold said that to his knowledge, this is the first time legislation has been introduced at either the federal or state level that focuses specifically on defendants who have been victims of juvenile sex trafficking. He’s hopeful that the recent public attention on Cyntoia Brown will spur lawmakers to pass the bills. So far, Nevada’s legislation appears most likely to succeed this session; it passed in the Assembly last month and is expected to pass in the Senate before early June, when the Legislature adjourns. The Arkansas bill was in committee when the session ended last month. Hawaii’s legislative session ended before the bill could be pushed through, but its sponsor, state Rep. John Mizuno, said he is confident it will get passed in the 2020 session. The federal legislation is still stalled in committee.

Nevada state Rep. John Hambrick, a Republican who introduced the legislation in the state, has made human trafficking and juvenile justice centerpiece issues of his tenure in the Nevada Assembly. Most notably, he sponsored a 2015 law that ended life without the possibility of parole for juvenile offenders in the state.

“I think a lot of people hear Sara’s case or Cyntoia’s case and they think to themselves, ‘How on Earth did this happen?'” Dold told Mother Jones. “I think [Hambrick’s] introduction of this bill at this time is a really critical moment. His bill is really going to force that conversation to the forefront.”