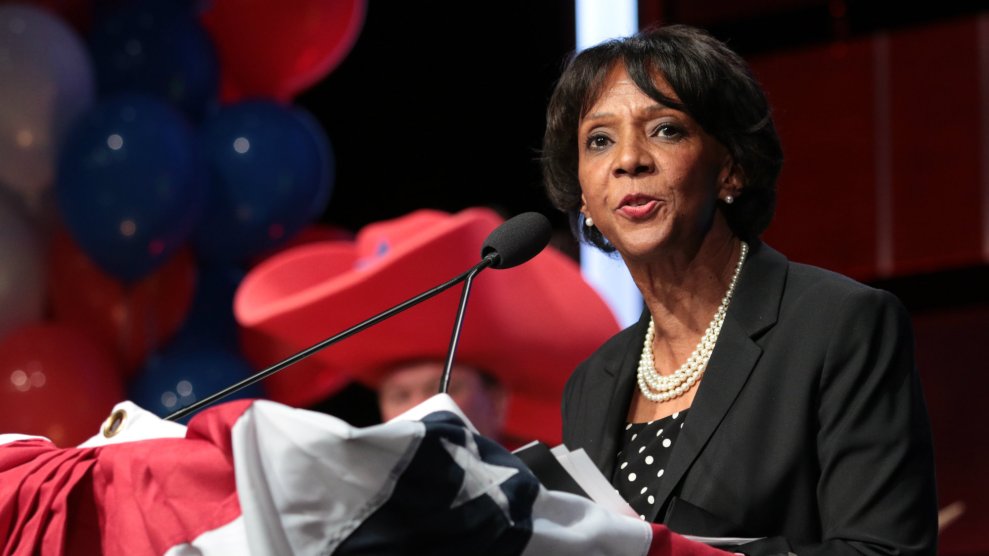 In Los Angeles County, only people of color have been sentenced to death in the last seven years. In a new report titled “The California Death Penalty Is Discriminatory, Unfair, and Officially Suspended: So Why Does Los Angeles District Attorney Jackie Lacey Still Seek to Use It?” the American Civil Liberties Union details how Lacey, the black Democratic district attorney who has the power to pursue death sentences, is the force behind the numbers.

“LA is one of the largest drivers of death sentences nationwide,” said Cassandra Stubbs, director of the Capital Punishment Project at the ACLU. Los Angeles County is overwhelmingly Democratic and home to more than 10 million people. Since Jackie Lacey was sworn in, in December 2012, 22 people have been sentenced to death. By comparison, Harris County, Texas, which was once regarded as the death penalty capital of the United States, has handed down just six death sentences since 2013.

“Abysmal defense lawyering, geographic disparities, and racial bias are the legacy of [LA County’s] unfair and discriminatory use of the death penalty,” Stubbs said. Capital punishment has historically been marked by racial discrimination, and that has been true no matter where it is still practiced. In 2016, the NAACP Legal Defense Fund found that although black people make up 13 percent of the population, they make up 42 percent of the death row population overall. Within this context, what has happened in LA is noteworthy. Of the 22 people sentenced to death during Lacey’s tenure, 13 identify as Latino, eight are black, and one is Asian.

One reason for the disparity overall is that death sentences are frequently handed down to defendants who lack the resources needed for a good defense lawyer, so they must rely on often-inadequate court-appointed counsel. According to the report, of the 22 people sentenced to death since 2012 in LA, eight were represented by lawyers who either already had serious misconduct charges or would go on to have them. One of the defendants even represented himself at trial and offered no exculpatory evidence during the guilt phase, basically guaranteeing that he’d be sentenced to death.

Lacey’s penchant for seeking death sentences comes at a time when California is at a crossroads in its relationship with the death penalty. In March, Democratic Gov. Gavin Newsom announced a moratorium on capital punishment in the state, effectively granting a temporary reprieve for California’s 737 death row inmates. “I do not believe that a civilized society can claim to be a leader in the world as long as its government continues to sanction the premeditated and discriminatory execution of its people,” he said. Nonetheless, Californians remain divided on the matter, with recent polling showing that 61 percent of residents support continuing the death penalty, even as its popularity wanes nationwide.

But in Lacey’s LA County district, voters prefer life sentences over death, according to an April 2019 Quinnipiac University poll, which found only 34 percent in favor death sentences, with 56 percent opposed. “Lacey’s office continues to seek the death penalty in the face of unmistakable evidence that the practice disproportionately affects black and brown people and people without access to quality counsel,” said Jessica Farris, the director of criminal justice at the ACLU Southern California said. “The discriminatory and unfair death penalty has no place in a just California.”