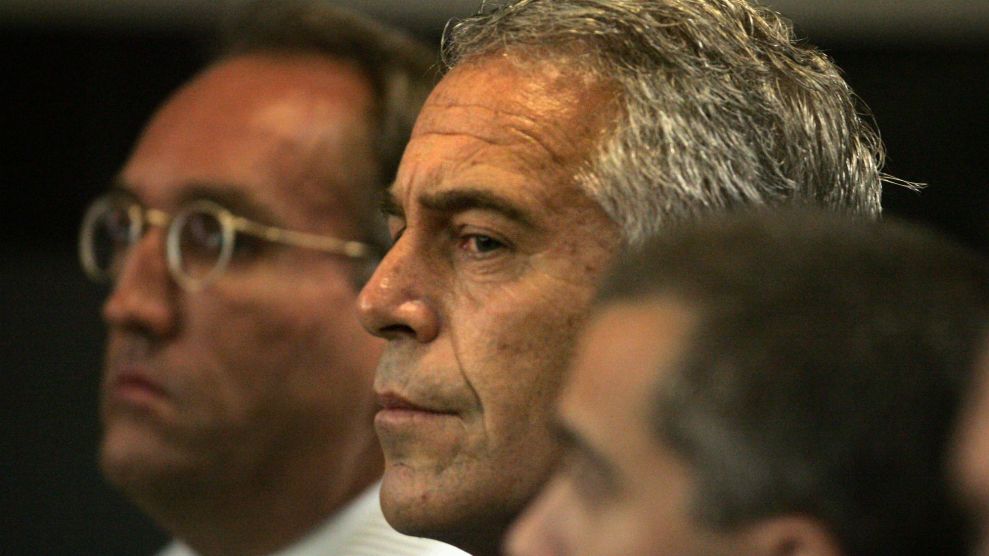 In the weeks since Jeffrey Epstein’s arrest and subsequent death in a New York City jail, we’ve learned a lot about the willingness of some of America’s most elite institutions—and the people who run them—to pal around with a convicted sex offender so long as the checks kept clearing. One prominent beneficiary of the financier’s largesse was the MIT Media Lab. The research center not only continued taking Epstein’s money after his 2008 conviction for solicitation of prostitution and procurement of minors for prostitution but, per new reporting from Ronan Farrow in the New Yorker, made a deliberate effort to hide the relationship, even from the lab’s own staff.

Although the source and extent of his wealth was always shrouded in mystery, Epstein was well known in philanthropic circles before his 2008 guilty plea as an avid philanthropic supporter of academia, in particular advanced scientific research. He courted prominent scientists, wooing them with flights on his jet and showering them with cash, even as rumors spread of his interest in underage girls. After his stint in jail, he quietly returned to philanthropy. In the wake of Epstein’s arrest this past summer, MIT publicly acknowledged accepting $800,000 over the course of 20 years from Epstein’s foundation, and just last week the MIT Media Lab’s director, Joi Ito, a well-respected media intellectual who sits on the board of the New York Times, admitted to taking $1.2 million from Epstein for investment funds he controlled separately, as well as $525,000 to support the lab. [Update: Ito has resigned from the Media Lab.]

Those two revelations were explosive enough, leading to the resignation of two top researchers at the lab, who criticized Ito’s willingness to take the money—including accepting donations years after Epstein’s conviction. But Farrow’s reporting found that the connection to Epstein went much deeper. Development staffers at the lab were well aware of Epstein’s history and took steps to limit any mention of his name in internal reports and on Ito’s work calendar. Some took to referring to Epstein as Voldemort, or “he who must not be named,” Farrow writes.

In September, 2014, Ito wrote to Epstein soliciting a cash infusion to fund a certain researcher, asking, “Could you re-up/top-off with another $100K so we can extend his contract another year?” Epstein replied, “yes.” Forwarding the response to a member of his staff, Ito wrote, “Make sure this gets accounted for as anonymous.” Peter Cohen, the M.I.T. Media Lab’s Director of Development and Strategy at the time, reiterated, “Jeffrey money, needs to be anonymous. Thanks.”

After one of the lab’s top researchers, Ethan Zuckerman, raised concerns with Ito in 2013 about his relationship with Epstein, Farrow reports, the development staff sought to keep Epstein out of Zuckerman’s sight when the financier came for a visit. Epstein did bring two young women with him, causing particular consternation among the staff, as Signe Swenson, a former development associate and alumni coordinator at the lab, tells Farrow.

On the day of the visit, Swenson’s distress deepened at the sight of the young women. “They were models. Eastern European, definitely,” she told me. Among the lab’s staff, she said, “all of us women made it a point to be super nice to them. We literally had a conversation about how, on the off chance that they’re not there by choice, we could maybe help them.”

Swenson resigned in 2016 partly because of “her discomfort about the lab’s work with Epstein,” according to Farrow. Zuckerman resigned in August.

The New Yorker story also contends that MIT pursued Epstein not just for his own money, but for his help in wheedling money out of other wealthy individuals. Internal MIT documents allegedly credit Epstein with helping steer a $2 million donation from Bill Gates and a $5.5 million donation from investor Leon Black. A spokesperson for Gates told the New Yorker that “any claim that Epstein directed any programmatic or personal grantmaking for Bill Gates is completely false.” Black declined to comment to Farrow.