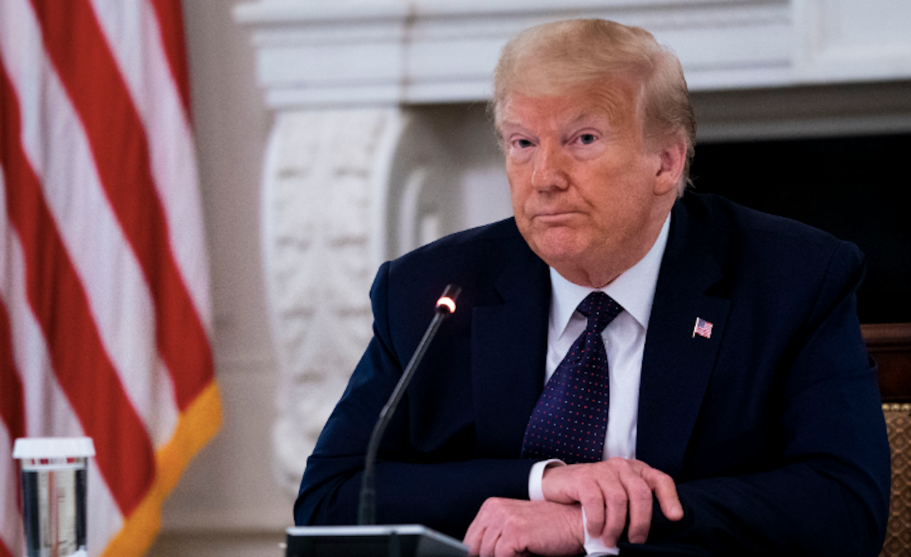 Even by the ever-sinking standards of President Trump’s fondness for right-wing conspiracy theories, his latest is something to behold.

On Tuesday, Trump accused the elderly protester who was violently shoved to the ground by Buffalo police last Thursday of staging the incident as an operation for Antifa. The incredible accusation—entirely baseless—defies the reality captured in a widely seen video that has since led to the firing of the two officers who pushed 75-year-old Martin Gugino, causing him to bleed from the head, during a protest against police brutality outside Buffalo’s City Hall.

Trump’s effort to smear Gugino, and by extension defend the two officers now charged with felony assault, follows the Buffalo Police Department’s initial claim that Gugino “tripped and fell.” The president’s tweet came just hours before George Floyd is to be laid to rest in his hometown of Houston, Texas.

Buffalo protester shoved by Police could be an ANTIFA provocateur. 75 year old Martin Gugino was pushed away after appearing to scan police communications in order to black out the equipment. @OANN I watched, he fell harder than was pushed. Was aiming scanner. Could be a set up?

Trump’s outburst appears to echo a segment from the far-right news network One America News, which floated the conspiracy theory that Gugino had been attempting to “scan” police communications during the protest. “I watched,” Trump wrote, “he fell harder than was pushed.”

The reporter in the OAN segment, as Media Matters’ Matt Gertz noted, is Kristian Rouz—a Russian national who also writes for the Kremlin-owned news outlet Sputnik. The Daily Beast has more on Rouz:

Kremlin propaganda sometimes sneaks into Rouz’s segments on unrelated matters, dropped in as offhand background information. A segment on the Syrian rescue workers known as the White Helmets references “allegations of the White Helmets’ involvement in military activities, executions, and numerous war atrocities,” but doesn’t disclose that those “allegations” were hoaxes that originated with Vladimir Putin and his proxies. […]

Rouz joined OAN at a time when his Russian employer was coming under heightened scrutiny over its role in Putin’s election interference, and its efforts to expand its American influence.

Here's the first half of the batshit OANN segment Trump just tweeted. It alleges the 75 year old man assaulted by Buffalo police officers was an antifa operative, based on a report from Conservative Treehouse. pic.twitter.com/CeMVyJcoh8

As of Monday, Gugino remains hospitalized in “serious but stable condition.”