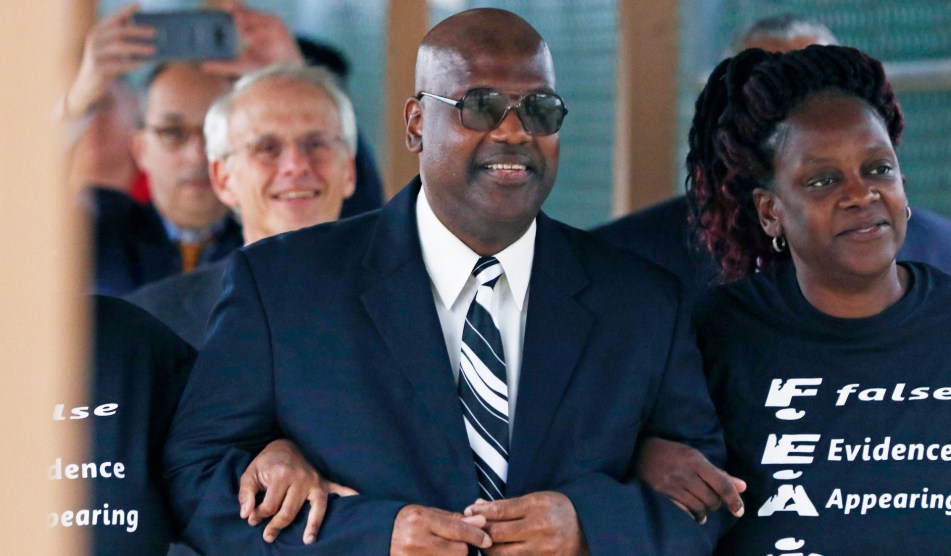 Curtis Flowers, a Black man from Mississippi who has been tried for the same crime a stunning six times, is now officially a free man.

Flowers’ case came to national attention when his saga was featured in the second season of In the Dark, an investigative podcast that unraveled the racial underpinnings of the criminal justice system. Flowers was tried and convicted six times on murder charges by mostly white juries and was sentenced to death in 2010 even as he insisted he was innocent. It all started in 1996, in the small city of Winowna, Mississippi, when four people were found gunned down in a furniture store. Flowers, who worked at the store, was identified by an overzealous prosecutor named Doug Evans. The ensuing six trials became one of the clearest examples of racially discriminatory jury selection; across Flowers’ six trials, 61 of the 72 jurors who decided his fate were white.

When the case reached the US Supreme Court in 2019, my colleague Samantha Michaels reported:

On Wednesday, as Flowers’ case went before the Supreme Court, his attorneys argued that racial bias played a role in the jury selection and unfairly led to his conviction. It had happened to Flowers before: Of the five trials before 2010, two were thrown out after lower courts determined that the prosecutor removed certain people from the jury pool simply because they were Black, violating a 1986 Supreme Court ruling called Batson v. Kentucky that says it’s unconstitutional to strike potential jurors on account of their race…

But as critics point out, it’s fairly easy to come up with another justification, even when race is the motivating factor. Courts have found it acceptable to exclude potential jurors because they had bad posture, lived in a dangerous neighborhood, or had a beard. In Flowers’ sixth trial, District Attorney Doug Evans reasoned he was striking some of the Black potential jurors because they knew the Flowers family, even though some white jurors had connections to the family as well. In North Carolina, a major study last year found that prosecutors in the state removed African American jurors at about twice the rate that they removed white jurors, a pattern that likely holds up in other states.

The Supreme Court ruled that Evans had unconstitutionally kept Black people from serving on the jury. Meanwhile, Flowers was released from prison on bail. In January, Evans recused himself from the case, and the Mississippi attorney general’s office took over. In a memo released on Friday, that office said, “it is in the interest of justice that the State will not seek an unprecedented seventh trial of Mr. Flowers.” Flowers entered prison when he was 26 years old and is now 50.

“Today, I am finally free from the injustice that left me locked in a box for 23 years,” Flowers said in a statement, according to the New York Times.

It's over. All charges against Curtis Flowers have been dropped.

The Mississippi man endured nearly 23 years behind bars, six trials, four death sentences and, most recently, months of house arrest for murders he always maintained that he didn't commit. https://t.co/qAMqu5ER3a

“I’ve been asked if I ever thought this day would come,” he continued. “With a family that never gave up on me and with them by my side, I knew it would.”

If you haven’t already, check out the podcast In the Dark for more on the story.