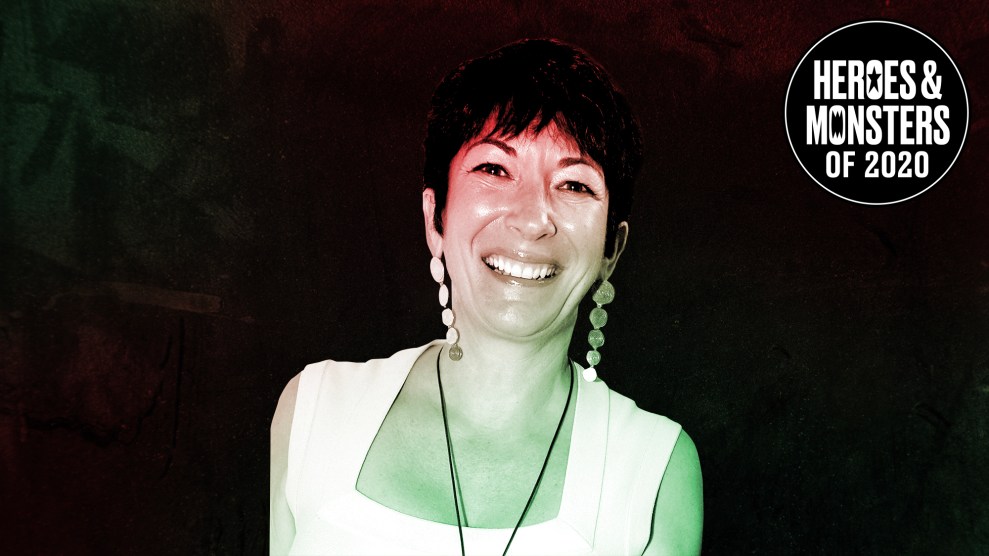 Ghislaine Maxwell is the worst type of woman. Lucky to be born into wealth and pomp and unable to do without either, she became a friend to Jeffrey Epstein and a traitor to her gender, loyal to the patriarchy until the end.

Maxwell was Epstein’s girlfriend for a time, and then—allegedly—a procurer of young girls for him. Currently awaiting trial on sex trafficking charges after her arrest in July, she maintains her innocence. “She needed to be essential for him,” a longtime Epstein friend told Mother Jones’ Leland Nally recently. Recruiting girls “is how she kept her place. She had value for him….She ran his house.”

Keeping her place was her life’s work. Maxwell catered to the needs of the men around her. First there was her father, media baron Robert Maxwell, by all accounts a bullying patriarch whose favor Ghislaine sought and won. And then, after his death, there was Epstein. Maxwell was fine helping him hurt other women, literal children, as long as it kept him grotesquely satisfied and kept her in “the lifestyle she’d lost when her father died,” as Vanity Fair put it. According to two of Epstein’s accusers, she not only enabled but participated in the sexual abuse. She knew what it felt like to be manipulated and exploited, and despite this knowledge she decided the harm was worth inflicting on others in turn.

Maxwell is a sinister caricature of the complicit white woman—a familiar type in America. Wherever there are overlapping systems of power, there is the figure of the subordinate who subordinates—the plantation mistresses using violence to control their slaves, the racists falsely accusing Black men of rape. The 47 percent plurality of white women who voted for Donald Trump in 2016 are another version. They are here, all around, and not trying even a little bit to change.

The complicit white woman has accurately assessed that white men have the power in this world, and that a woman’s chance for survival often depends on how well she serves their ends—the awful truth, as the consciousness-raising feminists of another age would’ve put it. That was Maxwell. She understood her position as a rich white woman, and she understood the power that came with it if one played the game. She embraced the awful truth and never looked back.