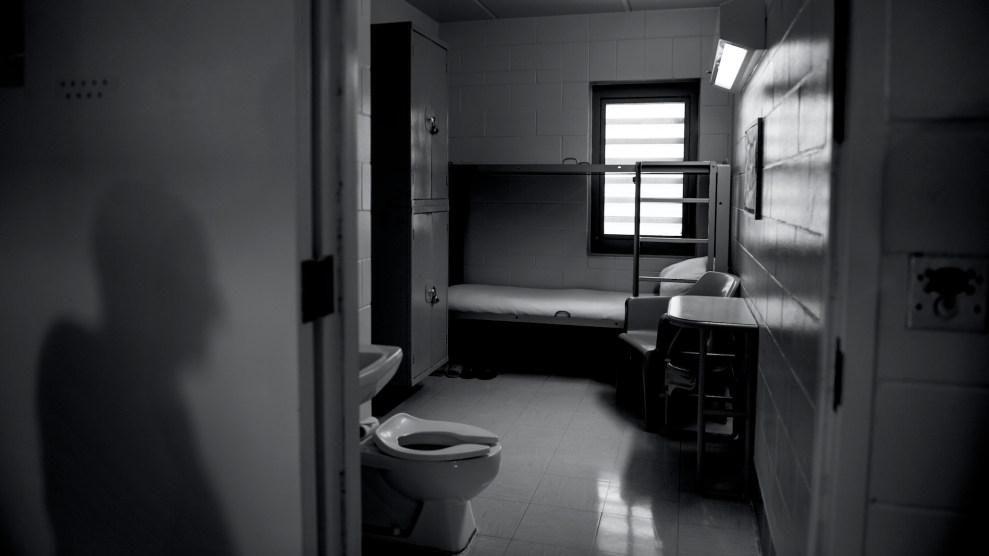 On his way out the door of the White House, President Donald Trump issued leases for Arctic oil drilling, attacked civil rights protections, and commuted the sentences of his former cronies. Less noticed was a last-minute move by his administration that could force thousands of people who were released early from federal prison due to the pandemic to go back behind bars when the emergency is over.

Before the pandemic, the Bureau of Prisons typically released prisoners with 6 months or 10 percent of their sentences remaining to home confinement, placing them with their families or in halfway houses. The CARES Act, passed last March, allowed the BOP to expand the group of people eligible for home confinement. The idea was to protect older or medically vulnerable prisoners considered to be a low risk to the public, while making more space for social distancing inside prisons.

Over the next 11 months, more than 21,300 federal prisoners were released to home confinement, at least 7,200 more than would have normally been eligible. “All of them left with the idea that they were staying home,” says Kevin Ring, president of Families Against Mandatory Minimums. “It wasn’t like the prison was saying, ‘We’ll see you back here in six months or nine months.’ No one thought that.”

But an opinion published by the Justice Department’s Office of Legal Counsel five days before Trump left office says that once the COVID-19 emergency period ends, or once the attorney general finds it is no longer affecting the federal prison system, the BOP will be “required to recall” released prisoners who have not yet reached the 6 month or 10 percent threshold of time remaining on their sentences. Despite the ongoing pandemic, “BOP must plan for an eventuality where it might need to return a significant number of prisoners to correctional facilities,” deputy assistant attorney general Jennifer Mascott wrote in the opinion.

“It was shocking to have them do that on their way out the door quietly,” Ring says. “The ramifications would be enormous—not just for the families of the people, of course, but also the bureau, and the probation office, having to figure out the logistics of sending people back. It just didn’t make sense.”

Advocates say it’s currently unclear how many people serving out their sentences at home could be sent back to prison if the Biden administration does not rescind or replace the opinion before the pandemic emergency is declared over. Currently, more than 7,700 federal prisoners are under home confinement, and releases are continuing.

“Given the new administration’s vocal commitment to racial justice and criminal justice, this is just a really easy thing for them to do right away,” says Inimai Chettiar, federal director for the Justice Action Network, who has been lobbying the Biden administration to revoke the DOJ opinion. “If people are already out on home confinement, and they’re home with their families, and they’re not committing new crimes, and they’re following all of the protocols of being on home confinement, then it does seem cruel and unnecessary and unreasonable to force the BOP to bring them back to prison.”

It is not clear is what it would take to force thousands of people back to prison after the threat from COVID has abated. “The Bureau of Prisons is in receipt of the Office of Legal Counsel’s opinion and we are currently reviewing it,” BOP acting public affairs chief Justin Long said in a statement. “We have no additional information to provide at this time.” The White House did not respond to a request for comment.

The threat of being returned to prison after COVID doesn’t just apply to federal prisoners on home confinement. According to Insha Rahman, the vice president of advocacy and partnerships at the Vera Institute of Justice, some states, including Illinois, have used temporary furloughs to decrease prison and jail populations during the pandemic. “There’s a concurrent push at the state level to make sure that these provisions and fixes are in place, so that once the pandemic ends and executive authority is lifted in terms of the emergency measures, we’re not suddenly seeing our jails and prisons fill right back up,” Rahman says.

The pandemic, of course, is still far from over; more than 2,100 federal prisoners currently have COVID, as do 1,745 BOP employees. “I don’t think anyone’s going to say that the emergency is over at the Bureau anytime soon,” Ring says. “But it’s easy for me to say.” Families of released prisoners, he adds, are nervous. Ring recently heard from a man who was able to spend the last few months with his children because he had been released to home confinement. He was worried about the effect on his kids if he was forced to go back. “People in prison are used to being disappointed by lots of things,” Ring says. “The idea that politicians couldn’t fix this would not surprise them.”