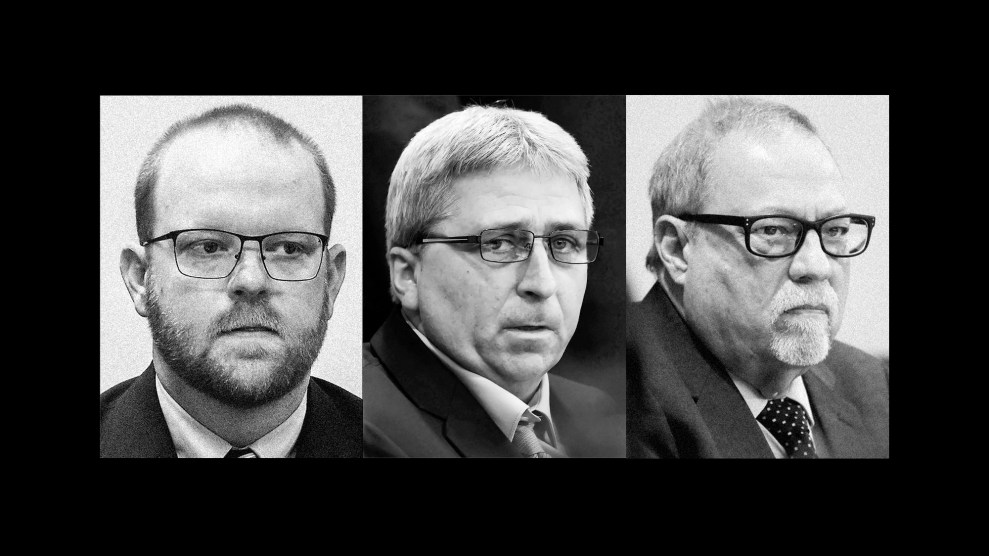 In justifying his decision, Georgia Judge Timothy Walmsley called the video of the killing “a chilling, truly disturbing scene” and said that he was particularly shocked by the way the McMichaels turned their backs to Arbery’s body.

“We are all accountable for our own actions,” he said. “In assuming the worst in others, we show our worst character.”

However, Walmsley said that Bryan stood “in very different shoes” because his conduct after the shooting showed that he had “grave concerns” that the murder should not have occurred.

In late November 2021, a Georgia Jury convicted the three men for murdering Arbery, a 25-year-old Black man, while he was out on a jog in the suburban town of Satilla Shores. Arbery’s murder triggered outrage from the public and was one of multiple killings of Black Americans that set off widespread protests for racial justice throughout the summer of 2020.

All three men faced a minimum sentence of life in prison under Georgia law, leaving Walmsley to decide whether they would be eligible for parole after serving 30 years.

Arbery’s mother, Wanda Cooper-Jones, asked for the maximum sentence for all three men. “These men have chosen to lie and attack my son and his surviving family. They each have no remorse and do not deserve any leniency,” she said in her victim impact statement.

Marcus Arbery, the victim’s father, also asked that the men spend the rest of their lives behind bars.

“You know something that just does not sit right with me at this time? The man who killed my son has sat in this courtroom every single day next to his father. I’ll never get that chance to sit next to my son ever again—not at the dinner table, not at the holidays, and not at a wedding,” he told the court. He later added: “When I close my eyes, I see his execution in my mind over and over. I’ll see that for the rest of my life.”

Bob Rubin, the defense attorney for Travis McMichael, repeatedly invoked the concept of redemption, arguing that a sentence that held out hope for parole would allow his client “to work, to grow.” He also cited McMichael’s service in the Coast Guard and his young son.

“The urge to seek vengeance is strong and understandable in [Arbery’s] family,” Rubin said. “Lord knows, if I was in their position, I would be seeking the same thing. But vengeance is not the foundation of our sentencing in our criminal justice system. Redemption is.”

The sentencing of the three men isn’t the end of what has now become a sprawling legal case. Defense attorneys have indicated that they will appeal the murder convictions, and in February, Bryan and the McMichaels will also face federal hate crimes charges that will foreground questions of race that were generally left unaddressed in the state murder trial. In addition, Jackie Johnson, the prosecutor originally assigned to the state case, faces criminal charges on allegations that she showed “favor and affection” to Gregory McMichael, who had previously worked in the Brunswick district attorney’s office. Her case has yet to go to trial.