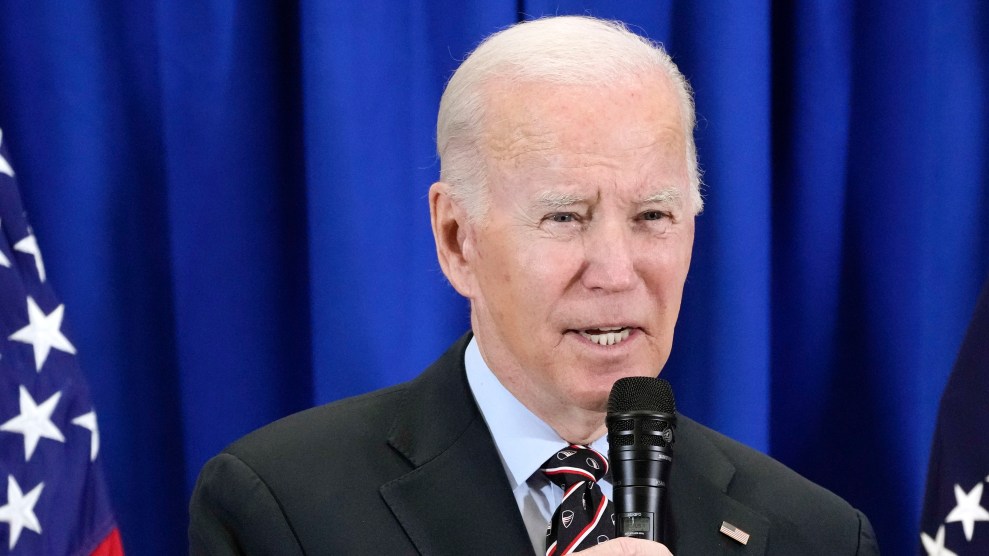 In 1986, Sen. Joe Biden drafted a crime bill that made punishments for possessing crack cocaine monumentally more severe than punishments for possessing powder cocaine, another form of the drug that was chemically the same but had been stereotypically associated with rich white people. This sentencing disparity—the subject of much debate in recent yearscontributed to soaring and disproportionate incarceration for Black Americans. Now, decades later, Biden’s presidential administration is finally moving to end this injustice.

On Friday, US Attorney General Merrick Garland announced that federal prosecutors will start seeking the same charges and punishments for people caught with both forms of the drug. “The crack/powder disparity in sentencing has no basis in science, furthers no law enforcement purposes and drives unwarranted racial disparities in our criminal justice system,” the Justice Department said in a statement, echoing testimony that Garland gave to Congress.

Advocates of criminal justice reform applauded the move. “This was not only a major prosecutorial and sentencing decision—it is a major civil rights decision,” the Rev. Al Sharpton, a Black civil rights leader who led marches in the 1990s against racist drug laws, said in a statement. He noted the ripple effects that the war on crack had in communities of color: “The racial disparities of this policy have ruined homes and futures for over a generation.”

It’s a change of historic proportions with regard to Biden’s 1986 crime bill, which created a 100-to-1 disparity between the amount of crack and powder needed to trigger long mandatory minimum prison sentences. The law passed not long after an NBA draft player died from a cocaine-induced heart attack. Proponents of the disparity have argued that crack dealers should face stiffer penalties because crack produces more intense highs and is more addictive in smaller quantities.

Over the years, critics of the law pointed out that it overwhelmingly targeted Black communities—despite studies showing that historically, most crack users were white or Hispanic. Yet, the vast majority of those convicted for crack offenses were Black.

In 2010, Congress attempted to address this racist policy by shrinking the sentencing gap without fully closing it, creating an 18-to-1 disparity between crack and powder; lawmakers made the change retroactive in 2018 as part of the First Step Act, allowing people who were already serving time in federal prisons to shorten their sentences.

The sentencing policy that Garland announced this week is only temporary. To make it permanent, Congress would need to take action, and that could be a tall order: The Equal Act, which would completely eliminate the sentencing disparity for crack and powder, passed the House with bipartisan support last year, but it has since stalled in the Senate. Republicans who have supported other criminal justice reforms in the past, such as Republican Sen. Chuck Grassley of Iowa, are pushing instead for a 2.5-to-1 disparity.

Getting a bill through Congress would also be crucial for another reason: Garland’s policy only applies to new cases and won’t affect as many people as it might have a decade or two ago, given that federal prosecutions of cocaine have fallen dramatically in recent years. Lawmakers are the only ones who can make the sentencing changes retroactive, potentially offering a lifeline to the many people who are already stuck behind bars due to the unjust policies of the past.