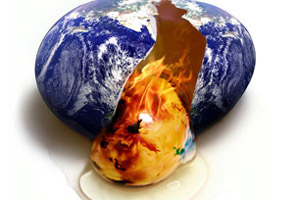 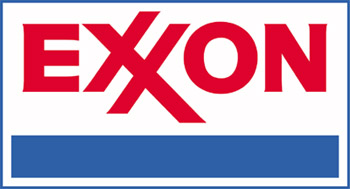 ExxonMobil, the Michael Jordan of climate change denial, was supposed to have quit the game. In 2005, Mother Jones reported that the oil company had pumped $8 million into more than 40 think tanks, media outlets, and consumer groups that questioned the existence of climate change. In 2007, new CEO Rex Tillerson announced that the company would try to “soften” its dirty image. A few months later, it pledged to stop funding groups “whose position on climate change could divert attention” from the need for clean energy.

Yet corporate records released earlier this year show that the world’s largest petroleum company hasn’t cut off the cash altogether. In 2008, it gave at least $50,000 to the Heritage Foundation, which recently published a report claiming that the Waxman-Markey climate bill will kill millions of jobs, boost electricity prices 90 percent, and cost a typical family $4,600 per year in taxes and extra energy costs by 2035. Sarah Palin posted a segment of the report on her Facebook page. (In reality, the Congressional Budget Office has found that the bill would cost the average household $175 a year by 2020; the EPA pegs its cost at no more than $140 per household per year.)

In 2008, ExxonMobil also gave more than $100,000 to the Atlas Economic Research Foundation, which supports overseas groups that often oppose action on global warming. Atlas’ websites in 14 countries translate and syndicate stories and videos such as a recent interview about “Climategate” with the Cato Institute’s resident global warming skeptic, Patrick Michaels. In addition, it has supported more than 200 libertarian think tanks in countries including Spain, China, and Ghana. In the lead-up to Copenhagen, more than 76 think tanks in 48 countries signed its petition against “Green Protectionism,” creating the impression of a global grassroots movement opposed to action on climate change. Since 1998, ExxonMobil and its foundations have given Atlas nearly $1 million.

Meanwhile, Exxon is basking in the glow of its supposed change of heart. In August, Forbes (whose publisher, Steve Forbes, sits on the board of the FreedomWorks Foundation) hailed Tillerson for not being “as gruff and forceful as his predecessor Lee R. Raymond in dismissing global warming alarmists.” For that, and the company’s efforts to pump more natural gas, the magazine named ExxonMobil “Green Company of the Year.”

Click here for the next member of the dirty dozen.