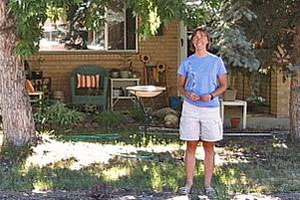 Fannie Mae and Freddie Mac have shut down most of the nation’s programs using Property Assessed Clean Energy (PACE), an innovative tool that helps Americans finance green improvements to their homes. Here’s a homeowner’s perspective on the story: 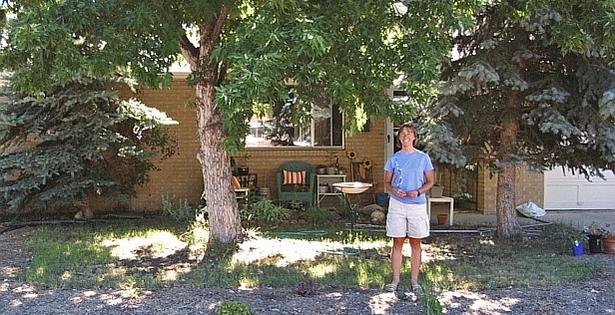 Thomason and her Boulder County home.

Kayla Thomason spent last winter wondering if the furnace would hold out in her two-bedroom ranch home in Longmont, Colo. The middle-school teacher had plenty of need for it: Her home, built in 1963, has no wall insulation, little attic insulation, and original metal-frame single-pane windows. In the winter, heat seeps out through recessed kitchen lights, ceiling-fan connections, the garage door, the crawl space, and especially uninsulated heating ducts, she learned.

In short, it’s a home begging for an energy-efficiency retrofit. A package of insulation, caulking, leak sealing, and other measures could cut Thomason’s energy use from 25 to 50 percent or even more, according to a home-energy auditor who inspected the house.

Thomason is an ideal candidate for Property Assessed Clean Energy (PACE), a financing method designed to make retrofits affordable. She’s a 42-year-old social studies teacher with a two-year-old mortgage who’s eager to make investments that would cut her heating and electricity bills.

The problem, of course, is the cost. A full retrofit, including a new furnace and two new windows, would cost $11,000. Thomason figures it would pay for itself eventually, but the upfront cost is more than she can afford, she said.

“Needless to say, my heating bill is excessive, and I keep my house between 60 and 65 degrees,” she wrote in an email. “I do not have the funds to fix these problems as I am living on a teacher’s salary and still paying off school loans. I wanted to make the upgrades for economic and environmental reasons. I do not want to be consuming a lot of natural gas to heat the outdoors.”

PACE programs tack the cost of retrofits onto property-tax bills, letting homeowners pay them off gradually over 10 to 15 years, reaping energy savings as they go along. If a property owner sells, the outstanding balance, along with the improvements, go to the buyer. When Boulder County introduced its ClimateSmart loan program, which uses the PACE model, it sounded ideal to Thomason, especially given the difficult credit market.

“I saw the program and figured it was a great opportunity to finally make the upgrades I needed on this house,” she said. “I didn’t even consider going to a bank, after owning a house for two years, and saying that I needed a home-improvement loan to take care of all this. I probably wouldn’t qualify, and the interest rates would be higher.”

She attended a meeting about ClimateSmart, which proved highly popular since its launch last year. She applied, undertook the required home audit, and determined that she could afford the $500 the assessment would add to her yearly property-tax bill. She had bids from local contractors and hoped to have the work completed during her summer vacation.

“I was looking forward to a warm winter,” she said.

That’s when Fannie Mae and Freddie Mac threw the program into confusion by sending letters suggesting that mortgage lenders should steer clear of PACE, arguing that PACE liens could not take priority over mortgages. The government-chartered mortgage giants are concerned about losing out if homeowners with clean-energy assessments default on their loans.

Boulder County commissioners, along with Colorado Gov. Bill Ritter (D) and others, urged Fannie and Freddie and their federal regulator to clarify their cryptic letters and resolve the issue. But last week, after having already delayed the program once while awaiting resolution, the county felt compelled to cancel the latest round of ClimateSmart funding.

“We had a couple hundred homeowners who were applying for $3 million in financing for projects who have essentially been hanging in limbo,” County Commissioner Will Toor said. “We initially hoped the issue would be quickly resolved. It hasn’t been. While we still believe that it will eventually be resolved, we couldn’t ask our homeowners and local green building contractors to just remain in limbo.”

Energy retrofits are one of the most promising investments the nation can make, since they create local jobs (which can’t be outsourced), save money for property owners, and cut the energy use of buildings, which account for 38 percent of the country’s carbon dioxide pollution. The Home Star (“Cash for Caulkers”) Act awaiting action in the Senate would help retrofit an estimated 3.3 million homes through rebates, while the compatible PACE method addresses the biggest current barrier for homeowners—access to credit.

Meanwhile, Boulder County officials are telling homeowners to seek out other funding methods. The county is looking into providing microloans later this year, Thomason said, though she’s heard they’ll be capped at $3,000, far short of the $11,000 she’d hoped to invest.

“With the first delay, I was irritated and thinking it was going to happen during the school year and I’ll have to take days off to get the work done,” she said. “But now I’m going to have to figure out something else. I don’t know what.”

This story was produced by Grist as part of the Climate Desk collaboration.